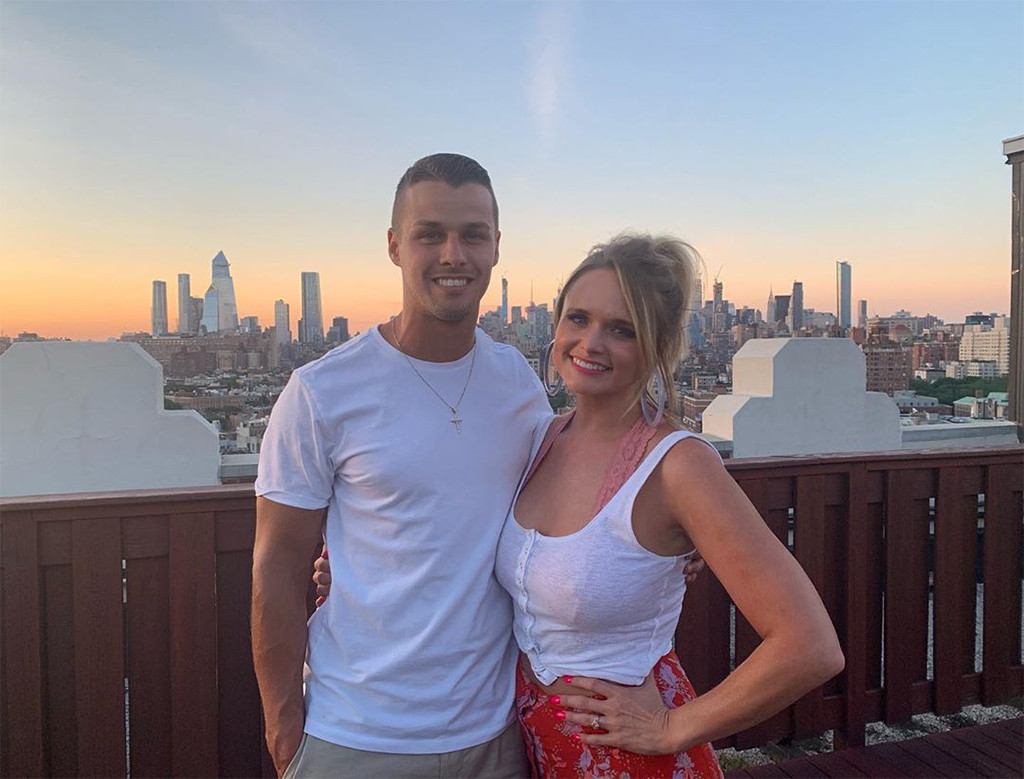 Miranda Lambert has a lot of love for one very special member of the New York Police Department.

The country superstar took to Instagram on Friday to post a picture of her smiling alongside her hubby Brendan McLoughlin, who just so happens to be an NYPD officer. The sweet snapshot showed the singer wrapping her arm around her spouse while they stood in front of a picturesque backdrop of the city’s skyline.

“NYPDA,” she captioned the photo.

She also couldn’t help but gush about her main man in the comments section. After fellow artist Brandi Carlile wrote “Good Lord that man’s face” underneath the picture, Lambert replied, “I know it’s ridiculous.” And when singer Randy Houser commented “love it,” Lambert replied, “Aint he a peach?”

Of course, this newlywed bliss should come as no surprise to the two-time Grammy winner’s fans. After all, the lovebirds have been spotted enjoying several cute couple’s moments since they tied the knot in a surprise wedding back in February. For instance, they were photographed linking arms on a romantic stroll in April and posed with some cute puppies in May.

To see more of their best pictures, check out the gallery. 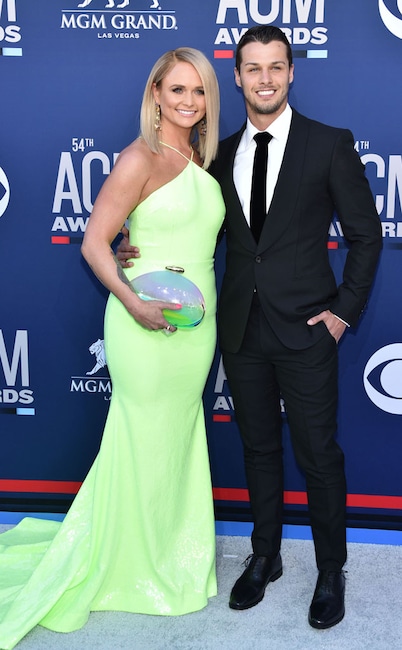 For their first red carpet appearance as a couple, the star and her hubby made quite the impression in stunning designer ensembles. 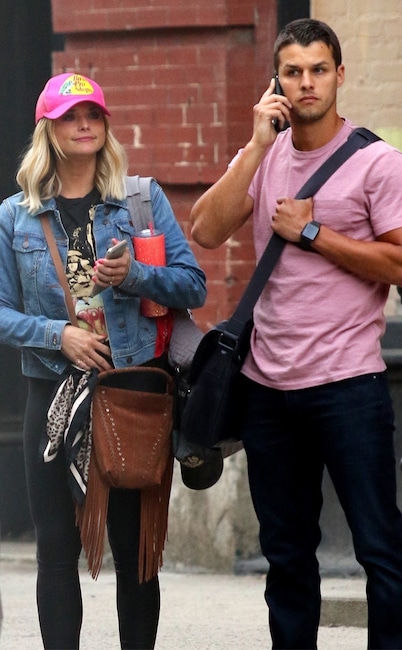 After her marriage to the police officer, the singer packed up shop and left the south for the big city. 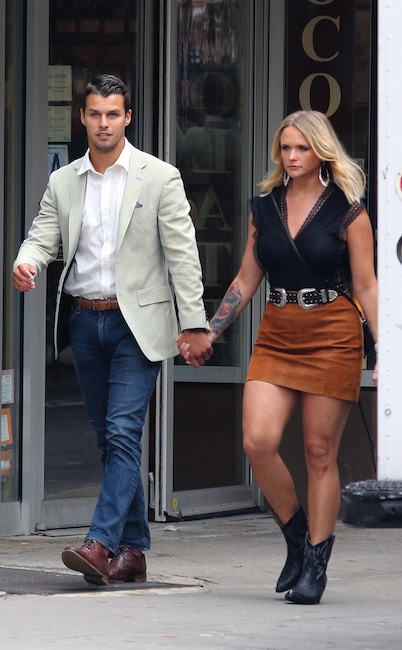 Even though she’s living in the Big Apple, the singer remains true to herself with a country-inspired look. 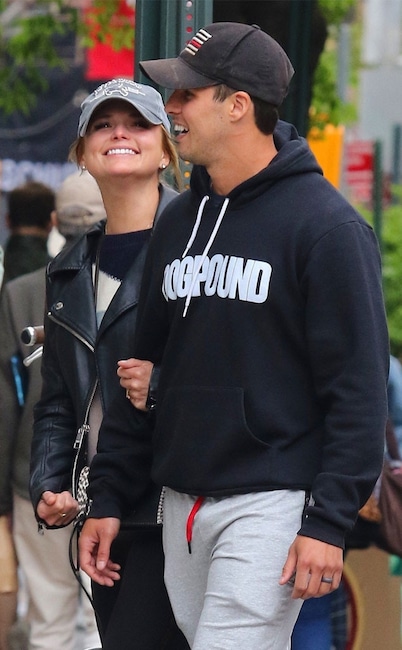 In May, the couple proves that the newlywed stage of marriage can last months. 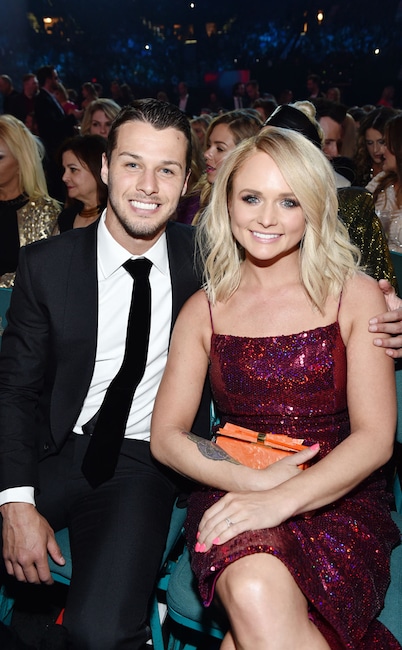 The perks of dating a country star like Miranda includes date nights at award shows and getting to dress up in your Sunday finest. 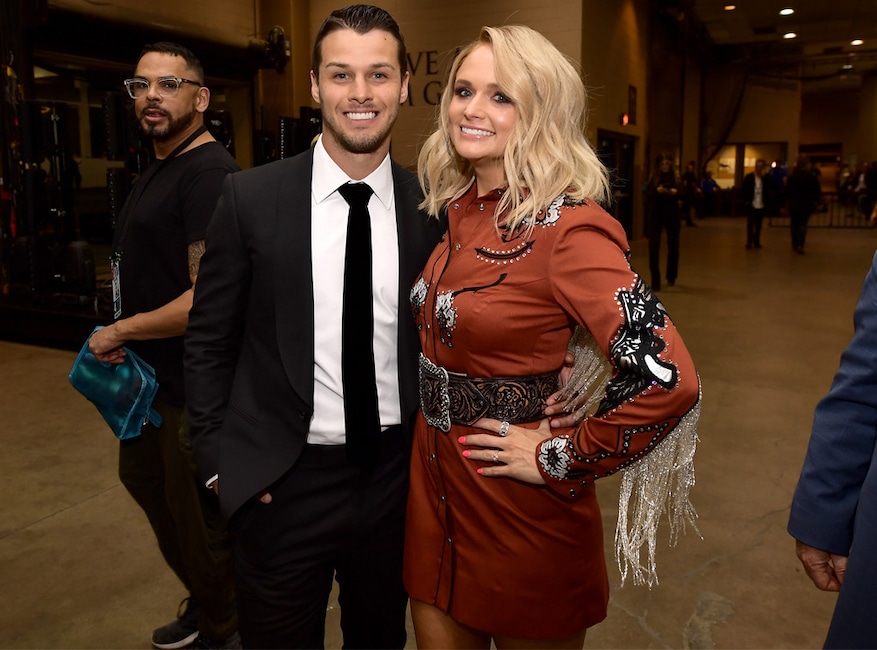 Although the pair is still in the early stages of their marriage, people began to speculate that their romance was already fizzling out in May. A rep for the star, however, said that these rumors were totally false and that the pair is “happy and together!” 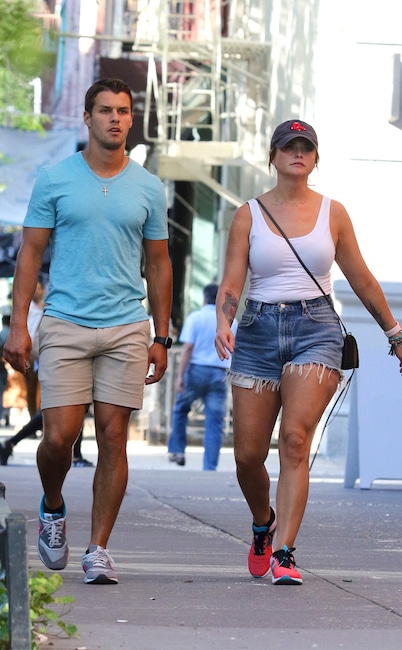 Miranda and Brendan enjoy a stroll through the streets of New York City.

There’s nothing like a little love in the Big Apple!