Mother-of-two, 42, who abandoned her degree aged 22 to get a job finally graduates from university 20 years later after juggling her studies with work and raising her sons

A mother-of-two who abandoned her studies in her early twenties has finally graduated from university two decades later.

Carla Loft, from Cheshire, decided to drop out of university when she was 22 years old to work full-time.

But after having her first child, who is now 13 years old, she began to feel ‘unfulfilled’ and wanted to resume her studies. 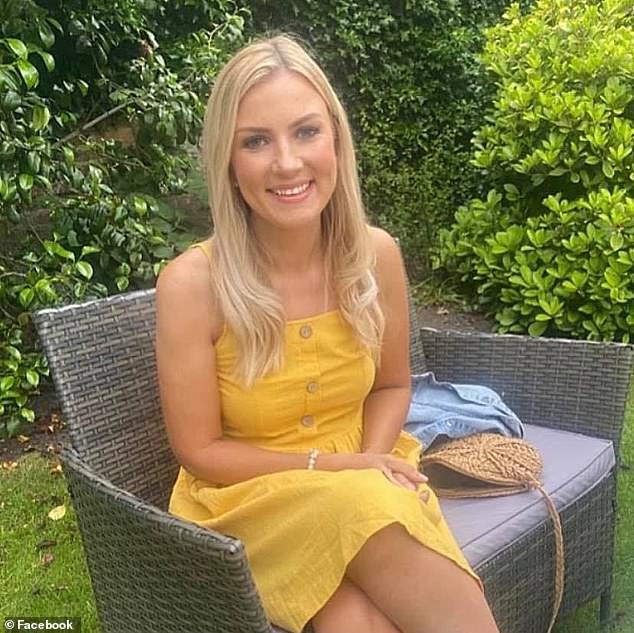 Carla Loft, 42, from Cheshire, has graduated from The Open University after first starting her degree when she was 20 years old 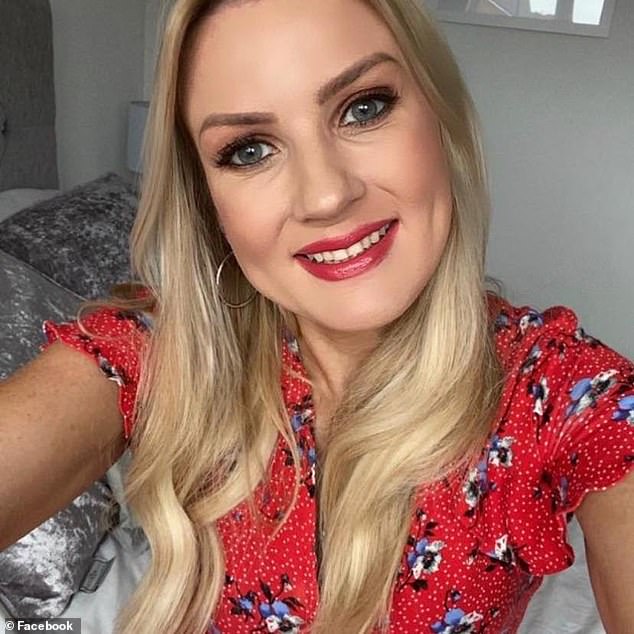 The mother told The Daily Express: ‘It had always bothered me that I had never completed my degree in my early twenties.’

After doing some research Carla began looking at distance-learning courses via The Open University.

In particular, she liked the look of the Combined Professional Studies course.

According to The Open University’s website the ‘flexible’ course offers a broad range of modules you can take, including maths, economics, accounting and modern European languages.

Other topics on offer include engineering, statistics and child psychology.

After making her choice Carla began her foundation degree, juggling her studies with raising a child and holding down a full-time job. 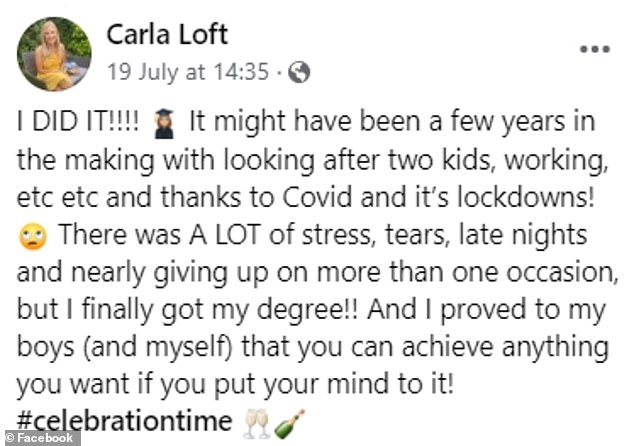 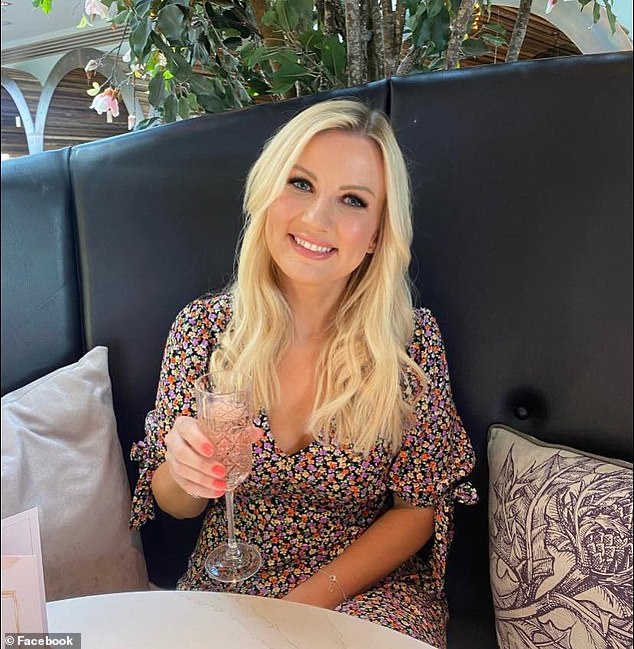 Carla is mother to two sons, aged 13 and four, who she said motivated her to keep studying when she was finding it difficult to juggle

As if she didn’t have enough to keep her busy, Carla found out she was pregnant in her second year on the course.

‘It hasn’t been easy and there were many times along the way that I felt like giving up,’ she said.

But the determined student persevered, fitting in university work around bed and bath routines for her children.

Carla said she sometimes found herself studying late into the night as it was the only time she had to herself.

However, after years of hard work she has finally graduated and despite it not being an easy journey, she has encouraged other mothers to follow in her footsteps if they want to resume their studies.

Throughout her degree Carla, who works as an accounts and administration assistant, said she was motivated by her 13 and four-year-old sons, who she wanted to prove something to.

After receiving her degree certificate Carla posted on LinkedIn to show off her incredible achievement.

She said: ‘Today something big happened. At the ripe old age of 42 I finally got my degree!’

She added: ‘It’s not been easy studying while raising two kids, working, and the general stresses of daily life, add a pandemic into the mix and a few lockdowns!

‘There were lots of times that I wanted to give up and many tears along the way but I have proved to my two amazing boys (and myself) that it doesn’t matter what order you do things in life or how long it takes, if you really want something and you’re prepared to work for it, then anything is possible.’

After posting a photo of herself with a celebratory glass of bubbly, people commented on Carla’s post to congratulate her on her achievement.

A fellow mother said: ‘I was in the same shoes as you when I started studying with the Open University in 1982 when I was 24.

‘With two daughters born in 1981 and 1983 respectively, it was difficult to always find time to study.

‘Nevertheless I picked up the baton again in the late 90s and completed my BA (Hons) degree in 2003. Well worth the wait and I’m sure like me you feel great pride in what you have achieved.’