A mother-of-nine has revealed how her toddler boys celebrate their birthdays on different days – despite the fact they’re twins.

Jo Hayhoe, 38, who lives in Clacton-on-Sea, Essex, was induced at 37 weeks with fraternal twins Bobby and Blake in December 2020.

She gave birth to Blake at 11.57pm on December 7 and shortly after Bobby arrived at 12.26am, meaning the twins while have different birthday days.

But the family are not yet opting for double festivities, with Jo deciding to alternate the day that they celebrate each year until the twins are old enough to decide what they want. 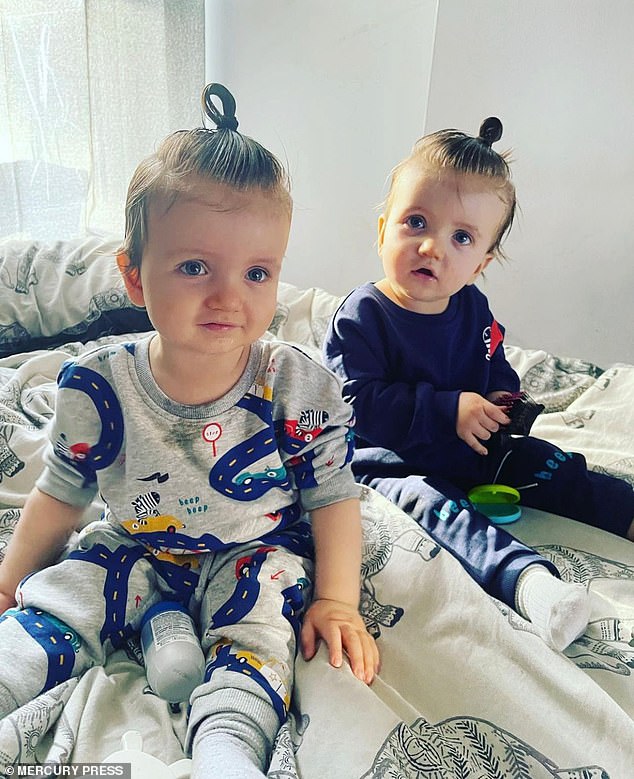 Jo Hayhoe, 38, who lives in Clacton-on-Sea, Essex, was induced at 37 weeks with fraternal twins Bobby and Blake, pictured now at 15 months. Because they were born thirty minutes apart, the boys don’t share the same birthday 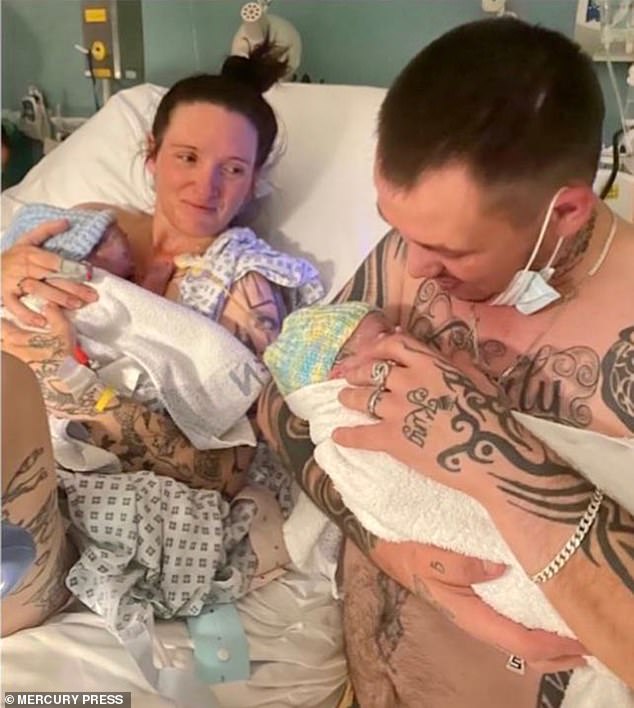 Jo, pictured in hospital with her husband Richard, 37, gave birth to Blake at 11.57pm on December 7 and shortly after Bobby arrived at 12.26am on December 8, meaning the twins while have different birthday days

She said: ‘It is nice that they now have the option to have their own birthday.

‘But I am going to alternate the birthdays until they are old enough to make their own decision.

‘They celebrated their first birthday together on December 7 – which is Blake’s birthday.

‘Next year, they will celebrate together on Bobby’s.’ 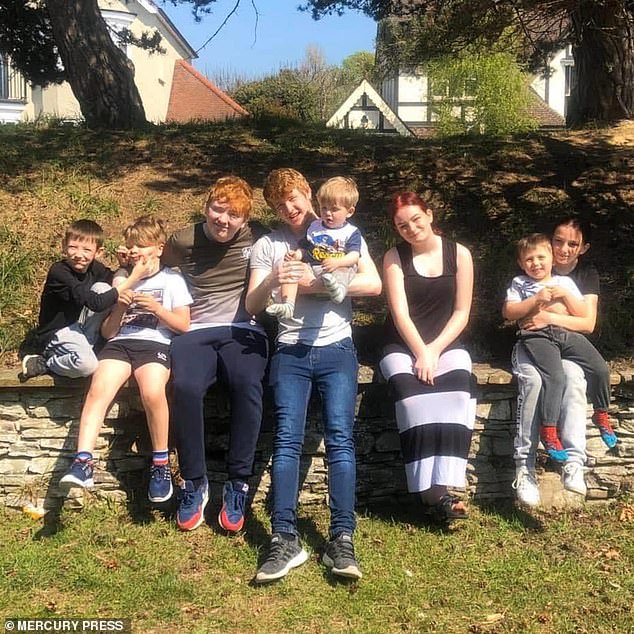 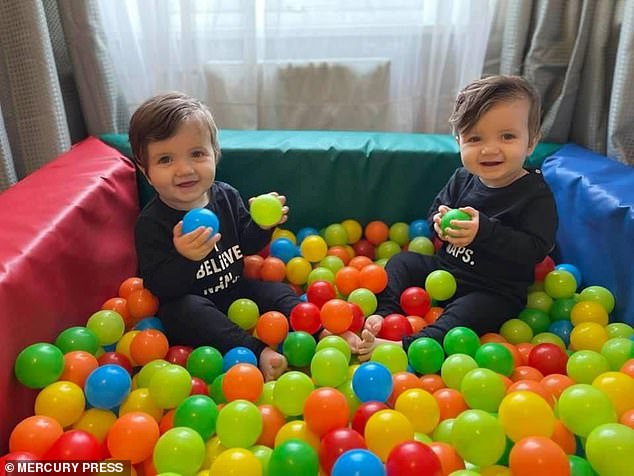 For now, the boys are celebrating their birthday together, either on December 7 or December 8, but once they are older, they can decide to celebrate on their respective day

The stay-at-home mum planned a natural birth because medics were confident it would go smoothly, after already delivering seven children, but she had to be induced at 37 weeks.

Despite entering the world quickly, the twins had a tough time and were taken straight to the newborn intensive care unit [NICU].

Bobby was born with an air pocket in his lung and Blake required a lumbar puncture.

All the siblings thought it was ‘cool’ that their new twin brothers have their own birthdays to celebrate. 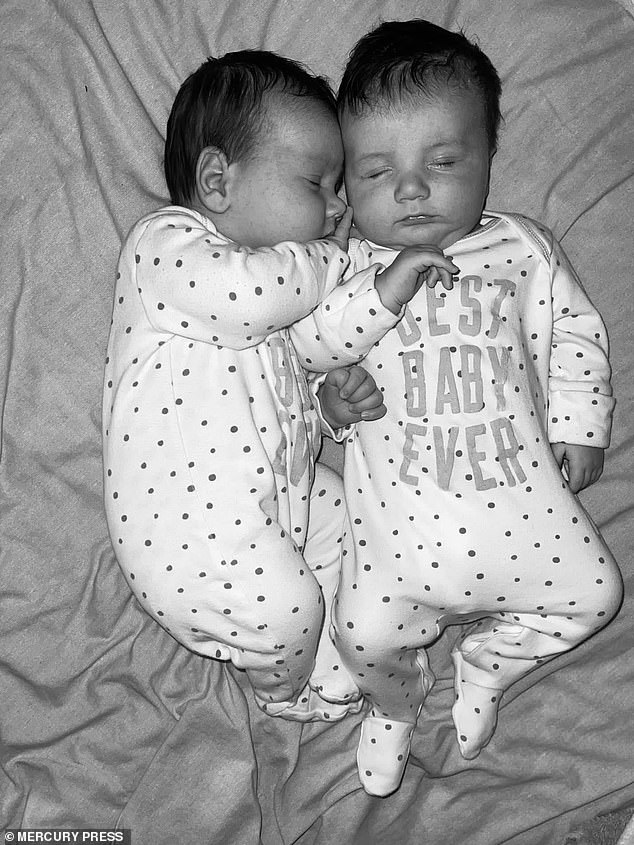 Jo said: ‘I have heard of twins arriving on different days before, but didn’t think it would happen to me.

‘I have basically been pregnant for a decade and it’s always plain sailing.

‘The labour was fast and went smoothly but after was hard to deal with.

‘I had all of my kids at home and newest babies in the hospital – it was a tough time.

‘But it made their return home even more special. Everyone was ecstatic to meet them.’ 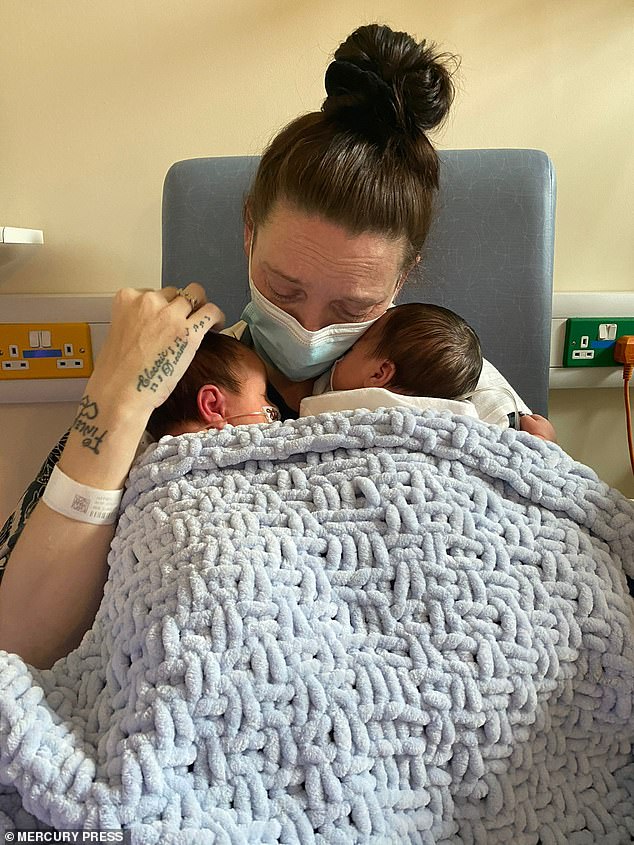 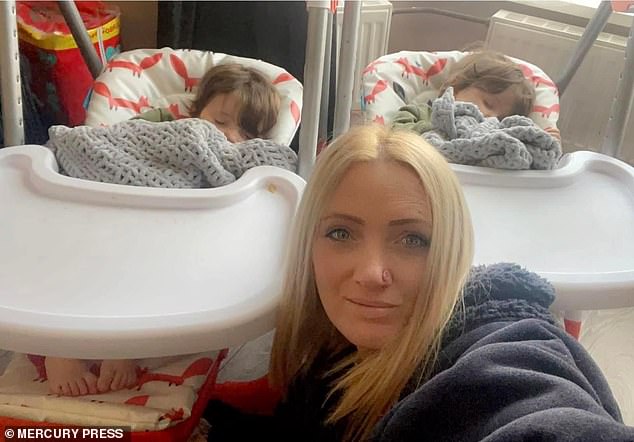 Jo describes her home as ‘manic but full of love’.

She said: ‘My house can be crazy and loud at times but I wouldn’t have it any other way.

‘I am constantly washing clothes, folding and putting them away but I am used to it now.

‘My husband Richard, 37, who is a landscaper, helps too when he isn’t at work.

‘I love being a mum of a large family, it’s all I have ever known.

‘Dan once said to me it’s great as they will never get lonely which was great to hear. 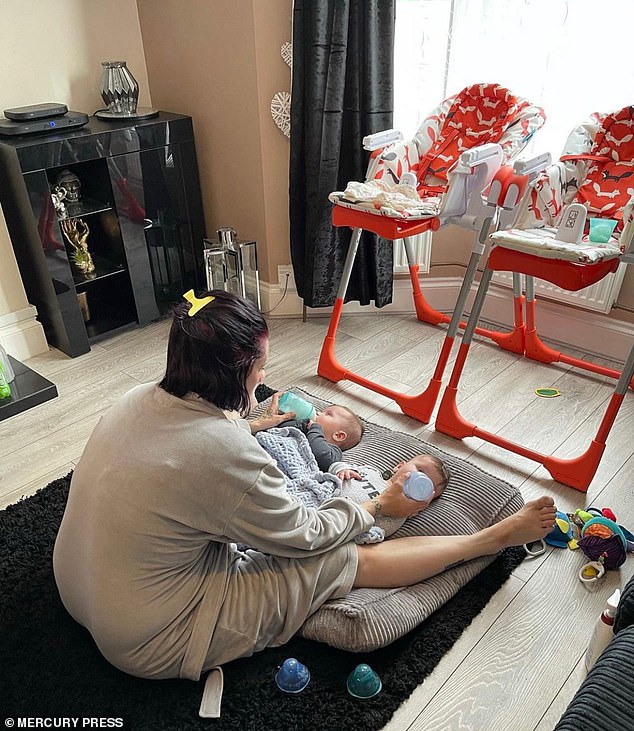 After the boys were born, Jo said she had to juggle looking after two newborns with the demands of her busy household 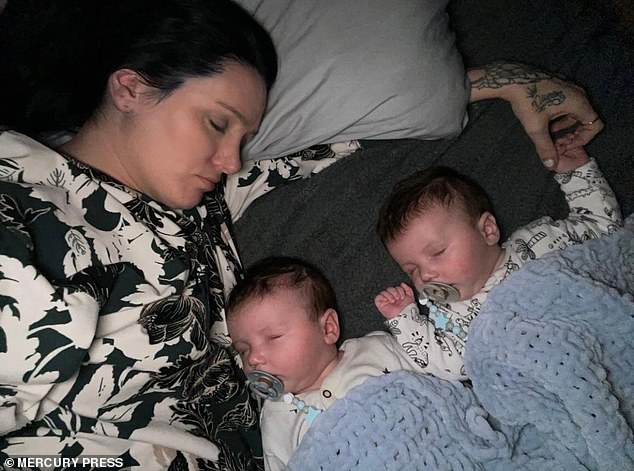 Cuddle time! The happy mother said she doesn’t know what she would do without her brood, and that while the boys were big during pregnancy, she added ‘nothing beats that amazing feeling knowing you have babies growing in your stomach’

‘It can be hectic at times and sometimes I just want to sit down but I wouldn’t change it for the world.

‘They give me a reason, I don’t know what I’d do without them.

‘I also love being pregnant, the twins did take a strain on my body as they were big; Bobby weighed 7lb 2oz and Blake was 7lb 12oz.

‘But nothing beats that amazing feeling knowing you have babies growing in your stomach.’