WHEN Karl Lansley’s wife died in her sleep as she slept beside him, aged only 36, his loss was so overwhelming, that at first he thought he’d never be able to move on.

Karl had been making a cup of tea for wife Carli when his daughter realised her mum wasn't moving. 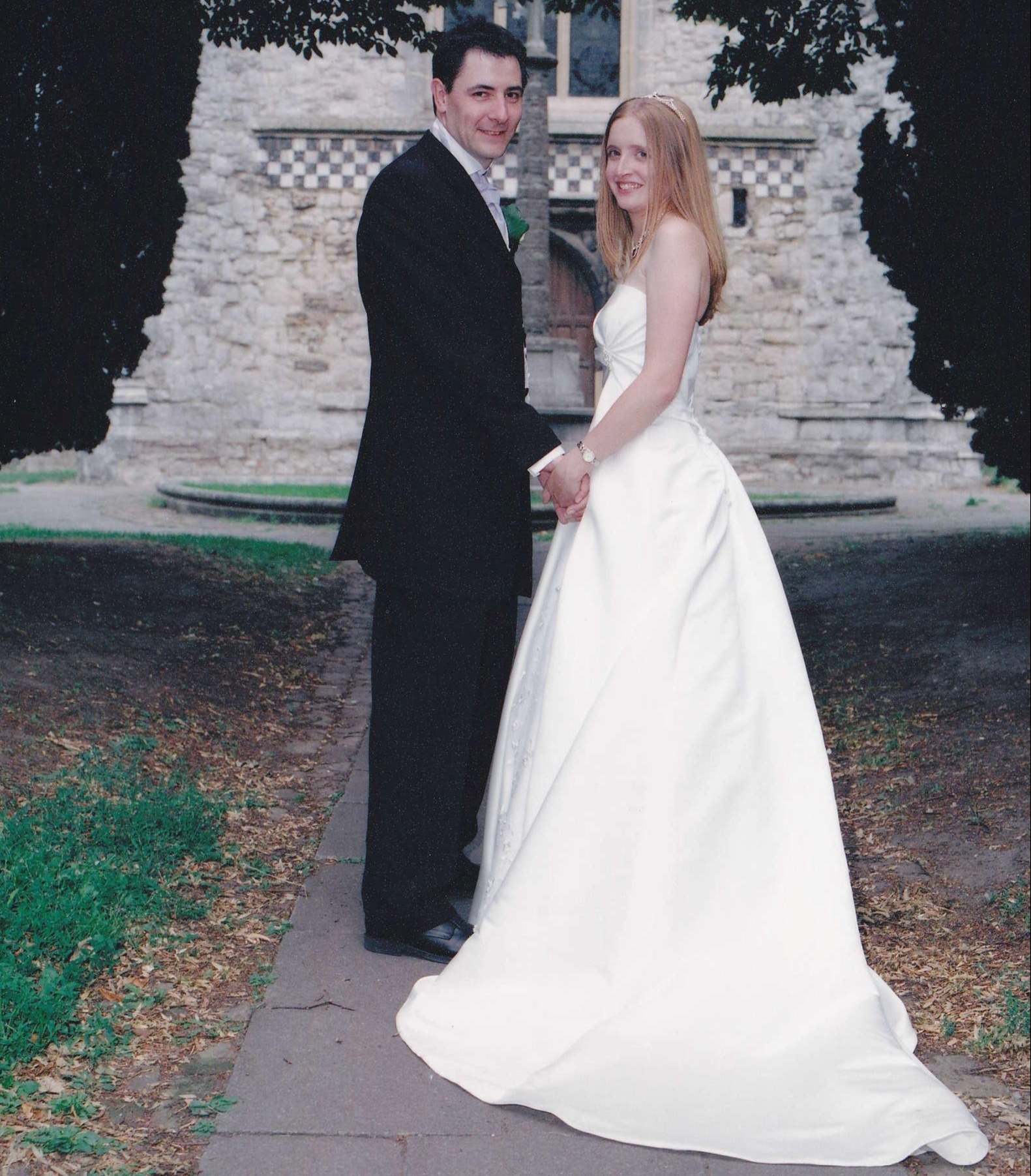 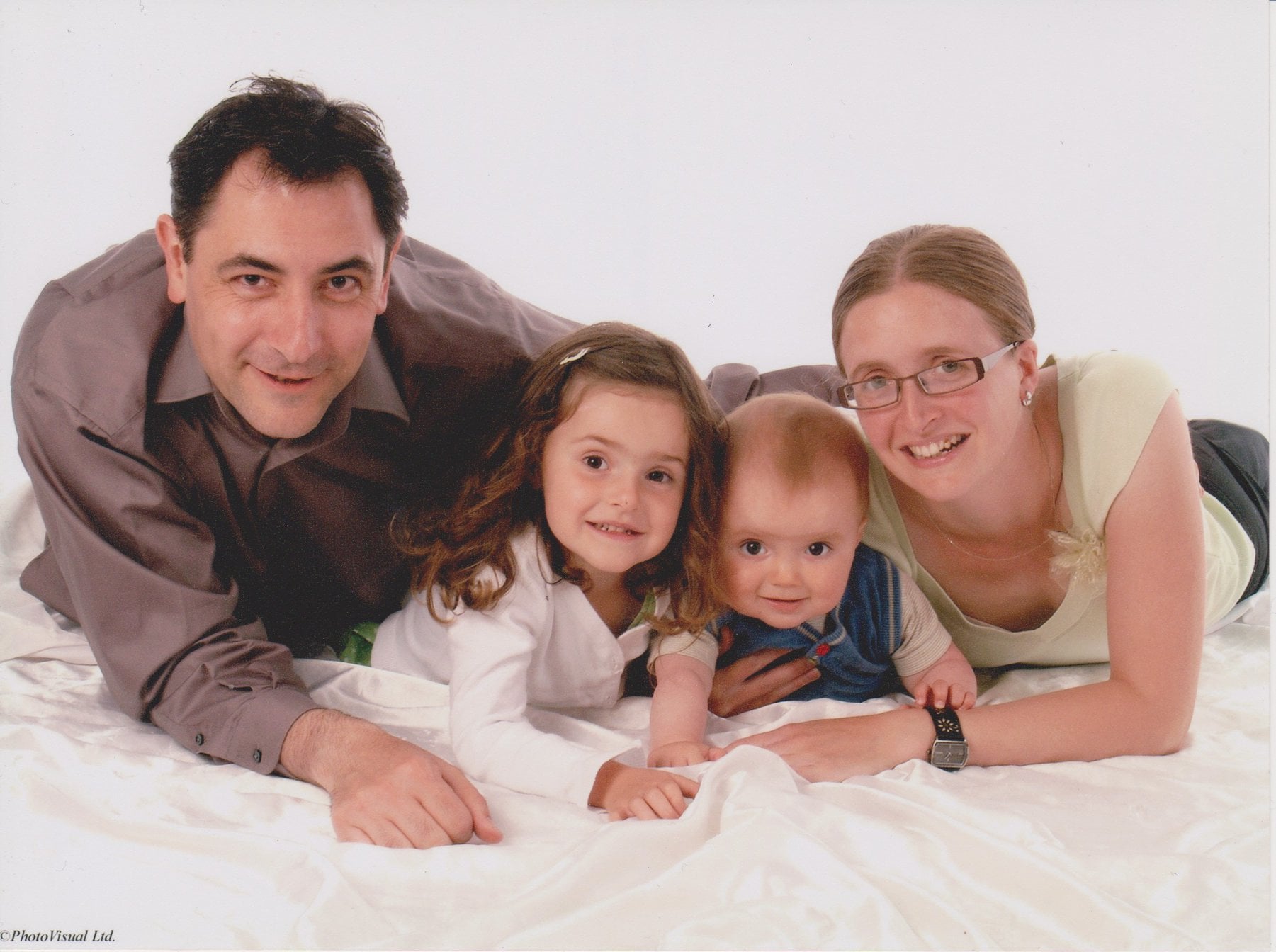 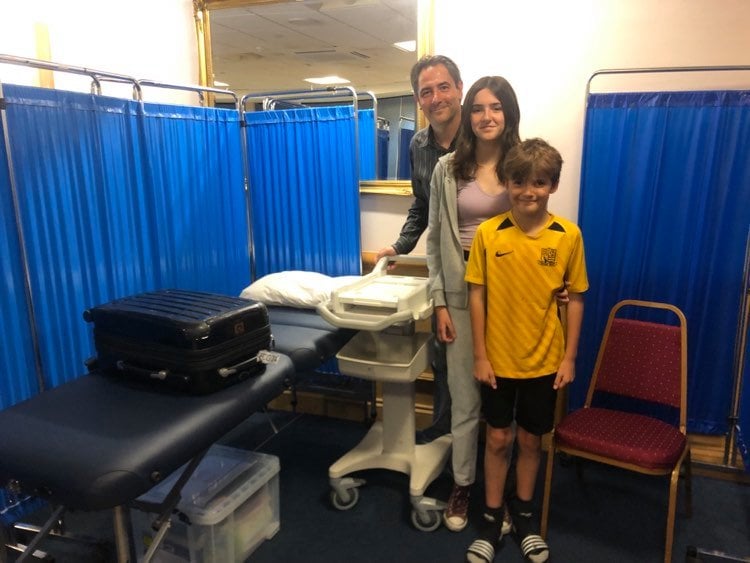 The 50-year-old father-of-two from Leigh-on-Sea, Essex was married for 13 years to late wife Carli, mother of their children Jessica and Ethan.

Karl says: “Carli and I met in 1998. Her sister was dating my best friend, and we realised they were trying to set us up together! But at first I thought she was much too young for me.

“For the next year, the four of us would go out as friends but nothing more.

“Finally, we started dating, and although her sister and my best friend split up, Carli and me realised we’d found our soulmate in each other.

“She was quite reserved. But she was also kind and thoughtful, and had a way that drew people towards her. Together we liked doing ordinary things – going for walks, going to the beach. Everything was just much better when she was there to share it with.”

When they met, Karl worked for a bank and Carli worked in Superdrug.

After their children arrived, Carli stopped working full-time and got a new job part-time as a hospital typist.

She’d always seemed perfectly healthy until she passed away, some time during the night of May 31, 2017.

Karl says: “The evening before she died, was pretty much like any other. We were together at home doing ordinary things, playing with the kids, having dinner and watching the TV, and then she went up to bed.

“Her last words to me were: “I’m off to sleep. Night night, love you.”

“Next morning, I got up at 6am as I always did, got myself ready for work, and started making Carli a cup of tea at 7am. But while the kettle was still on, Jessica came downstairs and told me: “Mum isn’t moving.”

“I thought my wife must just be in a very deep sleep, so went to wake her up. She was lying curled up on her side and looked normal and peaceful. But then I realised with a dreadful shock – she wasn’t breathing.

“In a panic, I sent the children to knock for our next door neighbour, while I dialled 999. The emergency operator was trying to tell me how to give my wife CPR, but I just couldn’t take in what they were saying.

“My neighbour took the receiver and gave artificial respiration until the ambulance arrived.”

But when the paramedics came, they said that Carli had already been dead for some hours.

“Her heart had simply stopped as she slept. She must have slipped away so quietly, I just didn’t notice anything was wrong,” says Karl.

Later an autopsy couldn’t determine an exact cause of death, except to say that Carli’s heart had quit beating as she lay in bed beside her husband, because of a previously undiagnosed heart problem.

In adults this is known as Sudden Arrhythmic Death Syndrome (SADS).

There was no inquest because there were no suspicious circumstances.

Four years on from Carli's death, Karl has poured his grief into a charity funding screening for previously undiagnosed heart problems, which hopes to prevent other families from suffering the same tragedy.

Karl says: “We were given the option of laying her to rest without her heart, while it was being tested, or we could wait for the heart to come back and lay her to rest, together with her heart. We chose to wait.

In one in five young sudden cardiac deaths, no definite cause of death can be found, even after drugs have been excluded and an expert cardiac pathologist has examined the heart for structural abnormalities.

In such cases, the death is attributed to Sudden Arrhythmia Death Syndrome (SADS), an umbrella term for many different causes of cardiac arrest in young people.

Some SADS deaths are caused by specific rare diseases, including Long QT Syndrome, Brugada Syndrome and Sodium Channel Disease, which affect the electrical functioning of the heart, without damaging the heart’s structure.

There’s a simple way to diagnose most cardiac abnormalities – . by having an ECG (electrocardiogram) test. Results should be read by a cardiologist. For extra clarity an echocardiogram can also be done.

The charity Cardiac Risk in the Young (CRY) provides subsidised screening to young people aged 14 to 35, and collects medical information on the most common causes of unexpected SADS in young people under 35.

But the charity says: “In the UK, unexplained sudden death is frequently recorded death from natural causes. Until the law is changed and coroners have to refer hearts on to specialists, we won’t know the true figures.”

If there has been a young (under 35) sudden death in a family, the family is entitled to be screened for previously undiagnosed heart problems, on the NHS.

An ICD is a medical device to treat life-threatening heart rhythm abnormalities. It consists of a small box containing a battery and electronics that is inserted under the skin and wires that are most commonly passed through the bloodstream into the heart but can also remain under the skin.

It’s thought that cot death in babies may be partly due to the same causes as SADS.

Afterward, he was left in a state of shock. “It felt like I was on auto-pilot. With a lot of help from family and friends, I took care of the children. But nothing made sense and I was just sleep-walking through life.

“Seven months after Carli died, in February 2018, we put her headstone on the little plot on the cemetery where her ashes were buried. All the emotions came flooding back, strong as ever. That was a horrendous day, I really struggled.

Karl decided to start a fund in his wife’s name – the Carli Lansley Foundation – which might prevent other people going through the same terrible loss.

He started raising money and made contact with the charity Cardiac Risk in the Young – experienced in running ECG screening for young people, in order to detect previously undiagnosed heart problems. "The way it operates is, we do lots of fundraising, then send a cheque to the charity, and they organise a screening day in our home town, Southend.

I believe that had Carli had the benfit of an ECG screening when she was younger, she would still be here with us today

"CRY provide all the medical team and equipment at the venue. There are 100 time slots throughout the day. Each test takes ten minutes. The young people get an ECG screening, they get a heart check, there's a doctor on site and staff discuss the results with the patient even if it's all clear.”

The foundation was hampered by the Coronavirus pandemic, when they could hold no screenings for over 18 months. But they are now back up and running – and recently held their first screening day since lockdown.

So far the charity has organied the screening of 800 young people – of whom about 20 were found to need treatment for previously undetected heart problems.

Karl quit his job at the bank after losing his wife, and now works three days a week, with young adults with learning disabilities. Today Jessica is 15 and Ethan is 11.

He says: “I am passionate about our charity, because I believe that had Carli had the benfit of an ECG screening when she was younger, she would still be here with us today.

“It has given me a huge focus. Somehow, we’ve created something incredibly positive. So many people in our home town now know about Carli, which always strikes me as a bit surreal, given that she was so shy.

“There’s not a day that goes past that I don’t think about her and miss her, more than I can say. But I know that if see can see us now, she’d be incredibly proud to know what has been achieved in her name.”

If you want to donate to the Carli Lansley Foundation then you can visit their website. 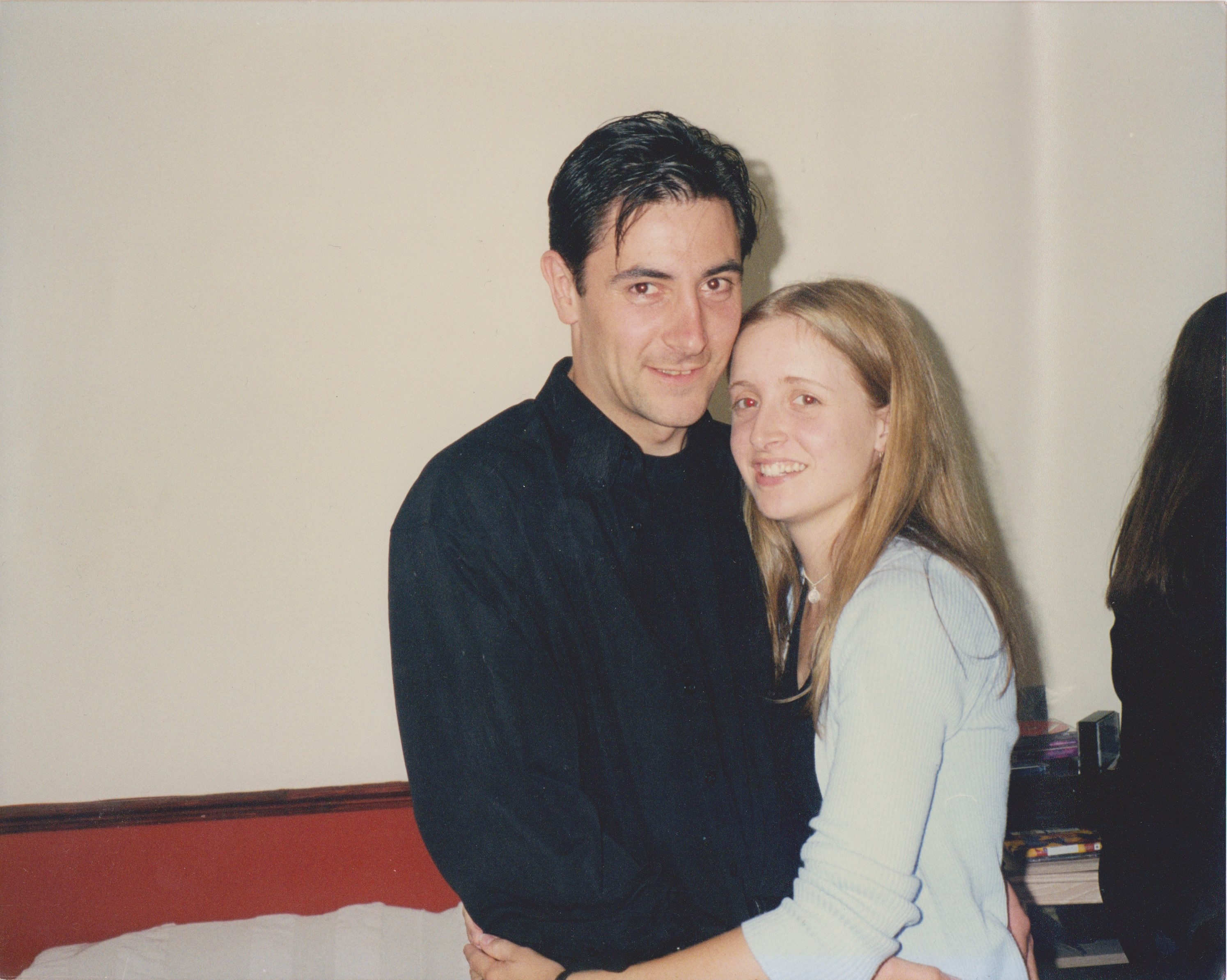 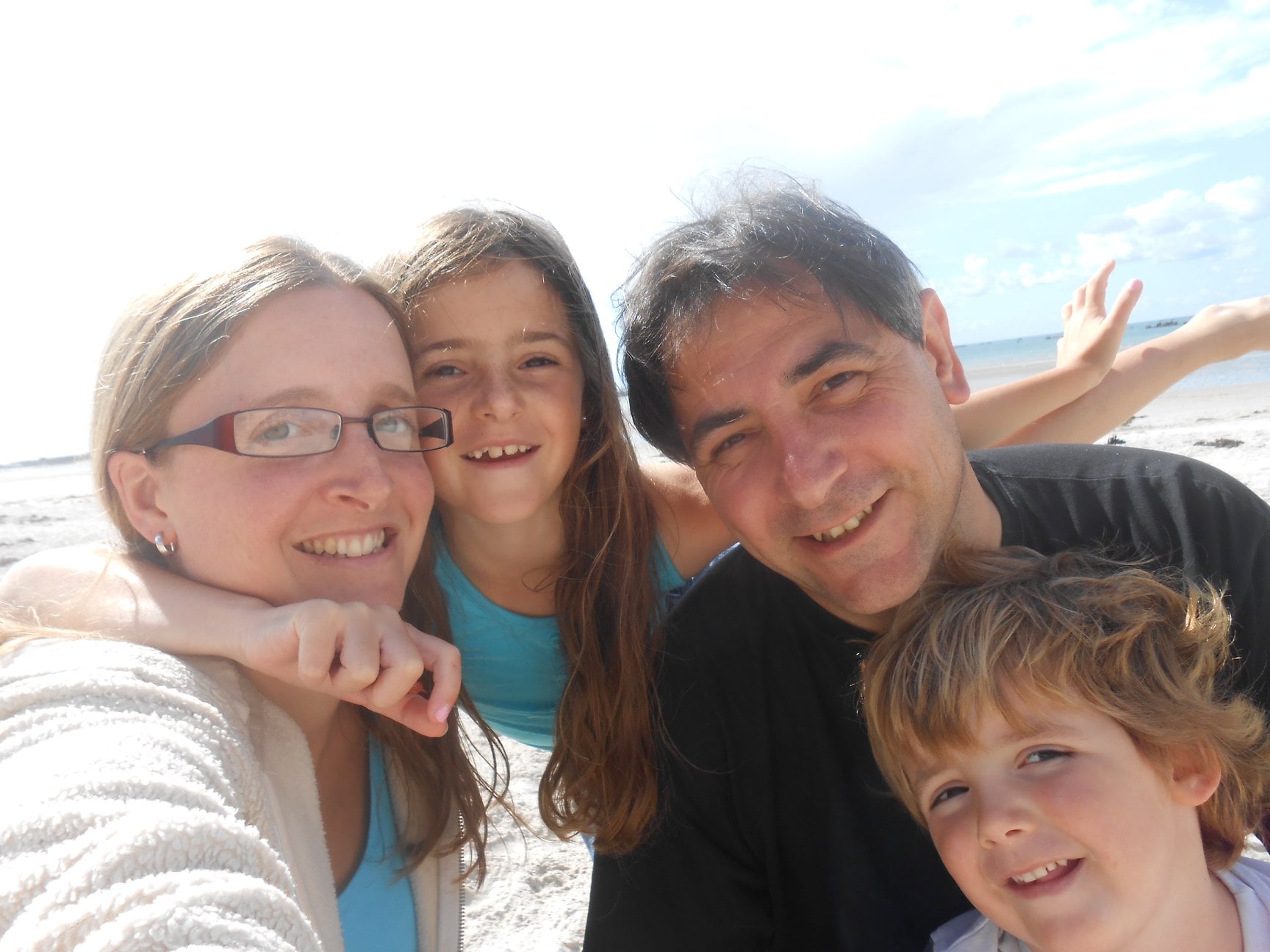