The Victorian Nationals are celebrating the gain of three additional lower house seats, but an internal fight has broken out over their Coalition agreement with the Liberal Party, which suffered an overwhelming defeat in Saturday’s election.

The Nationals were spruiking their electoral success on Sunday, declaring it the best result since 1943. 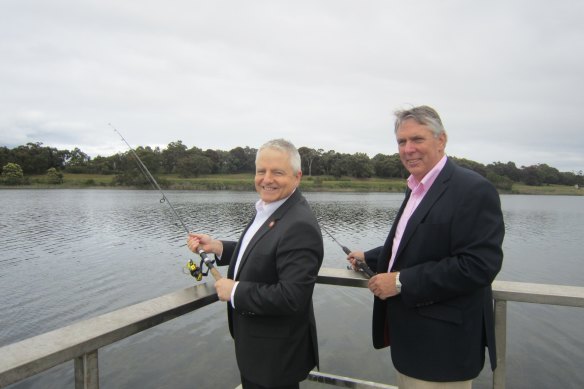 Nationals leader Peter Walsh, right, insists his party should stay in a coalition with the Liberal Party.Credit:Samantha Robin

As votes continued to be counted on Sunday night, the junior partner in the Coalition was set to snare Mildura from independent Ali Cupper, Shepparton from independent Suzanna Sheed and Morwell from Labor and Liberal candidates.

But on Sunday, Nationals MP for Gippsland South Danny O’Brien and his leader clashed after saying his party should review its agreement with the Liberals.

“It’s got to be something that’s considered,” O’Brien said. “Doesn’t mean it will happen. But it needs to be considered.” 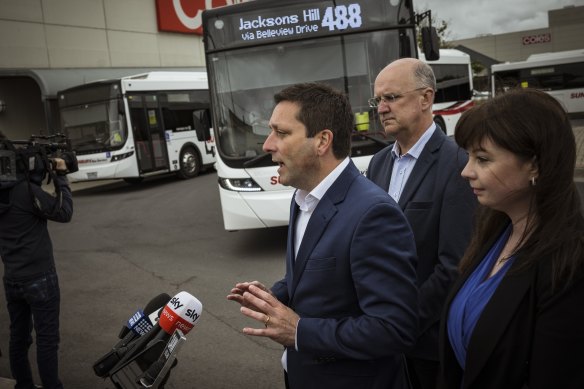 He said O’Brien had no authority to speak on behalf of the party after the MP made the comments on the ABC on Sunday morning.

“That’s his personal view, but he has no authority from the party to be making that comment because that is not the view of the party,” Walsh said.

He argued that the Coalition was crucial for the Nationals to form part of a government and serve the regional communities they represented.

Walsh insisted the Coalition had a chance of winning in 2026.

“By then, Victoria will be bankrupted with the debt and wokeness that is being embedded in our society,” he said.

The party is set to hold nine seats in the lower house.

Walsh said he wanted to continue as leader, but that would be a matter for the party room to decide over the coming week.

Matthew Guy said he would step down as Liberal leader, and several contenders have emerged, including Berwick MP Brad Battin and Hawthorn candidate John Pesutto, although the latter is dependent on winning the seat.

On Sunday night, former Shepparton mayor Kim O’Keeffe was on track to win Shepparton, which Sheed had held by a 5.3 per cent margin.

Jade Benham was expected to unseat Cupper after one term in Mildura.

In Morwell, Nationals candidate Martin Cameron was well clear of Labor on the two-candidate preferred vote. The retirement of former independent Russell Northe paved the way for the Nationals to reclaim the Latrobe Valley seat.

“What people in regional communities want is someone who is fighting for their fair share of infrastructure and services and making sure we’re not ignored by this current government,” he said.