Olivia Rodrigo’s debut album is here, and fans are convinced that one song in particular — ‘traitor’ — is a ‘nudge’ to the rumored love triangle between Olivia, Joshua Bassett and Sabrina Carpenter that ‘drivers license’ birthed.

Months after Olivia Rodrigo delivered the first monster hit of 2021 – and after releasing some highly successful follow-ups —  the High School Musical: The Musical: The Series star cemented herself as the next big name in music with the release of Sour. The debut album arrived on Friday (May 21), bringing a track that some fans think is essentially “drivers license” 2.0: “traitor.” As the song’s name states, the track is about a past lover who is now a “traitor” for taking only “two weeks” to date someone new.

“You betrayed me / And I know that you’ll never feel sorry / For the way I hurt, yeah / You talked to her when we were together / Loved you at your worst but that didn’t matter / It took you two weeks to go off and date her / Guess you didn’t cheat, but you’re still a traitor,” Olivia sings in one verse. Given the emotionally-charged lyrics — and reference to a past lover and third person — fans couldn’t help but think of the rumored love triangle between Olivia, her High School Musical: The Musical: The Series co-star Joshua Bassett and fellow Disney star Sabrina Carpenter that “drivers license” turned into one of the biggest conspiracy theories of 2021.

We must clarify, however, that it has never been confirmed if Olivia and Joshua actually dated. We must also point out that Olivia has dated her Bizaardvark co-star, Ethan Wacker (so, he could be a possible muse too). Regardless, after listening to someone break Olivia’s heart yet again on “traitor,” fans couldn’t help but think of her speculated romance with Joshua. Even the go-to website for lyric deciphering, Genius, said that “traitor” is “a song possibly about Joshua Bassett and Sabrina Carpenter’s suspected relationship, and how Bassett is a ‘traitor’ to Olivia by moving on too fast from her.”

“If someone treated me like joshua bassett treated olivia rodrigo in the song traitor i’d be absolutely broken. god i love her album already EEEK,” one fan tweeted, while another wrote, “Omg Joshua Bassett is shaking in his boots and I’m only on traitor!!! @Olivia_Rodrigo is a lyrical genius!” Another fan teased, “joshua bassett gonna post the lyrics to traitor tomorrow like “this was my favorite on the album 🙂 so proud of you liv x.”

Not everyone jumped to conclusions, though. “I really wanna know who broke her heart bc there’s no way that one man joshua did all this damage to my girl :(((,” one such fan tweeted.

It’s been a wild five months for Olivia. She’s turned 18. She released a juggernaut of a song, one that was a subject of a Saturday Night Live skit (months before she made her SNL debut). Olivia performed at the 2021 BRIT Awards in London, where she was finally able to meet her favorite songwriter, Taylor Swift., On top of all that, she just dropped her debut album. Not bad for someone who is old enough to drive but still isn’t old enough to drink.

Ahead of Sour’s release, there was a little bit of viral chatter over a possible collaboration on the album. Olivia shared the songwriting and production credits, and fans noted that her song, “1 Step Forward, 3 Steps Back,” credited Taylor Swift and her longtime music partner, Jack Antonoff. While some wondered if this was a collab – the “1” and the “3” in the title was thought to be a subtle nod to “13,” Taylor’s favorite number – Rolling Stone reported that the track was an “interpolations” of Swift’s “New Year’s Day.” Olivia said she was inspired by “Cruel Summer” when writing the bridge for “Deja Vu,” so this isn’t that surprising.

Neither is Olivia’s success. It’s been five years since she was first introduced to the world as Paige Olvera on the Disney Channel series Bizaardvark, and two years after she landed the role of Nini Salazar-Roberts on Disney+’s High School Musical off-shoot. “I’ve always been on [TV] shows, doing something in the public eye,” she told Nylon magazine ahead of her album’s release, “but it’s really awesome, now, to be recognized for my music, something so much more indicative of who I really am as a person.” While Olivia’s initial brushes with fame came by playing other people, her music, and its success, has left her feeling “a lot more seen.” 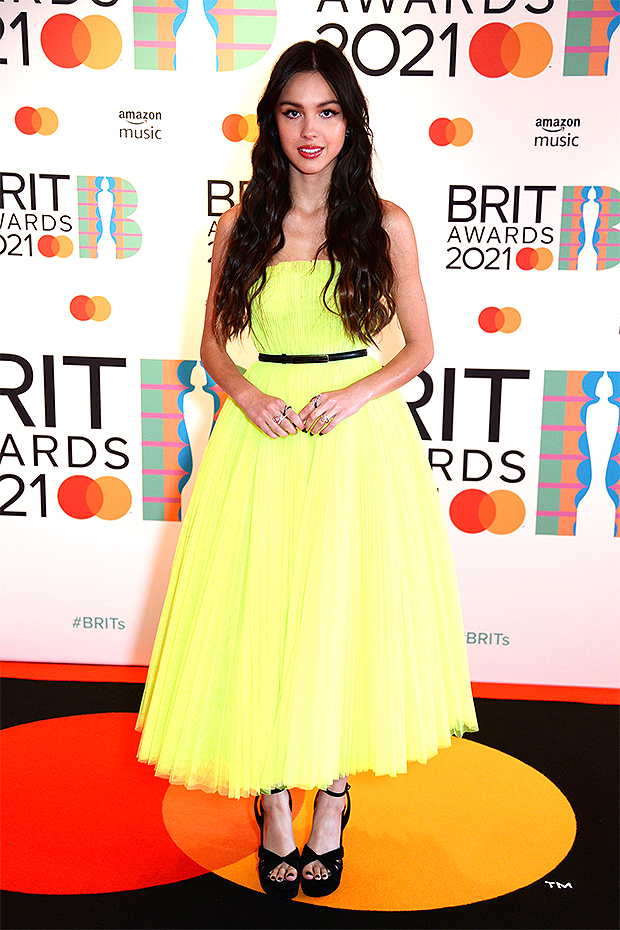 “I feel really understood when people come up to me, and they’re like, “Oh, I love your song” because it’s an extension of my heart. It means so much more,” she added. During the chat, Olivia touched upon one of the viral elements of “Drivers License,” specifically the aforementioned rumored love triangle involving her, her HSM co-star Joshua and Sabrina. “I’m a super specific songwriter,” she said, citing how “broad storytelling just isn’t fun in art medium,” But, she said she’s also “gone back and made revisions to make it a little less specific because sometimes” because she feels that gossip and “drama” diminishes the song. Suddenly, people are talking about the real-world gossip behind the track and not the actual songwriting.

“I don’t take it personally, really. I understand. I completely understand. And you know, lots of times, it isn’t malicious,” Olivia said of gossip. “Most of the time, I guess. It’s none of my business. I write my songs, and people can say whatever they want to say about it. [They can] think whatever they want to think about my life, and that’s just part of it. It doesn’t really bother me. I also try to stay off of social media and not look at that stuff.”

“Drivers License” was released on Jan. 8, 2021, reaching no. 1 on Spotify, Apple Music, and Amazon Music chars. The song broke Spotify’s streaming records and debuted at the top of the Billboard Hot 100. It spent eight consecutive weeks. “Deja Vu,” the second single from Sour, didn’t replicate the success of “Drivers License,” but its debut at No. 8 on the Billboard Hot 100 was still impressive. “good 4 u,” the third single, continued both Olivia’s momentum and the pop-punk revival.