One soon-to-be bride wanted to give her future husband a birthday gift he would never forget.

Rachel O’Neil, a plastic surgery consultant and mother of two, surprised fiancé Dave Kochba with a birthday party that quickly evolved into their wedding.

The couple ended their night at the altar, reading their vows in front of a marquee that spelled out the word “Love.” 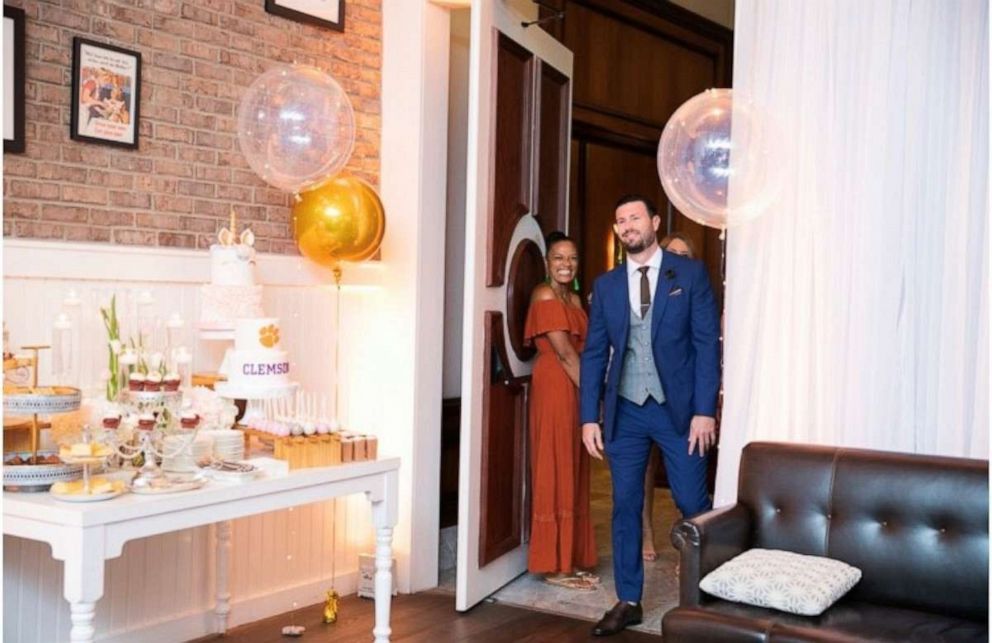 “I knew that the next person I wanted to marry had to be someone I truly loved and was compatible with,” O’Neil told “GMA.”

The most shocking part is how this super bride beautifully orchestrated the wedding almost entirely by herself, without Kochba discovering her year-long plan.

O’Neil used therapy appointments as a key component in her plan. Therapy not only gave her an excuse to go out and plan the wedding, but it also helped her obtain the marriage license. She was able to convince Kochba to sign it as part of her treatment, claiming that it would help her get over her fear of commitment after having previously been married. 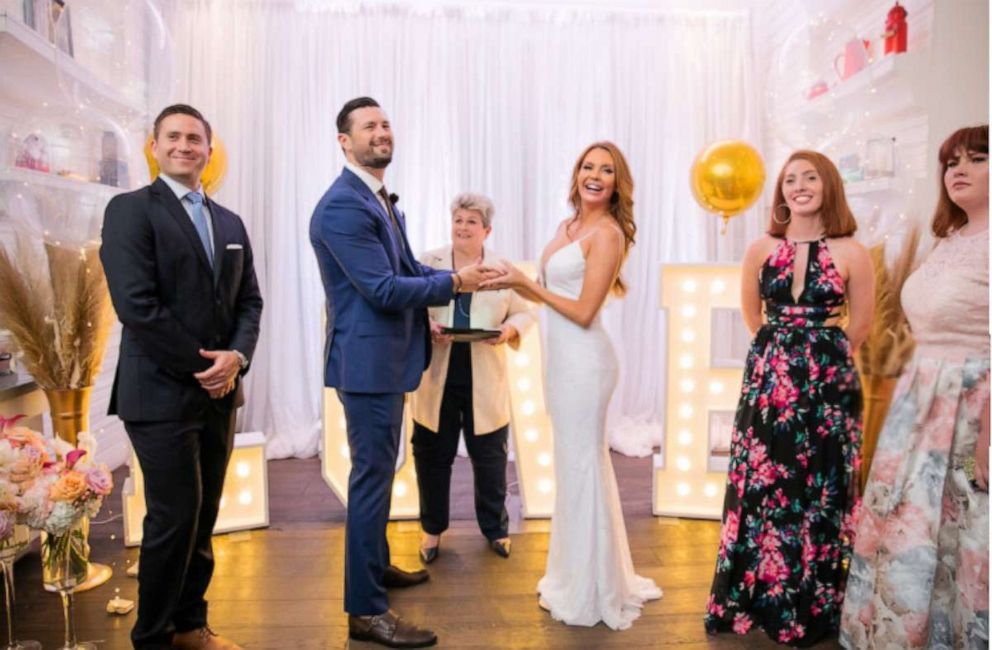 The significance did not occur to Kochba at the time.

“I had no idea she was planning this, however she has always been a lover of big birthday parties,” Kochba said.

O’Neil said that her love for them came from her adoptive mother and the effort she put into their special days. 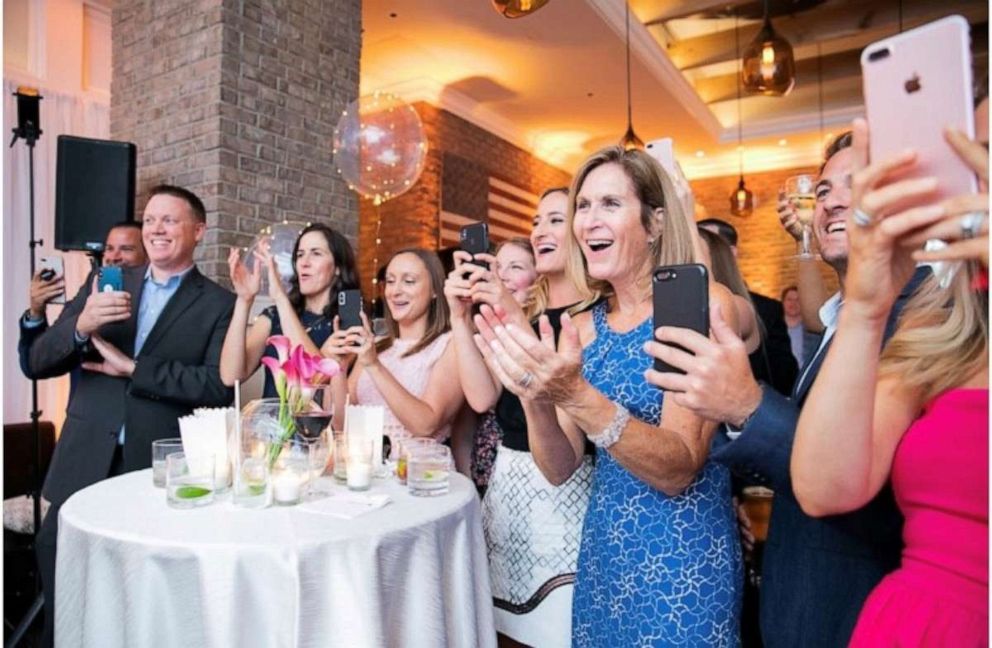 O’Neil decided to plan a surprise wedding to take away some of the overwhelming stress that comes with a traditional ceremony. Kochba had also been previously married, and the pair had agreed to take their time when it came to their engagement and planning their nuptials.

“Rachel completely took care of every detail,” Kochba said. “There was no overwhelming feelings or stress, it was just a time where we celebrated us.”

After announcing their engagement, O’Neil suffered an accident that resulted in a broken ankle. Although she said it was “one of the toughest experiences” she had ever been through, she also was grateful for the opportunity to see who her soon-to-be husband really was. 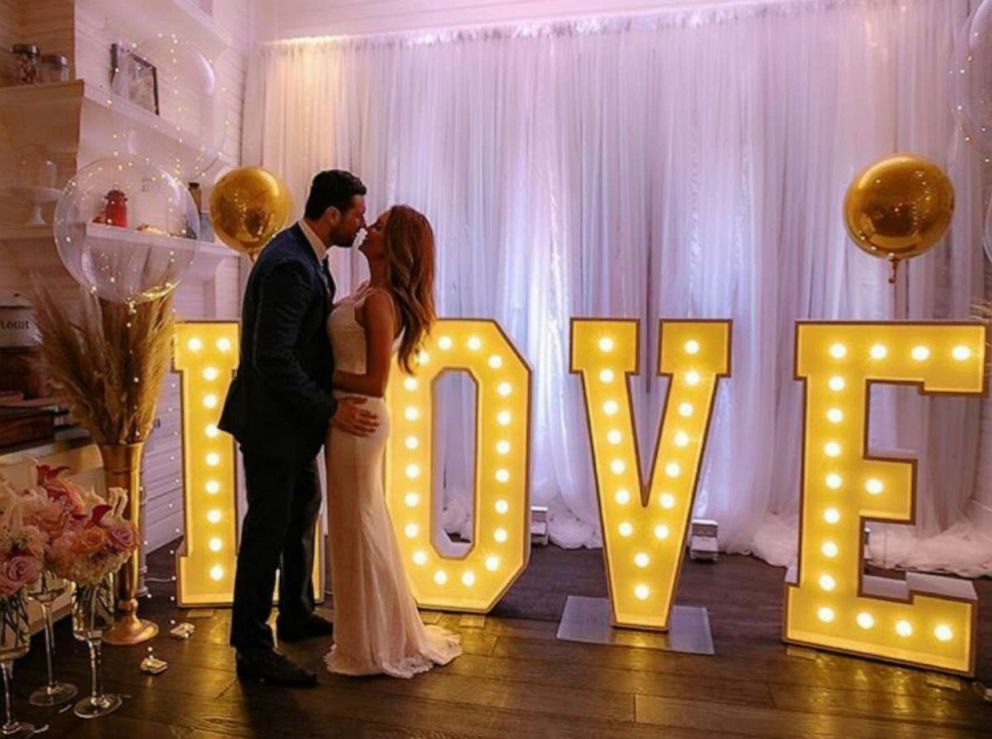 “If he is going to take on the role of helping me take care of my kids, not complain, and drive me to and from work everyday for a few months, I knew I had to tie this guy down,” she said. “He obviously was staying no matter what.”

That’s when O’Neil knew that he was the one for her. She and her daughters, Alexis and Carly, put their heads together to plan the best wedding they could imagine.

O’Neil explained that the key was to make sure “David felt that this wedding represented him as well, by intertwining different elements of David throughout the event.”

Other than O’Neil’s two daughters, the only person who knew about the plan was David’s sister, Dana Kochba, who helped with guests’ contact info. 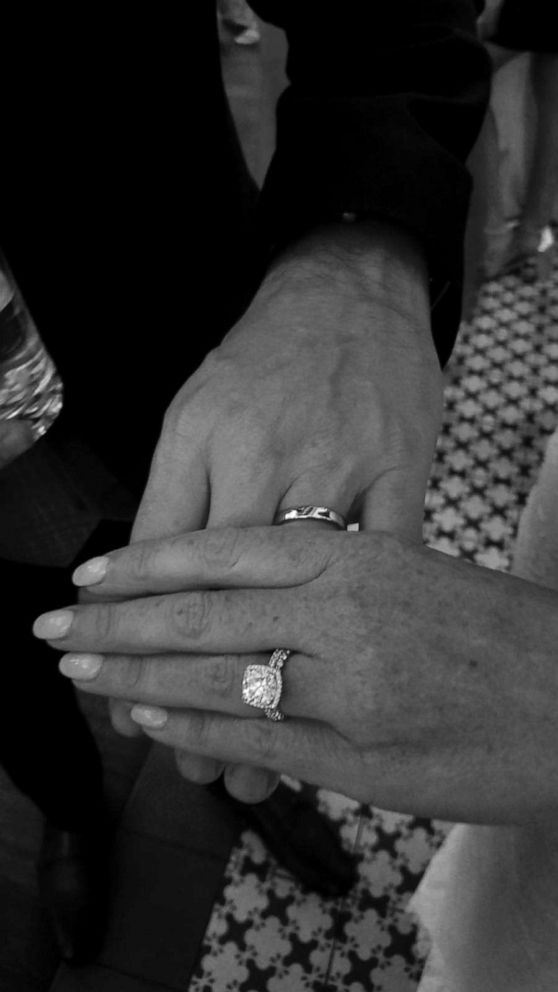 Even the planners and vendors were surprised by the unexpected turn of events.

“We didn’t know until minutes before, when the officiant came,” said Sugar Taylor and Nar Hovnanian of Taylor and Hov, the firm that planned the rest of the party. “We thought she was in the wrong place. Thankfully, she knew where she needed to be. She was the surprise guest.”

As family and friends enjoyed the birthday celebration, O’Neil’s plan began to materialize.

Kochba, dressed for a Washingtonian event at the Entyse Bistro at the Ritz-Carlton in Tysons Corner, Virginia, knew that his life was about to change when O’Neil’s daughters gave a moving speech in front of everyone. 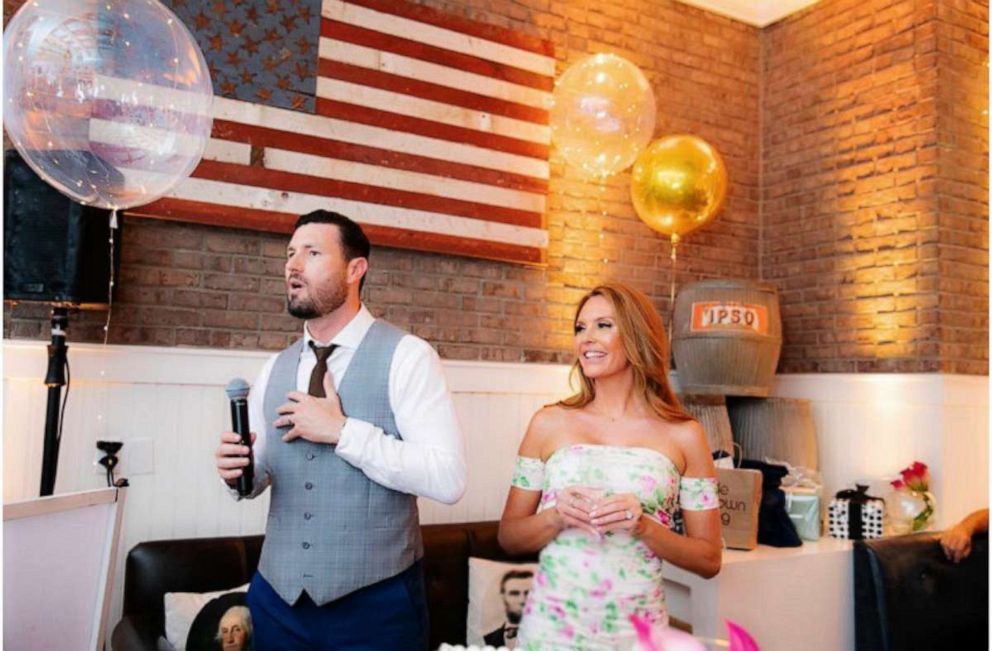 “I did everything I could to hold it together and try not to cry,” Kochba said. “At the end of Lexie’s speech, she called me dad. It was truly touching and heart-warming to know that she basically feels like I am a father figure in her life.”

As everyone was taking in the girls’ beautiful words, O’Neil slipped back in and prepared for her debut.

“It was exactly what she wanted it to be,” Taylor and Hov said. “The event went very smoothly. It wasn’t a traditional wedding. It was just their moment where they wanted to be married.”

Leading up to the big day, Kochba might not have caught on to the therapy trips, the weird conversations, the signing of the marriage license or even the “would you rather” games that O’Neill played with him to get information for the wedding.

But what Kochba did understand was that O’Neil was the one for him.