Choosing a name that won’t easily become outdated may seem like an impossible task, but a new study shows some names have had the ability to withstand every era.

British parenting website Baby Centre has revealed the most popular baby names from 2019, based on the emerging trends from the year so far.

The digital parenting resource, which offers parents advice on everything from conception to preschool issues, has discovered that popular culture and a desire to return to more stable eras is influencing the names that parents search for.

Eighties classics such as Emma and David are gaining momentum, while reality TV show Love Island is also birthing a new generation of names. 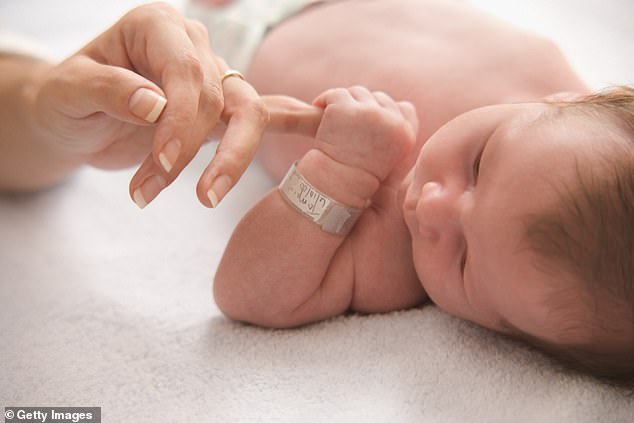 British parenting website Baby Centre, have revealed the most popular names from the year so far (file image)

Proving itself to be a major influence more than just financially and politically, the uncertainty of Brexit appears to be pushing parents to seek names that symbolise periods of strength and stability.

Among the solid names making a comeback are Jason, John, David, Penny, Hannah and Emma. And apparently there has also been a registration of the unique political combination Blair Margaret.

Despite the unexpected resurgence in eighties names, the top girls’ name remains Olivia, and Sophia follows closely behind as the second most popular choice.

For boys, Muhammad maintains its place at number one, meanwhile Oliver loses its second place spot to Noah, followed by George.

Meanwhile Archie came in at number 18, following Harry and Meghan’s new addition in May.

According to the parenting site, climate change has also impacted the baby naming process, with David becoming a popular choice – made popular by the famous TV presenter.

‘As the climate crisis escalates, eco-conscious parents could be looking to campaigner David Attenborough for inspiration. Registrations were also on the up for Greta after Greta Thunberg’s rise to fame in early 2019.’

The power of pop culture has proven itself as ‘binge-worthy’ TV shows see names such as Jane, from Netflix’s Jane The Virgin and Teddy, as in Ted Hastings from Line of Duty rise the charts.

The availability of streaming past seasons of Love Island on Netflix, has caused names like Nathan, Cara and Georgia to also become top names.

A List celebrity names have remained a key factor when choosing baby names with Ryan Gosling being linked to the rise of Ryan and Eva Mendes for the the increased popularity of Eva.

New additions on the naming list include Lily, Isabella and Willow.