Kathy Hilton once called security when Nicky borrowed her diamonds

Paris Hilton plans to make her wedding weekend an unforgettable fashion show; the entrepreneur and DJ, 40, revealed that she’s planning a whopping 10 outfit changes when she ties the knot with fiancé Carter Reum.

She explained on “The Tonight Show” on Tuesday that while the wedding planning process has been “very stressful,” picking out a dress is “basically the only thing” she’s checked off so far.

But Hilton won’t stop at just one show-stopping bridal gown, as she told host Jimmy Fallon that that she’s planning to wear “lots of dresses, probably 10.”

“I love outfit changes,” she continued, adding that Reum will likely stick to one style since “he’s not as high maintenance as I am.” 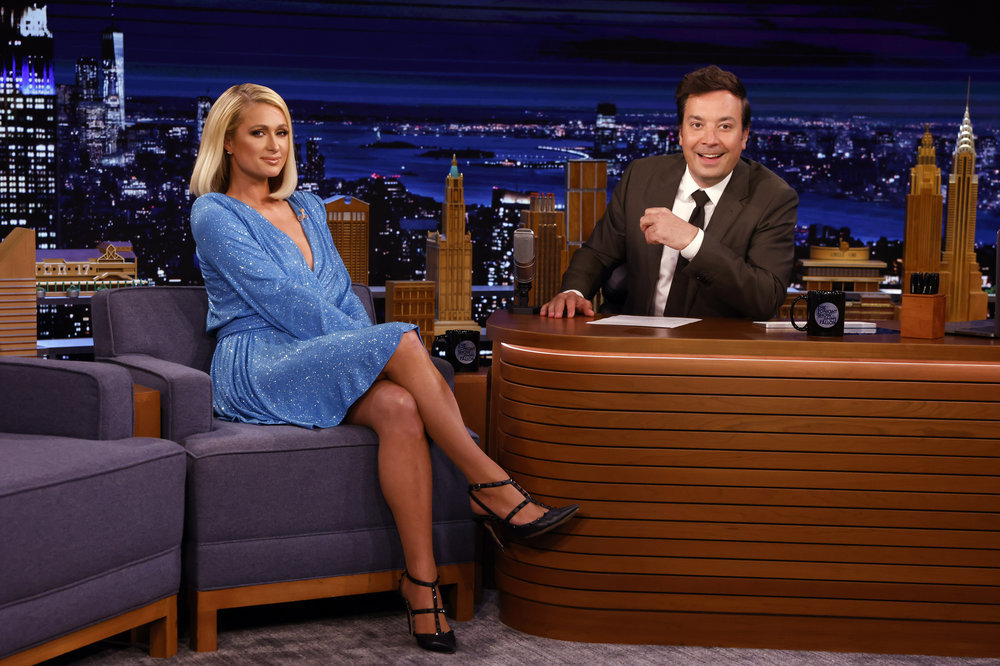 It seems Hilton will have plenty of time to don different dresses, as the couple’s nuptials are set to span several days.

“It’s gonna be like a three-day affair. We have a lot happening,” she said, insisting that she’s “not a bridezilla at all.”

The festivities will all be filmed, giving fans a chance to watch the wedding on the star’s upcoming Peacock docuseries, “Paris in Love.”

“I just feel like for my documentary, ‘This Is Paris,’ it ended in a way in which, you know, it was amazing, but I just feel like I wanted my fans to see that I found my Prince Charming and my happy fairytale ending,” she explained.

The couple, who first confirmed their relationship in April 2020, have been engaged since February.

The venture capitalist, 40, popped the question on a private island while celebrating Hilton’s 40th birthday, presenting her with a custom emerald-cut engagement ring. Her special sparkler features several meaningful touches, including a sapphire ‘P’ on the inside.