Best star snaps of the week: Couple up with Taylor Swift and more

On Tuesday, the superstar dropped her second “Midnights” music video, for synth-pop bop “Bejeweled” — and the Cinderella-inspired clip is chock-full of Easter eggs, celebrity cameos and dazzling makeup moments.

Swifties can thank legendary artist Pat McGrath for the latter; the beauty pro not only masterminded the shoot’s many makeup looks, but also made a cameo in the video herself.

“Taylor called me with two questions. The first was to ask me if I would do all her beautiful looks; the second request was to be her queen in the video. It was such an honor,” McGrath tells Page Six Style exclusively.

The makeup maestro joined a cast that also included Laura Dern (as the evil stepmother), the Haim sisters (as the stepsisters), Dita Von Teese (as the fairy godmother — or “fairy goddess,” per Swift) and “Midnights” producer Jack Antonoff (as the prince), with the singer directing the video in addition to starring as Swifterella.

“When Taylor told me that she wanted me to play the role of the queen in her ‘fairytale with a twist,’ I was so flattered,” McGrath says.

“I’m usually a behind-the-scenes person, but Taylor was the most extraordinary director. With her guidance, she made me feel confident, secure and empowered to become Queen Pat. It was a day I will never forget.” 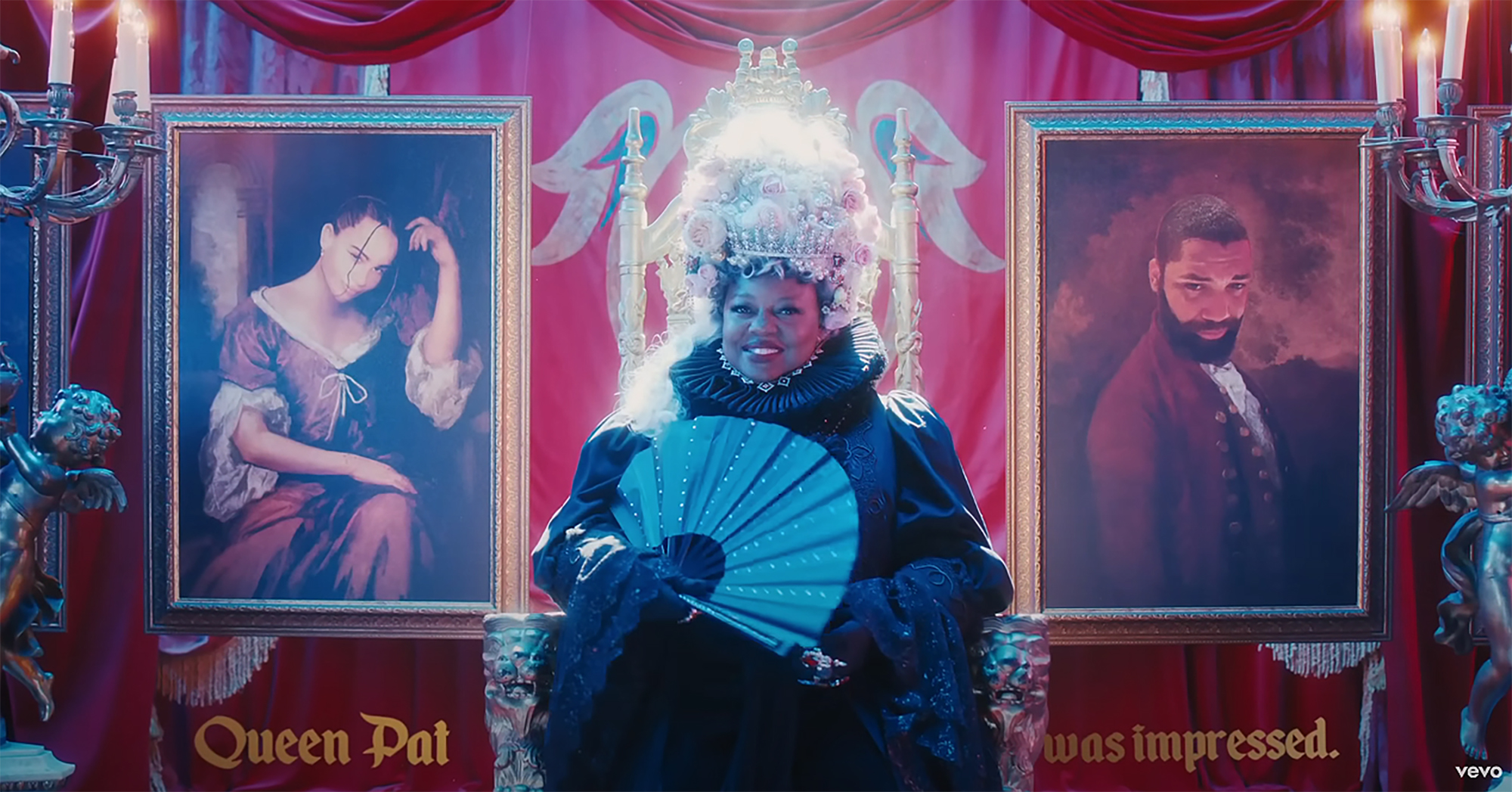 As for that glittering glam, McGrath and Swift worked together to dream up a trio of looks fit for a storybook princess, including a bedazzled cat eye the pair teased on the VMAs 2022 red carpet back in August.

“We had such a fabulous time creating the looks for ‘Bejeweled’ — Taylor is such a visionary and thinks about all the details,” McGrath says. “When she mentioned that she wanted to make a video just for the fans who like shimmer, I knew this was going to be magical.”

“Shimmer” might be an understatement; between Swift, Von Teese and the video’s dancers, McGrath says she wound up using over 1,000 crystals for the shoot.

And while the beauty pioneer plays coy when asked whether she and Swift have more projects in the pipeline — “Mother never tells,” she quips — she was happy to break down the three magical makeup moments in “Bejeweled,” so fans can “polish up real nice” at home. 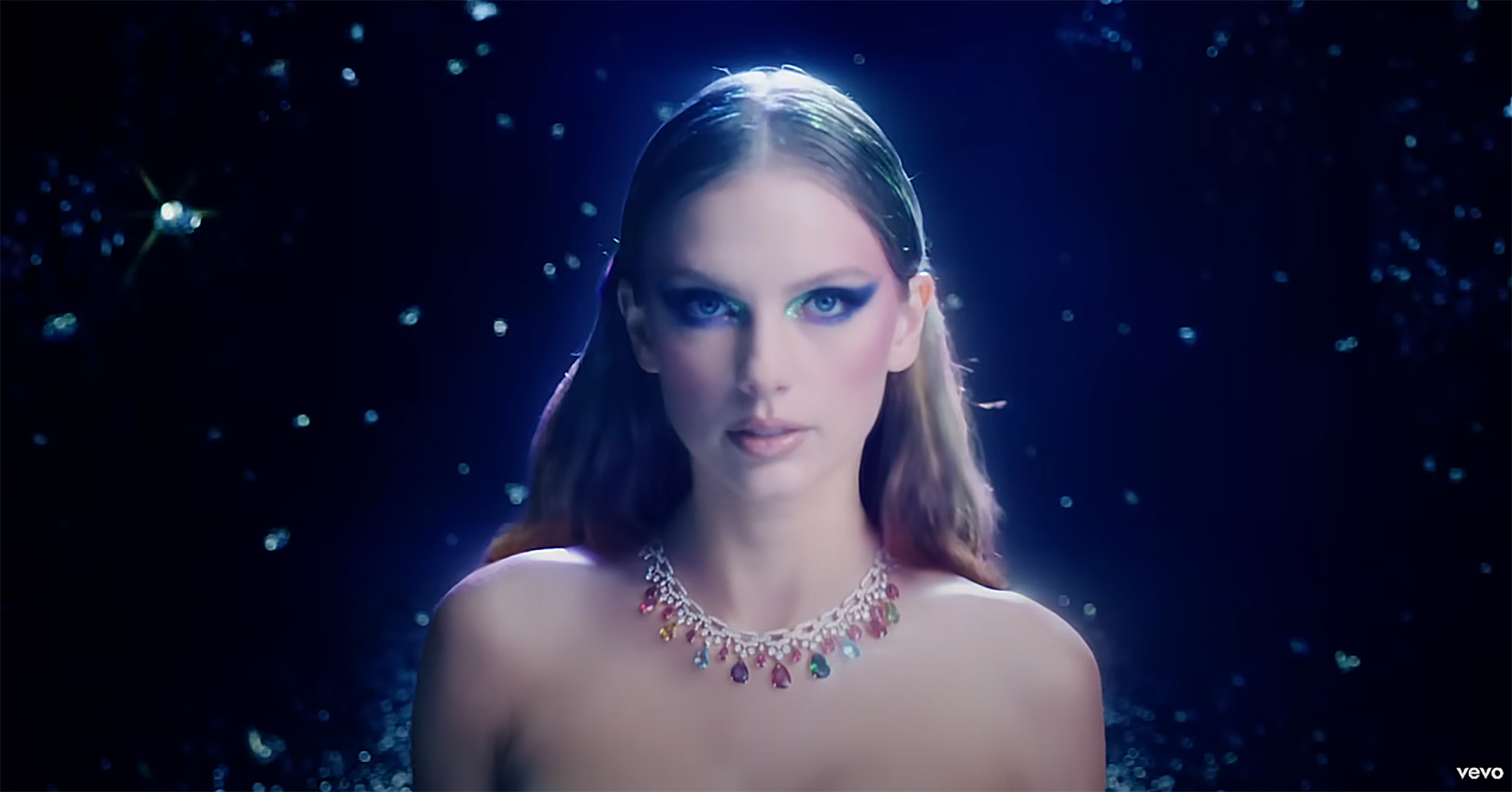 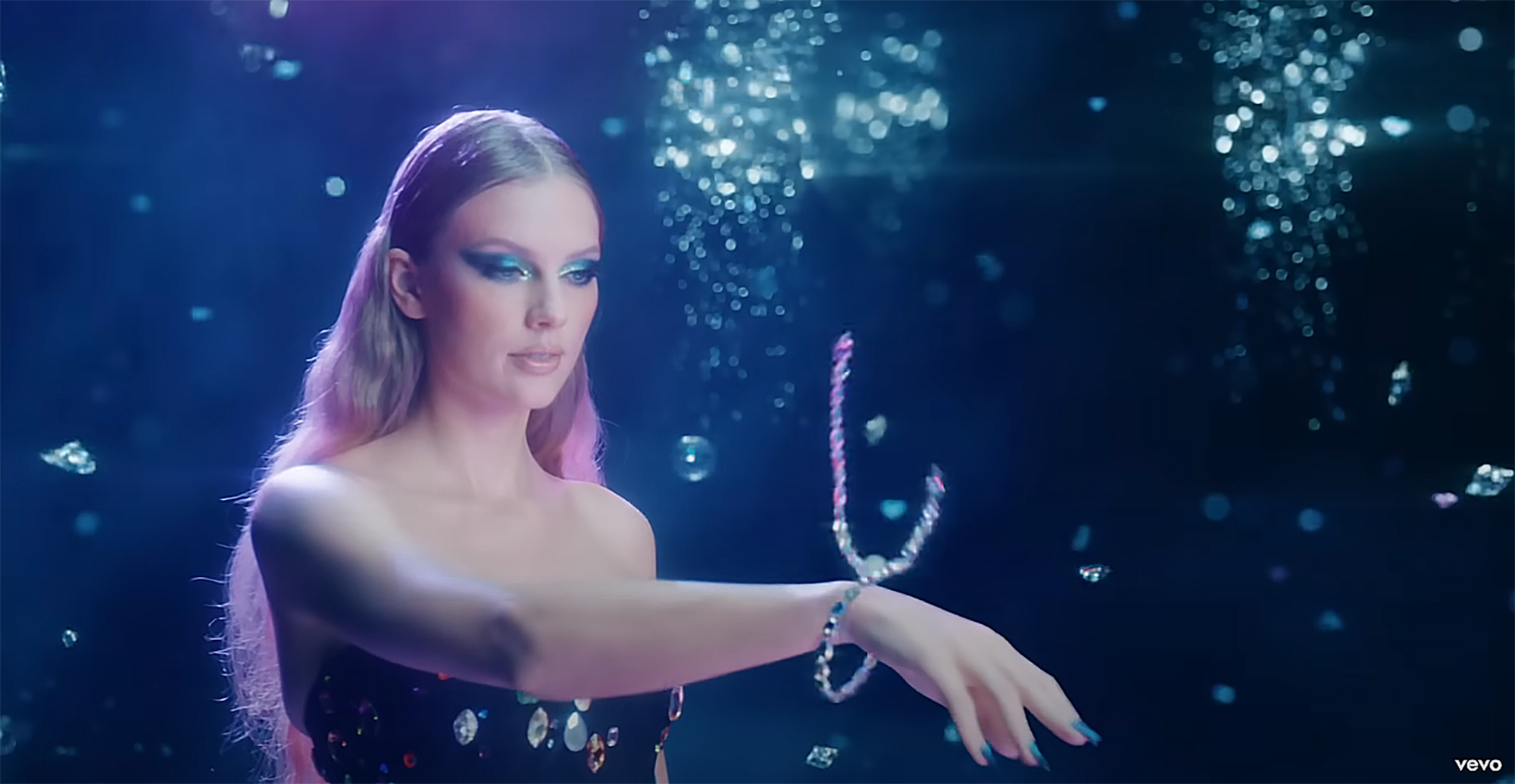 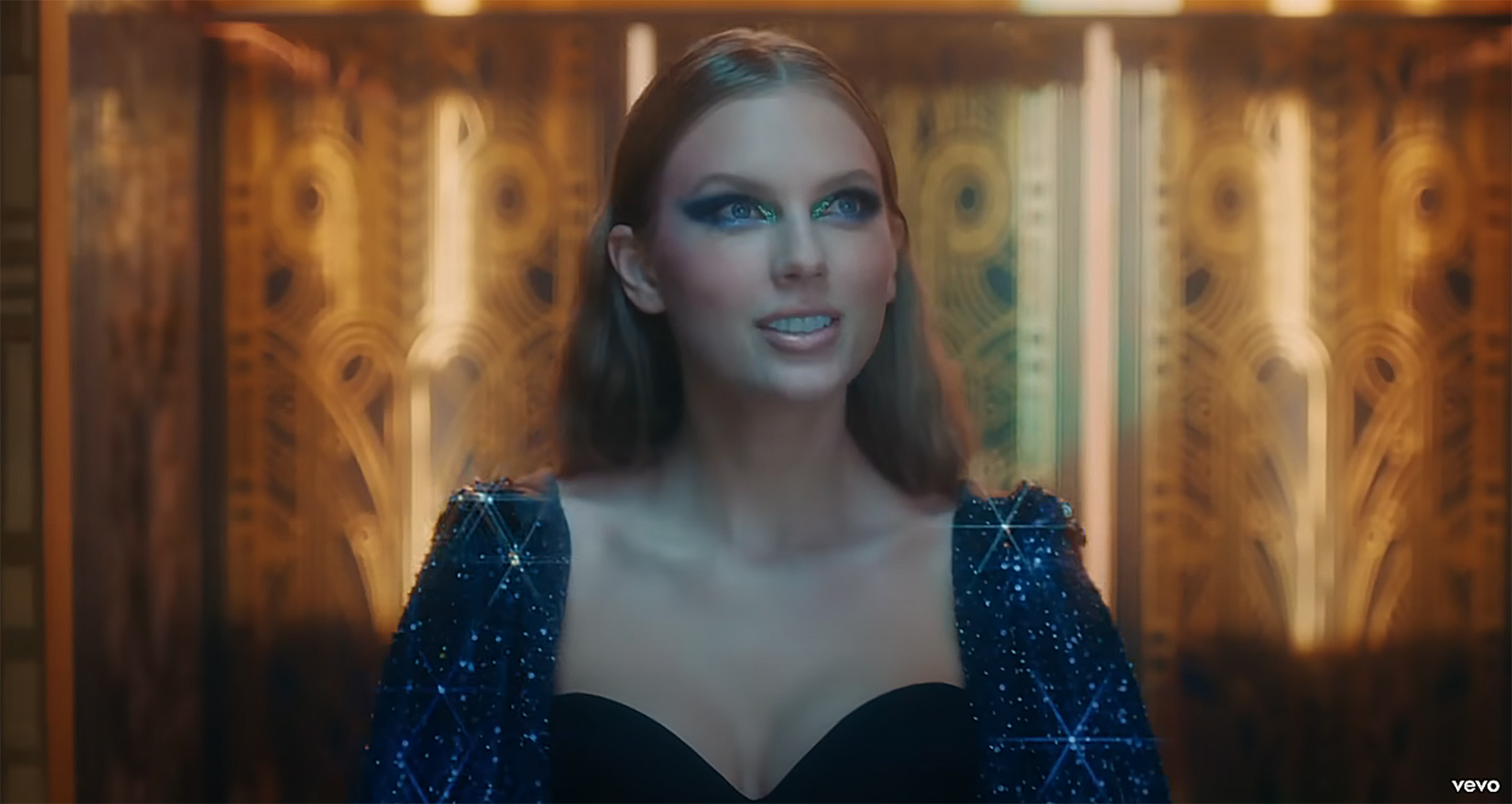