Back on his high horse! Prince Harry set to play in annual charity polo tournament in Colorado today alongside his close friend Nacho Figueras

The Duke of Sussex is due to saddle up for an annual polo tournament in Aspen, Colorado later today, to raise funds and awareness for his charity Sentebale, it has been announced.

Prince Harry, 37, who is currently living in his $14 million mansion in California having stepped back from royal duty, will play on the Sentebale Team, joined by his longtime friend and the charity’s ambassador: Argentine polo player Nacho Figueras.

They are due to battle it out against the Royal Salute and the US Polo Assn teams in a round robin tournament.

Argentinian Ignacio Figueras (known as Nacho) has played polo alongside Prince Harry, in various matches over the years, attended the royal wedding and was among the first to meet his son Archie in 2019.

It is unclear whether the Duchess will be attending the tournament to cheer on her husband – she has been a regular fixture while Prince Harry has played in LA over the past year. 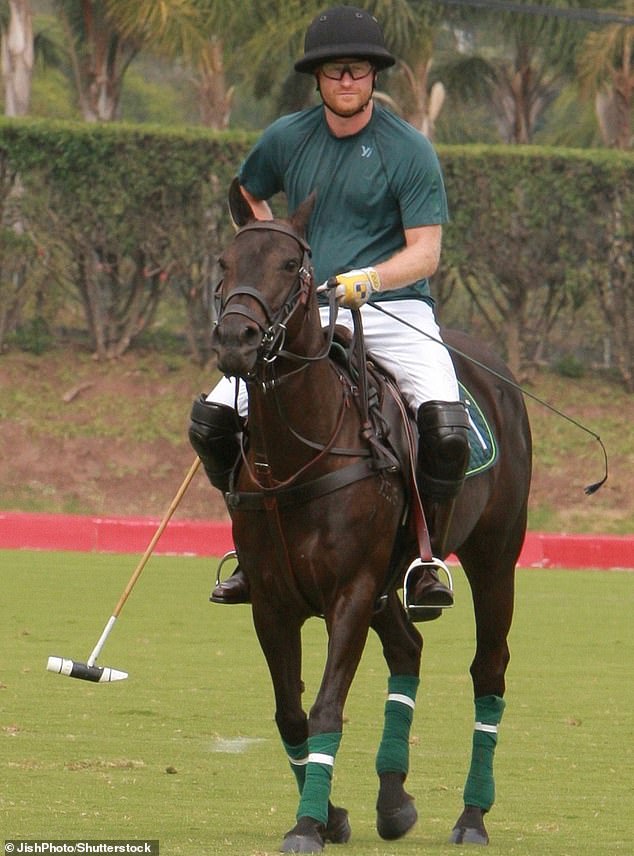 The Duke of Sussex is due to saddle up for an annual polo tournament in Aspen, Colorado, to raise funds and awareness for his charity Sentebale, it has been announced

The Sentebale ISPS Handa Polo Cup is held yearly at the Aspen Valley Polo Club, and serves as the single-largest fundraising event for the charity to advance its mission on behalf of young people across Lesotho and Botswana.

Sentable was set up in 2006 by Harry and Prince Seeiso of Lesotho.

The charity works with children and young people in southern Africa whose lives have been affected by extreme poverty, inequality, HIV/AIDS and, more recently, Covid-19.

Ahead of the event, Harry said: ‘We are delighted to return once again to the stunning grounds of Aspen Valley Polo Club for the annual Sentebale ISPS Handa Polo Cup. 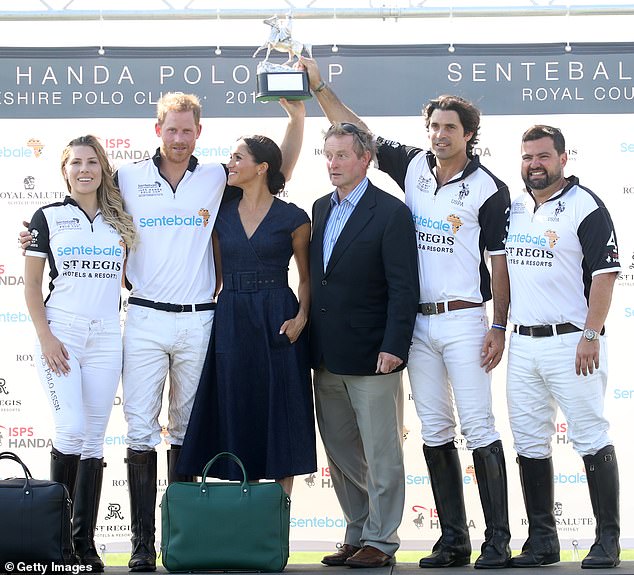 Prince Harry will play on the Sentebale Team, joined by his longtime friend and the charity’s ambassador: Argentine polo player Nacho Figueras (pictured in 2018)

‘Sixteen years ago, Prince Seeiso and I founded Sentebale in honour of our mothers’ work in HIV, and named after my mum’s favourite flower, the ‘forget-me-not’ in Sesotho, representing our commitment to always remembering and advocating for those in need.

‘We are all proud of the support we are able to give the young people of Lesotho and Botswana to feel empowered, healthy, resilient, and able to thrive.

‘The funds raised this year will be invested in these communities at a critical time, as inequalities have been exacerbated by the pandemic.

‘We are enormously grateful to our partners and supporters here today, especially our long-standing title sponsor, ISPS Handa, for making the day possible.’

Dr Haruhisa Handa, founder of international sports promotion society, ISPS Handa, said the work done by Harry and Prince Seeiso had ‘changed the landscape for the care of those suffering from HIV/AIDS in Lesotho and beyond’. 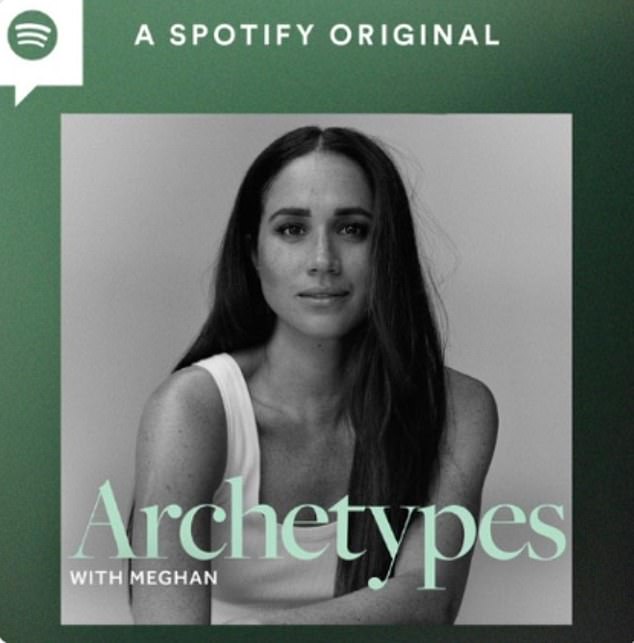 The news comes days after Meghan released her first bombshell podcast Archetypes, in which she claimed a fire broke out in her son Archie’s room during a royal tour in South Africa in 2019

Harry’s friend Nacho has been a long-time supporter of the Sussexes and vocally defended them in the press.

He appeared on Ellen’s show in September 2019 to announce that he would ‘defend his friends’ with his life and has even launched a royal-inspired scent.

And in recent months, Nacho and Harry put on a particularly tactile display while playing polo together at the Santa Barbara Polo & Racquet Club.

Described by Tatler as ‘the David Beckham of Polo’ he now holds a 6-goal handicap and an estimated net worth of $30 million and has been modelling for Ralph Lauren since 2000.

Speaking about his friendship with the royal, Nacho told Town and Country magazine in 2019: ‘What I like the most about him is how real he is and how serious he is about improving life for kids that have not had the blessings that we’ve had.’

The news of Harry’s latest appearance comes days after Meghan released her first bombshell podcast Archetypes, in which she disclosed a number of personal stories about her life with the Duke.

Among them was a claim that a fire broke out in her son Archie’s room during a royal tour in South Africa in 2019. 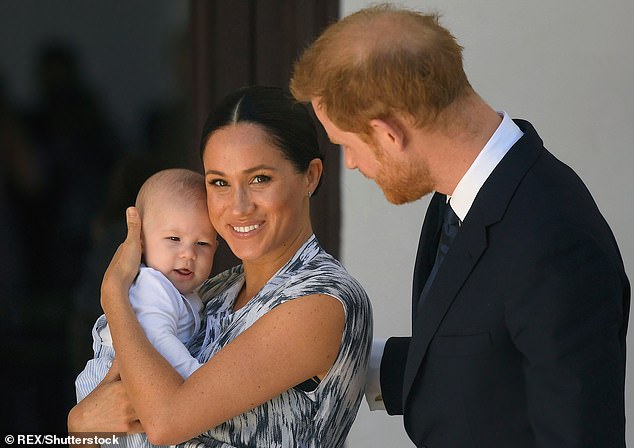 A royal expert said yesterday the Duchess would have known that the ‘show must go on’ and her engagements had to continue after the situation.

Royal commentator Richard Fitzwilliams told MailOnline he does not think the Palace will be ‘unduly concerned’ at what Meghan said about the fire incident.

Archie, then four months old, was not in the room in Cape Town when a heater started to smoke – but the incident left the Duchess of Sussex ‘shaken’ and ‘in tears’, she told tennis star Serena Williams in her new podcast.

Others are understood to recall the incident which took place on September 23, 2019 – and while they do not remember there actually being a fire, the heater was certainly smoking and was unplugged and dealt with.

Despite the upset, Meghan said in the Spotify podcast released yesterday that she was obliged to continue with official engagements, accusing those running the tour of concentrating on ‘how it looks, instead of how it feels’.

And sources have defended the Duchess over the incident, saying it would have understandably caused concern to any parent. The Sussexes were subsequently moved to different accommodation as the tour continued.

There would undoubtedly have been an expectation for Harry and Meghan to go on with their engagements after months of planning on the ground – but as senior royals, the couple would have had the final say on continuing.