Prince Charles, 72, and Princess Diana’s marriage is at the centre of season four of Netflix drama The Crown. The series takes artistic licence with storylines but does pin the drama on factual events including Princess Diana and Charles’s 1983 visit to Australia.

During their time down under, Charles and Diana attended a gala dinner and dance at the Wentworth Hotel in Sydney.

At the event, the royal couple delighted guests by dancing together in what appeared to be a deeply romantic display.

In the Crown, the iconic moment is portrayed as a snippet of joy in what was already a tense marriage.

However, according to a body language expert who has analysed photos from the evening, Diana appears to be uncomfortable during the dance as “dominant” Charles leads the way. 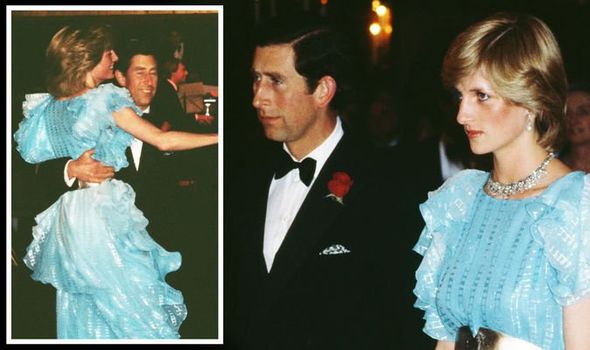 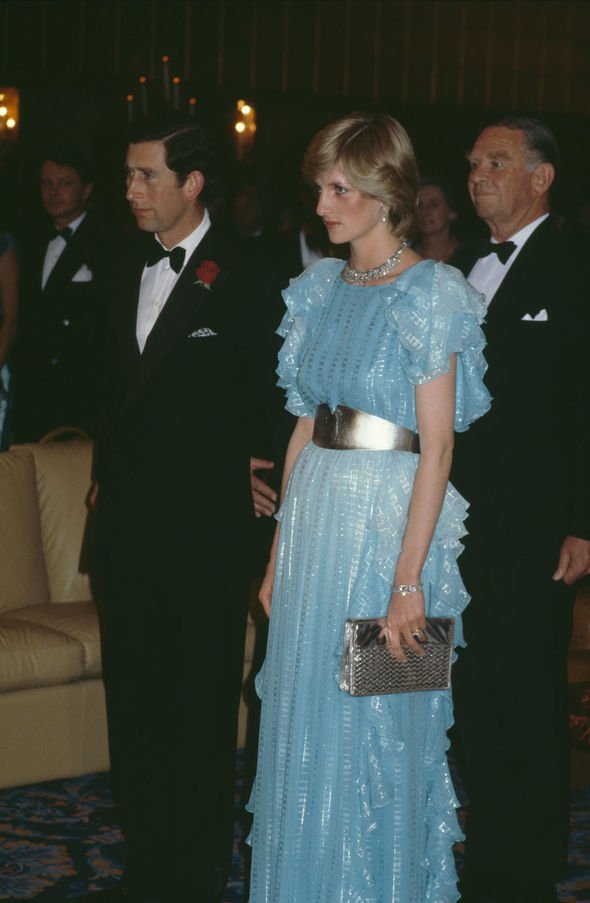 Body language expert and author Judi James analysed a series of photos of Charles and Diana at the gala and shared her findings.

She told Express.co.uk: “This iconic dance between Charles and Diana during their tour of Australia appears to show the couple looking openly happy and in love but the underlying signals suggest ongoing tension even during this rare moment of physical togetherness and fun.”

According to Judi, Charles appears to “hold back” upon arriving at the venue, so that Diana – whose popularity had skyrocketed over the course of the tour – could take the limelight.

Judi said: “On their arrival at the venue Charles had been seen to deliberately hold back, allowing Diana to walk in ahead, collecting roses and camera-attention as the mega-star she was clearly becoming.” 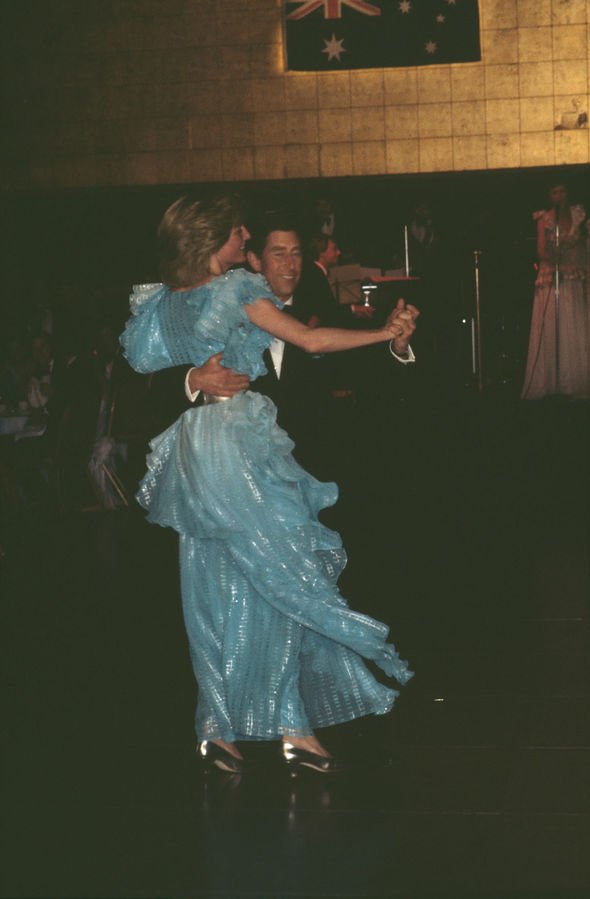 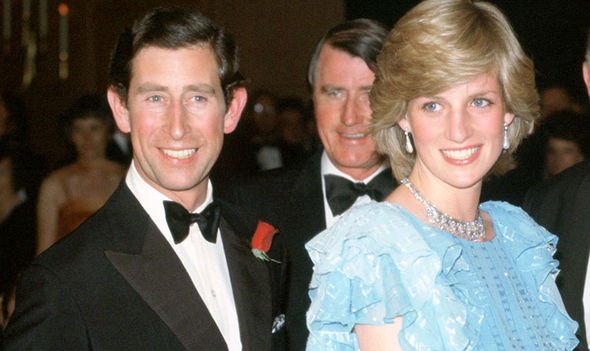 The analyst added: “Diana spoke later of her husband’s resentment of the way she outshone him with the public so after they posed together as the anthem was played their mirrored grins of genuine-looking delight as they moved together for their dance did appear to signal to royal fans on both sides of the world, who had rightly been puzzled by their body language during previous outings and that horrible engagement interview, the depth of feeling and shared sense of fun at last.”

Judi claimed there was unease and tension behind the couple’s “mirrored grins.”

The expert also claims that Charles appears to wish to reassert his dominance during the dance.

Judi said: “What the body language in this dance did show was Charles’s strong desire to take control and register who was really in charge in the relationship.”

Judi added: “When we say that someone is ‘swept off their feet’ it is intended as a romantic comment but for Charles it was much more literal here as he dug into the dance and spun Diana around quickly more than thirteen times in a short space of time.”

“Diana was an excellent dancer but the way Charles clamped one arm around her waist and dominated the dance, spinning her around fast enough to make her giddy, left her clutching her chest with one hand at the end to signal a sense of shock and discomfort.”

According to Judi, Charles’s “outburst” made it seem like the dance was more than just for fun.

The analyst said: “If this had been a mutual, rehearsed routine it might just have been fun, but Charles’s outburst did look unexpected, as though he had a point to prove.” 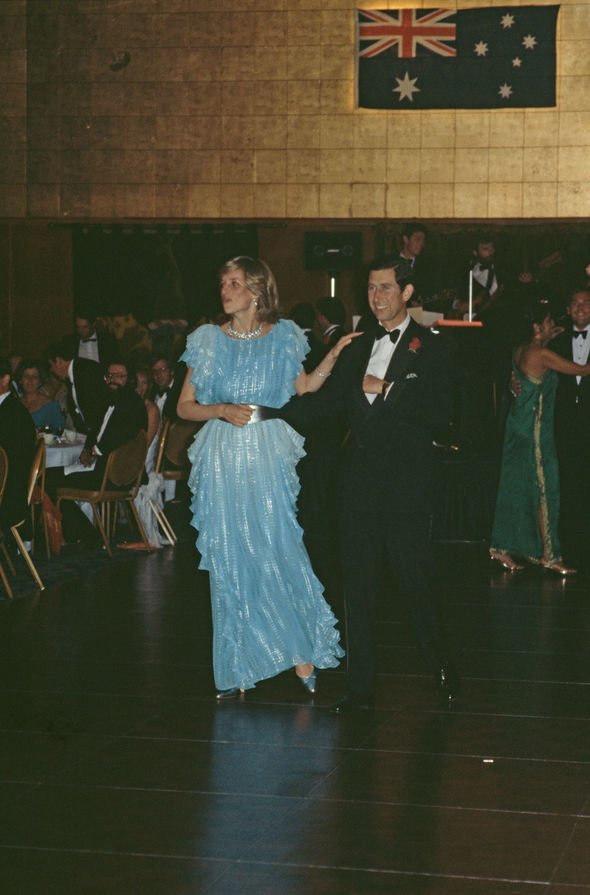 According to Judi, Diana succumbed to Charles’s firm body language and allowed herself to be “totally dominated” as they danced.

Judi said: “The couple’s feet went out of kilter quickly and Diana was left allowing herself to be totally dominated.

“Her smiles at Charles suggested she was delighted at the sudden proximity and his enthusiasm and signals of enjoyment, but by the end, she reached an arm out towards her hosts as though giddy and off-balance.”

While there were already signs of tension between Charles and Diana in the early years of their marriage, they did not divorce until 1995.