Rachel Lindsay broke down the conversation she had with Hannah Brown on Monday’s episode of Nick Viall‘s podcast The Viall Files.

As Bachelor Nation will recall, Brown came under fire earlier this month after she posted an Instagram Live video of herself singing the words to DaBaby‘s song “Rockstar,” including the N-word. At first, Brown insisted she didn’t think she said the word. However, she later issued an apology on social media.

“I owe you all a major apology,” she wrote in a statement. “There is no excuse and I will not justify what I said. I have read your messages and seen the hurt I have caused. I own it all. I am terribly sorry and know that whether in public or private this language is unacceptable. I promise to do better.”

In a separate Instagram Live video, Lindsay claimed she reached out to Brown directly to let her know how she was feeling and to challenge her to use her “platform to correct that mistake.” However, the season 13 star said she was “personally hurt and offended” that “she gave somebody the opportunity to do that and it wasn’t done.”

During her interview with Viall, Lindsay said she actually had “multiple conversations” with Brown, including via texts, direct messages and phone calls. She also addressed a report on whether Brown had planned on apologizing via an Instagram Live.

Lindsay then explained why she was “disappointed” that Brown ultimately decided to apologize via a statement versus an Instagram Live video.

“The reason it disappointed me so much that Hannah decided to give a statement is because—her words—’A statement would be insincere.’ Hannah said that. ‘It felt icky to give a statement,'” Lindsay said. “And I believed her when she said it. And it was her team that was advising her to give a statement. And she said, in her heart, she didn’t feel it was that way, and she felt that God had wanted her to use her platform for a bigger purpose. And she was going to step up and do that. So, to see her ultimately text me and say, ‘I’m going to give a statement’ was extremely disappointing because, you yourself, said that that was insincere. So why did you therefore decide to do an insincere action? I’m very confused by that.” 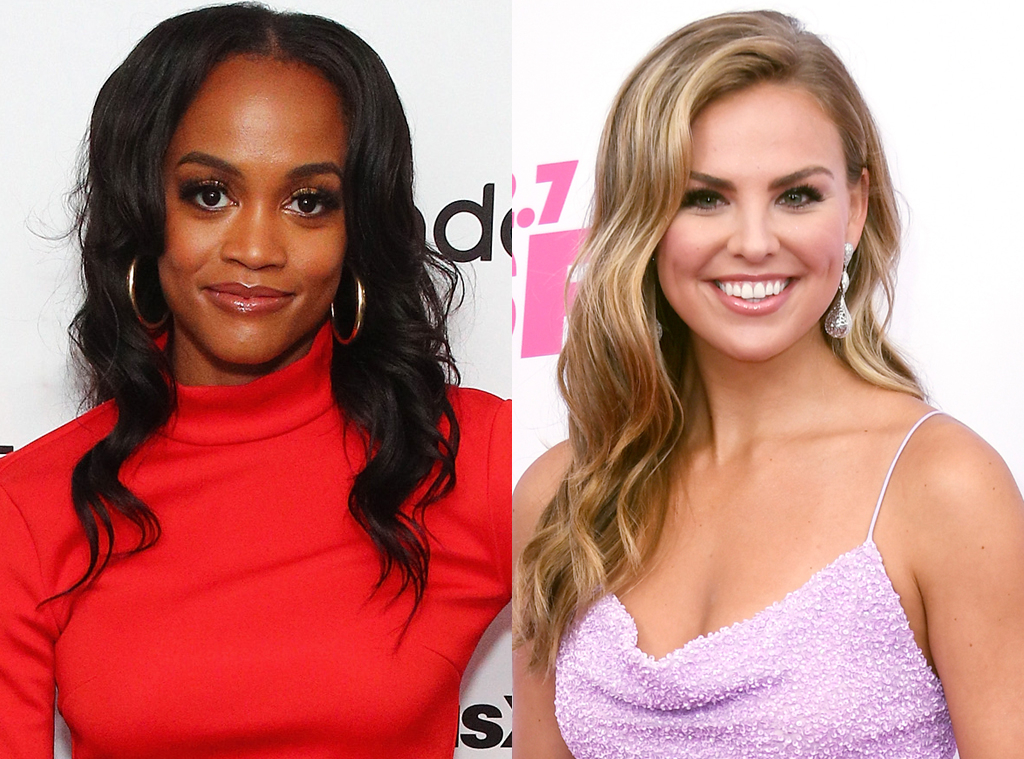 Lindsay also denied rumors that she had tried to “force” or was “bullying” Brown into apologizing via Live. In addition, she addressed her critics who claimed she wasn’t supporting women.

“But what else do you see when you see me? I’m black! I’m black. I’m black first and then I’m a woman. I am a black woman,” she said. “It’s not about women supporting women. It’s about me representing myself as a black woman, and it is a derogatory term that is used against to oppress black people. So how, as being a black person, do I not speak out about this? It just baffles my mind. ‘You should be showing Hannah grace?’ Why isn’t that used on the flip side of things, you know? It’s crazy.”

Lindsay wasn’t the only member of Bachelor Nation to react to Brown’s video. Viall, Mike Johnson, Tyler Cameron and Bekah Martinez and more of the franchise’s celebrities have issued responses, as well.

“Hannah is extremely upset and embarrassed over the situation,” a source told E! News. “She hadn’t realized what she’d done until after the fact, and is so disappointed in herself. It was a huge mistake and she feels awful.”

To hear the rest of Lindsay’s interview, check out The Viall Files.