THERE are hundreds of rare fifty pence Brexit coins listed on eBay and they appear to sell for thousands of pounds more than their face value.

But are they all they're cracked up to be? We take a look at how much the commemorative coins could really be worth. 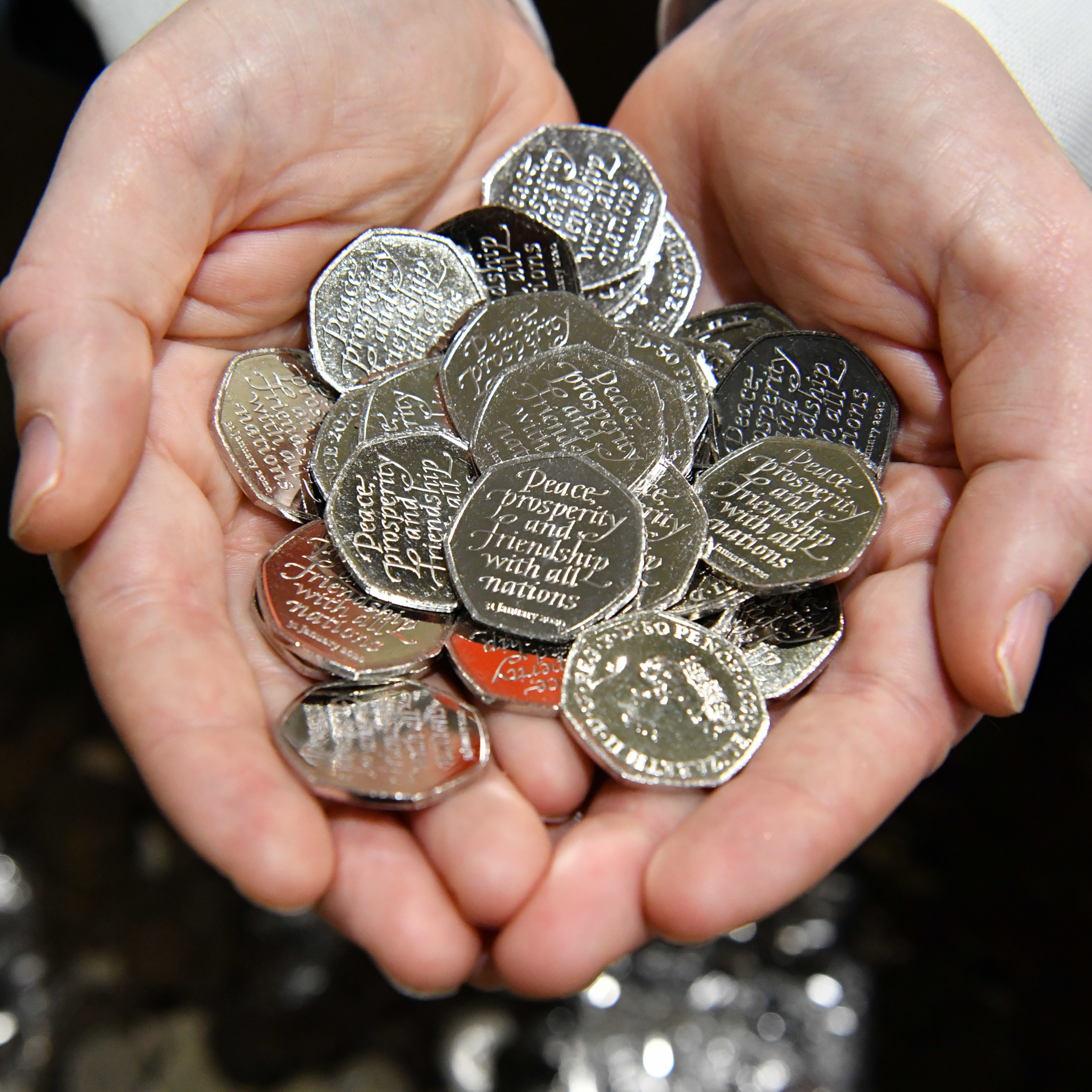 The fifty pence Brexit coin was released into circulation on January 31 2020 to mark Britain's departure from the European Union.

Millions of the coins were put into circulation and if you spot one in your change, could be worth more than its face value.

Each of the coins bears the inscription: “Peace, prosperity and friendship with all nations” along with the date that Britain left the EU.

Anticipation was high for the new design, and experts even warned to look out for fakes.

Some coins that are rare can sell for more than their face value, and might be worth hundreds of pounds.

So what about the Brexit 50p? Here we explain how rare it is and how much it could be worth.

How rare is the Brexit 50p?

Officially called the Withdrawal from the EU coin, there were 10,001,000 of the coins minted, according to the Royal Mint's latest circulation figures.

That makes it the 36th rarest 50p coins out there, according to Change Checker's Mintage figures index.

The coin site says that the mintage figures for the Brexit 50p are "fairly high" for a commemorative coin and that "collectors stand a good chance of finding these ones in their change".

If you find a version of the coin that's not quite right, it could make a tidy profit.

"Error coins" are where normal coins are printed with a mistake, such as being off-centre or pressed twice on one side.

With the 50p Brexit coin there were suggestions that there could be even rarer error versions in circulations.

That's because the coins were originally made with an earlier date on.

Chancellor at the time Sajid Javid had ordered three million of the coins to be made ready for October 31 2019.

And before that they had been earmarked for March 31.

These coins from the March and October batches have since been recycled, and were melted down to create the coins currently in circulation.

There was hope among collectors that some of these error coins with earlier dates could have slipped into circulation.

How much is the Brexit 50p worth?

Just after it launched, the coin was being sold on eBay for more than 20 times its 50p face value.

Two coins from separate sellers sold online for £10.50 each after receiving 12 and 15 bids respectively.

The coins were uncirculated meaning that they were in a near-mint condition but didn't come in protective packaging.

Uncirculated coins are not ones you'll usually find in your change.

Some sellers have listed the Brexit coin on eBay for even more – but that doesn't mean that they have been bought for that much.

One recent listing has the price at £15,000, but there are currently no bids.

The same coin has previously been listed by the same seller and it went for less than the £15,000 advertised price.

The older listing from August suggests a "best offer" price was accepted. We've messaged the seller and asked how much the coin was bought for.

Another coin listed as sold with an advertised price of £10,000 and just a single bid, did not actually change hands the seller confirmed to The Sun.

While coins are often sold on eBay, the listed price isn't always the amount they go for and sellers can list a coin for any price they want.

Sometime they don't even change hands at all after being "sold" and In some cases coins sold on the platform can also turn out to be fake.

Signs that a coin might not have been sold for a sky high price are when there are few bids, or none at all, and when the seller has vert few previous sales, or has only joined eBay recently.

How to check if your small change is worth anything

If you think that you might have a rare coin then you might be able to make a real mint.

You can check how much the coin is selling for on eBay, by searching the full name of the coin, select the "sold" listing and then toggle the search to "highest value".

It will give you an idea of the amount of money that the coin is going for. But it's not always the case that a coin has sold for the amount is was listed for.

Coins are really only worth what someone else is willing to pay for it.

Sometimes collectors are willing to pay more for a coin if they need it to collect a set.

You can either choose to sell the coin on eBay or through a specialist like ChangeChecker.org.

If you choose the auction website then remember to set a minimum price that is higher or at the very least equal to the face value of the coin.

Even if your coin “sells” on eBay for a high price there’s no guarantee that the buyer will cough up.

It its terms and conditions, the auction website states that bidders enter a “legally binding contract to purchase an item”, but there’s no way to enforce this rule in reality.

The most eBay can do is add a note to their account for the unpaid item or remove their ability to bid and buy.