She’s coming for everything — even comedians!

Eboni K. Williams stormed the stage at a recent comedy show in New York City after taking issue with comments made by comic Sam Bloomstone.

In video footage shared on social media, the “Real Housewives of New York City” star, 38, is seen confronting Bloomstone at Broadway Comedy Club after he referred to her as “JCPenney collection.”

Williams — clad in a black sweater, black pants and leather boots — hopped up from her seat to grab Bloomstone’s mic, at which point he asserted, “I put my life savings that whatever you are going to say is nothing funny.”

Completely unbothered by the remark, the Bravolebrity told the crowd, “It’s not about being funny, bitch. What it’s about is you respecting a motherf–king black queen.”

The audience then erupted in cheers, prompting Williams to continue. “What we don’t do is JCPenney bitch, OK? A bitch like me, you gotta respect, bro — on your worst day.”

She then slapped his derriere.

Before leaving the stage, the attorney-turned-TV-personality — who became the first black woman to star on “RHONY” in 2021’s Season 13 — clarified that her outfit is comprised of pieces from Italian designers.

“I’m sure a bunch of Italians have been inside, don’t worry,” Bloomstone quipped back. 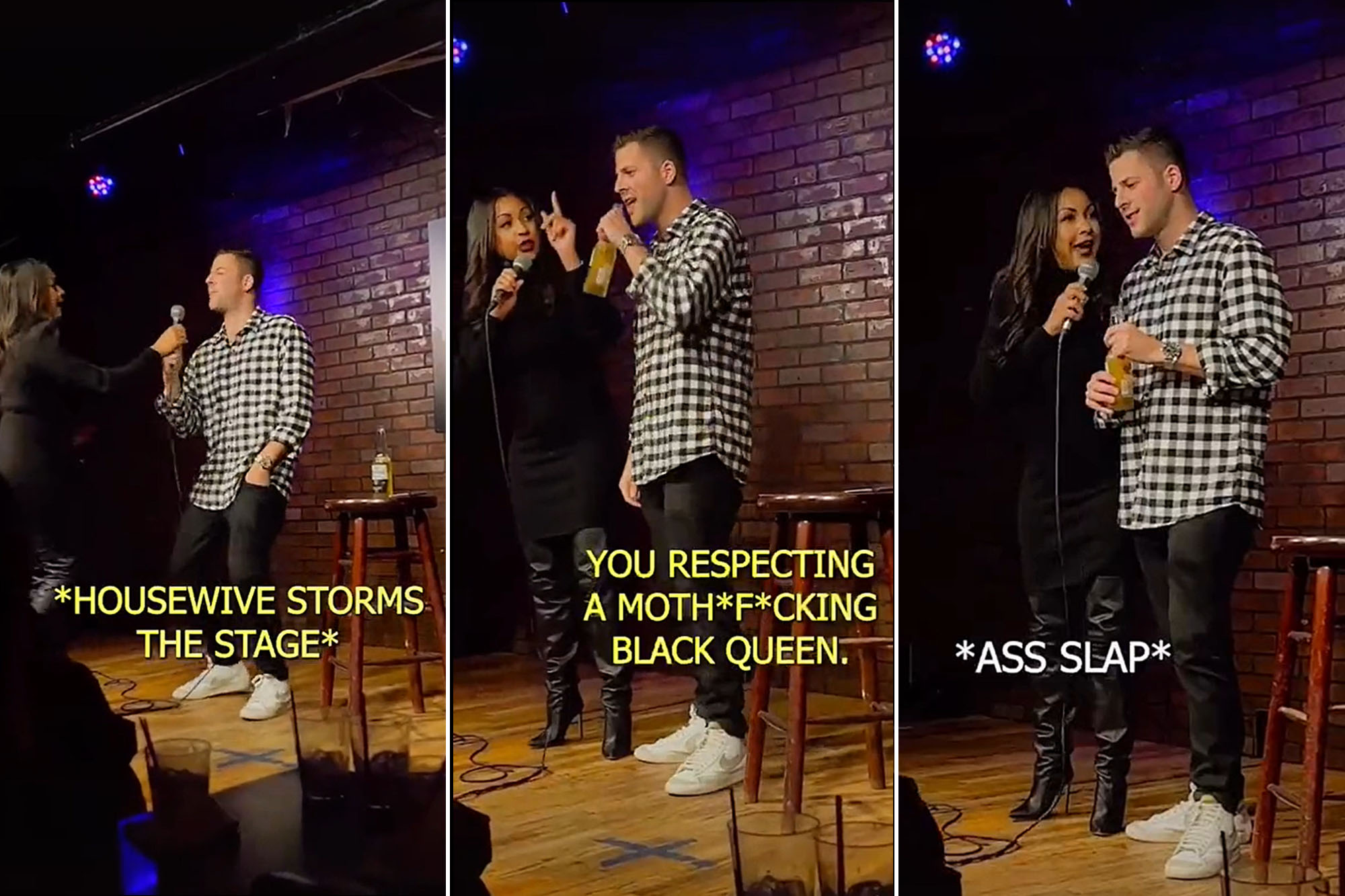 After the video surfaced on Twitter, Williams explained that her banter with Bloomstone was all in jest.

“It was a fun night ya’ll  Relax … the comedian joined us all for dinner and more drinks later,” she wrote. “And yes, I was drinking before I took the mic. Sorry I’m not perfect and had a little fun.”

Bloomstone also downplayed the incident, sharing the clip on his Instagram page. He tagged Williams and her fellow “Real Housewives” personalities Barbara Kavovit and Braunwyn Windham-Burke, who were in attendance. Windham-Burkes’s new girlfriend, Victoria Brito, was there as well.

An insider exclusively told Page Six that despite the optics of the situation, “all the ‘Housewives,’ especially Eboni, had a great time. They love Sam and think he’s hilarious.” 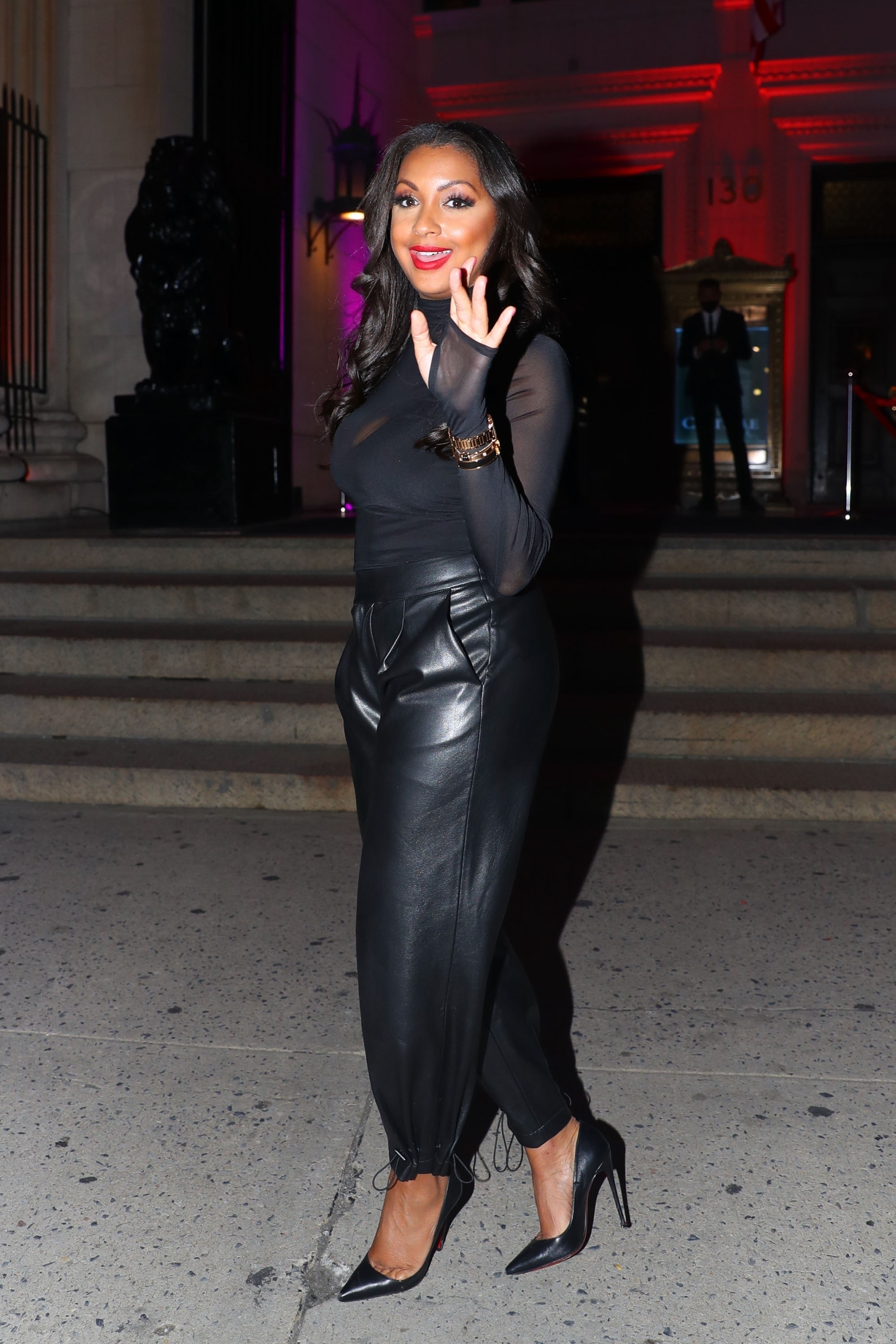 “A fun night … suuure. Maybe you should just apologize …” one person wrote.

Williams defended herself to the individual and explained that she would only say sorry for touching Bloomstone without his permission.

“Apologize to the comedian? For the slap sure … for the rest. No way … we had a blast,” she tweeted. “He loved it … He put me on FaceTime with his mom after and wants to do a tour together. Y’all just bored.”