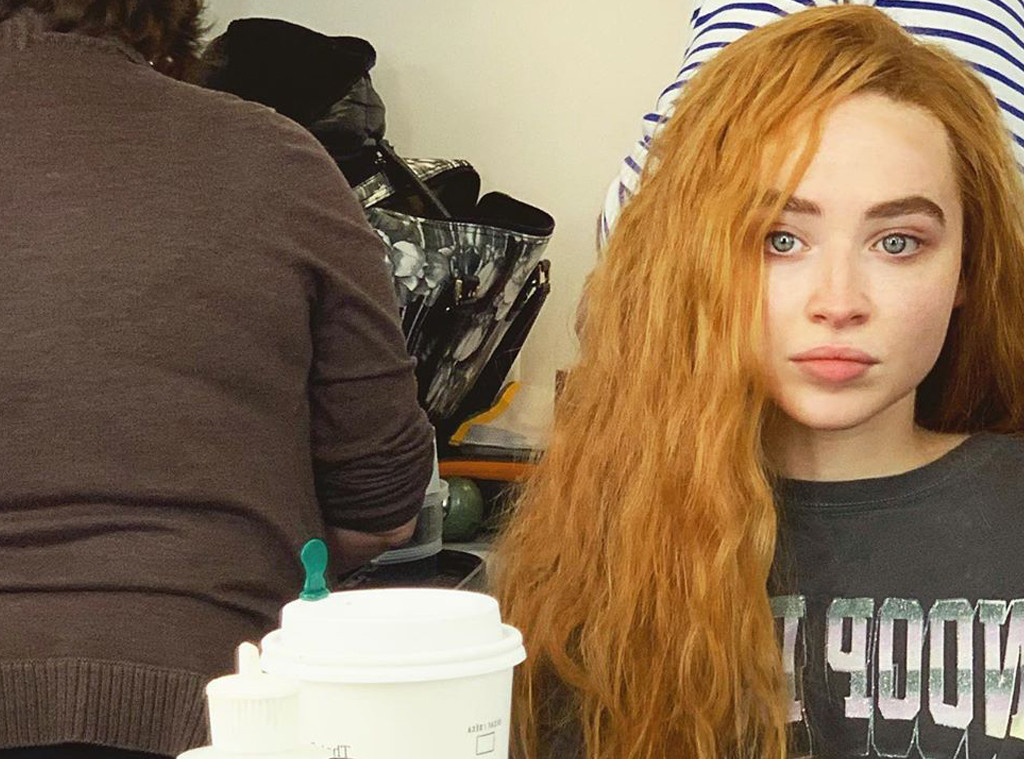 Sabrina Carpenter took to Instagram on Wednesday to debut a major hair transformation. Surprise: The Girl Meets World actress has officially gone from blonde to red!  “Roses are red / violets are blue / my hair is red #cloudsmovie,” she captioned her mirror selfie. And, in just the few hours since posting, it’s already raked in more than 1 million likes. Needless to say, the internet approved.

As for the inspiration behind the new look, the 20-year-old appears to have made the change for her role in Justin Baldoni‘s teen drama Clouds, the follow-up to 2018’s Five Feet Apart. In fact, Baldoni posted a selfie with Carpenter from the film’s set, showcasing her epic transformation into Sammy Brown, the woman her character is based on.

“Three days out from filming!” the Jane The Virgin star wrote in his caption. “It’s getting real. She has officially become @sammyruth23. P.S @sabrinacarpenter please send me your skin care regimen. #cloudsmovie.” (Can we get your colorist too?!)

The new ‘do places her alongside fellow A-listers who have changed their look for fall. Mila Kunis‘ locks are now blonde and blue, while the internet’s boyfriend, Noah Centineo, recently shaved his head after dying his beard blonde.

As the saying goes, hair today, gone tomorrow. Or something like that.