Kelly Bensimon thinks Anna Delvey would ‘be amazing’ on ‘RHONY’

Anna Sorokin’s artwork could get its own exhibition

Society scammer Anna Delvey is continuing to try and drop the con from con artist.

Following the popularity of a “Free Anna” art show in the Lower East Side in March — which featured work done by Delvey and redrawn by fellow artist and former con Alfredo Martinez — Delvey is launching her first solo exhibition, titled “Allegedly,” on Thursday at the Public Hotel.

“This is a collection of sketches I’ve created while in ICE Orange County detention,” Delvey explained in a statement to Page Six. “I wanted to capture some of the moments of the past years, both never-seen-before and iconic, using the limited tools I have at my disposal. Some of the pieces are straightforward, others are more abstract and will be unique in meaning and appearance to the observer.”

She continued, “I studied fashion illustration at Parsons in Paris, but haven’t sketched since and only again now in this upstate NY prison. Long story — don’t ask me why.” She also added, “You’ve heard so many voices already, but this is the beginning of me telling my story, my narrative, from my perspective.”

Delvey sold the rights to her story to Netflix for the series “Inventing Anna” for $320,000,

We’re told Delvey will appear at the art show via video link. 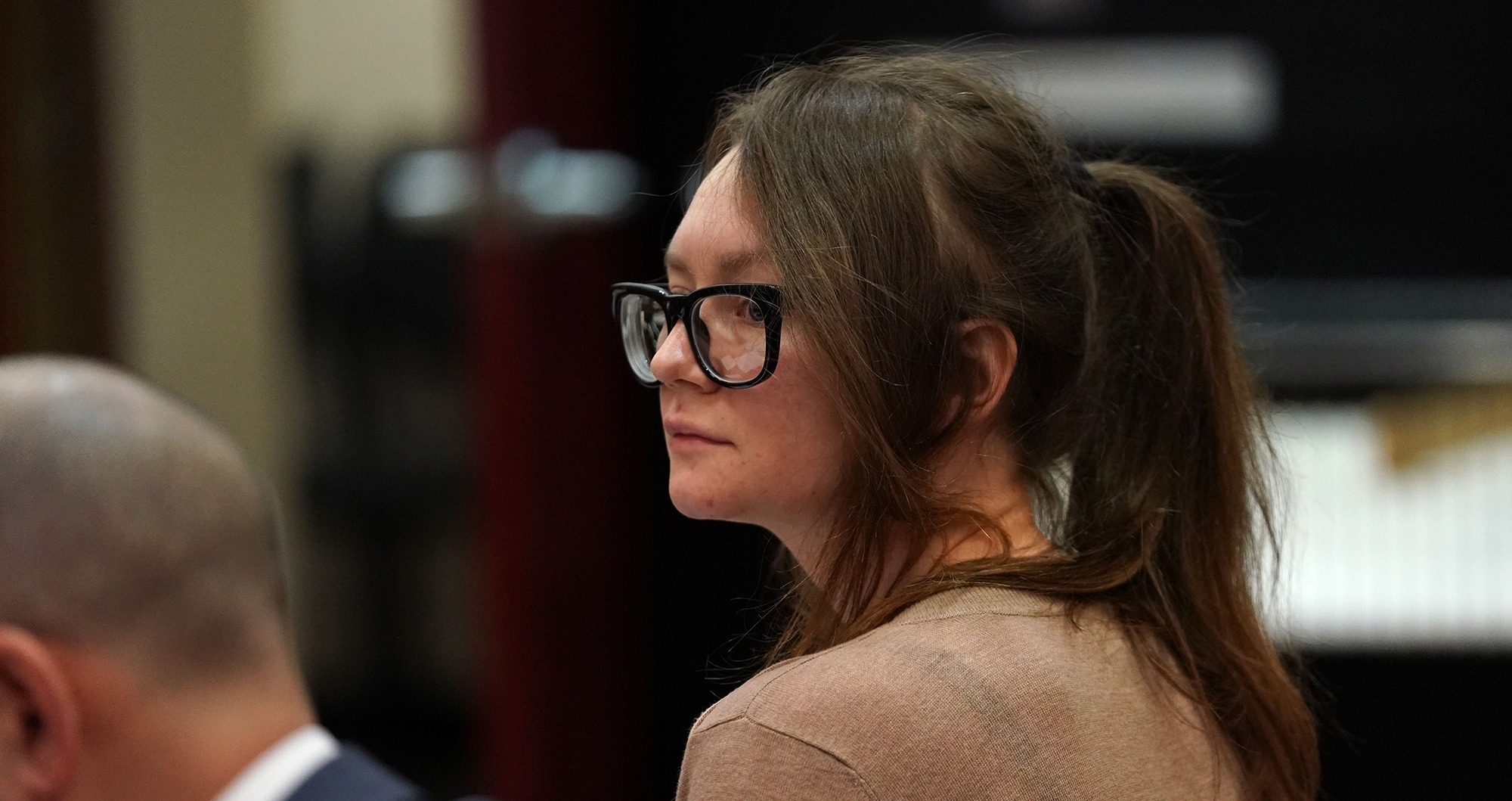 Chris Martine, who is handling art sales for Delvey through his Founders Art Club, tells us there will be 20 new works.

“It wasn’t easy getting anything in or out,” Martine tells us. “Most of the art materials and paper was declined/confiscated. The only materials we got in were some colored pencils and 9 x 12 watercolor paper. She relied heavily on her jail pens and pencils which are essentially dull rubber writing instruments.”

Instead of individual pieces for sale, Martine is selling a 48% ownership of the entire collection. He claims the total value is $500,000.

Delvey was convicted of scamming about $200,000 from banks and luxury hotels, while also trying to obtain a $22 million loan to start an elite art club.

Duncan Levin and Manubir S. Arora are currently handling Delvey’s appeals while she sits in an ICE detention center in Goshen, NY. A rep tells us the German-born Delvey, “can self-deport now to whatever country she is able to go to, but chooses to stay here to fight her conviction and deportation.”