Monique Billings is a star on and off the court.

When the three-year WNBA player isn’t putting numbers on the board, she’s watching other players as a sports analyst. “I got my start with the PAC-12 networks and I actually liked that a lot. It was so much fun,” she told Essence. “I was nervous my first game, like ‘Oh my gosh, I’m not playing the game. I’m the one that’s talking about the game,’ but I did well.” According to Billings, when she pivots out of basketball, she has even bigger plans for her career—but we’ll get into that later.

Billings first grabbed public attention as a teen when she played basketball at California’s Santiago High School. She then played at UCLA during her college years, where she shined as a forward. Out of college, she was drafted by the Atlanta Dream and after the 2018 season, was granted the opportunity to play in the Women’s Korean Basketball League.

Though games this season are looking differently than they ever have due to COVID-19, Billings isn’t letting anything slow her momentum. In fact, she’s more motivated and focused than ever.

We caught up with the starlet to discuss how she’s staying strong mentally, her job as a sports analyst and the snack she’s most looking forward to eating when the season wraps up. Check out our chat below.

ESSENCE: How has this season been for you game-wise?

How have games in the bubble compared to the games that you would normally play?

Well in the bubble the biggest thing is not having fans. Surprisingly that hasn’t really affected me at all because I guess when I’m on the court, I’m just so locked in and present. I’m just locked in and then alone. So I haven’t really been affected by that, but the travel—I don’t know if it’s just a different atmosphere, different vibe, but overall it’s been okay. It hasn’t been as bad as I thought it could be by not having stands and it just being silent in the gym. 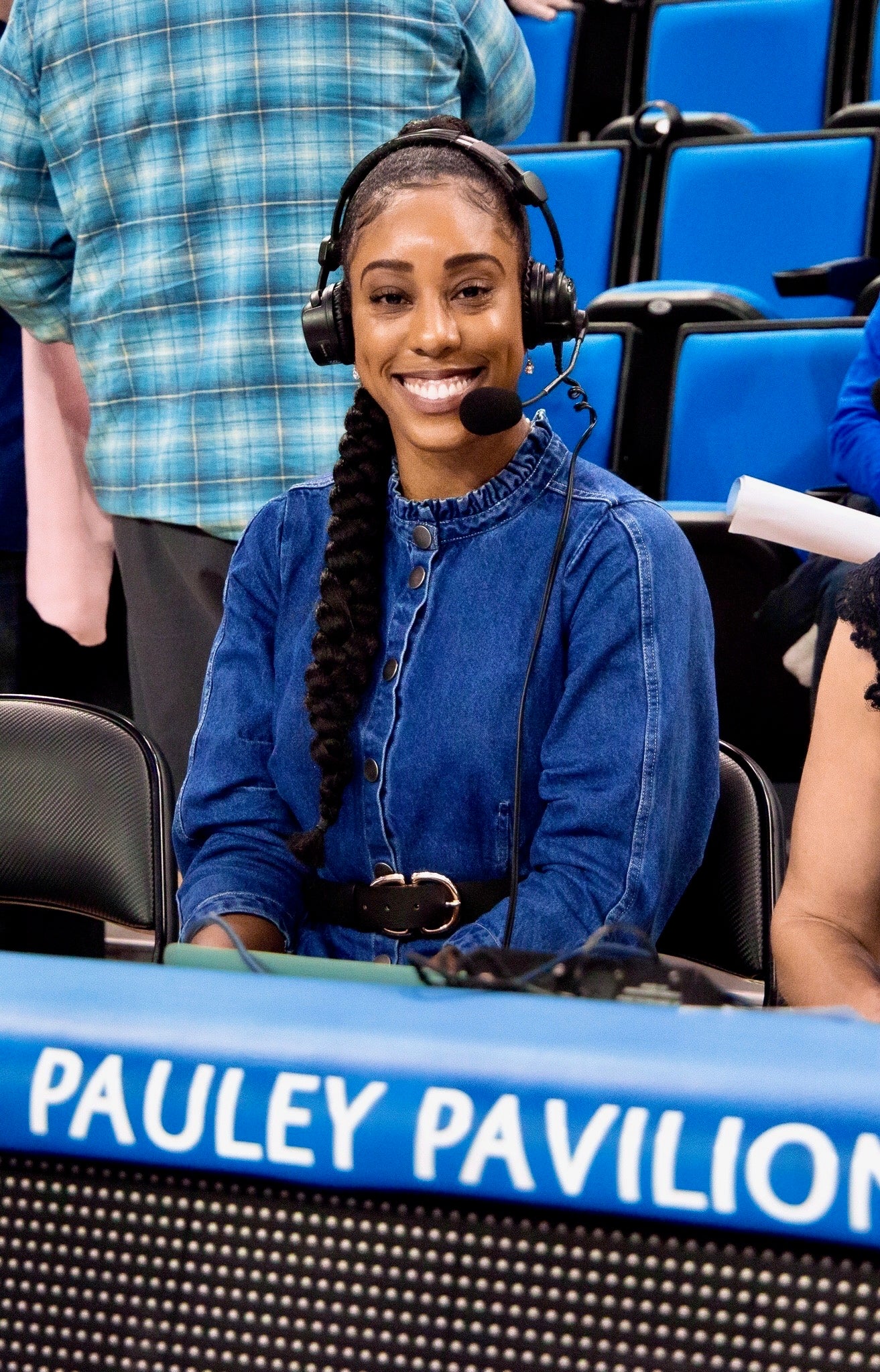 I also wanted to talk about the work you’ve done as a sports analyst. I’d love to know more about how you got into the more journalistic side of athletics.

I’m an analyst for PAC-12 networks. I actually started that this year.

I have really great mentors in that field. I’m so grateful for that.

It’s great that you’re even thinking about what you want to do beyond your career in the WNBA. What did you major in during college?

I majored in sociology. UCLA didn’t have a journalism major. But for television, it’s not really about what you major in, it’s the connections that speak. And if you’re able to do a good job.

I agree. So you’ve spoken about growing up and watching people like Lisa Leslie. I was wondering if there were any other stars that you gravitated towards in your youth?

Off the court, I’d say Tyra Banks. My whole life I’ve loved Tyra Banks so much. I’ve looked up to her so much and I just admired her being a strong Black woman. And she’s a reason why I want to have my own show one day because when she had the Tyra Banks Show and America’s Next Top Model, how she portrayed herself on television and just how she carried herself, which really inspired me. Now that I’m older, I realize that young girls and young women are looking at me. And so I always want to be an example for them, like Tyra.

So the season is coming to a close, but I wanted to know how you prepared mentally and physically and how you’ve maintained your wellness over the past couple of weeks.

Every single day, I have to take one day at a time. I can’t think too far ahead. It’s just an everyday grind and everyday journey just to get myself feeling right.

I’ve actually had, while I’m in the bubble, just a lot of time to myself to figure out what’s right for me. I’ve always pretty much been a very grounded person. And I’m intentional about what I do to get myself going, to put myself in a zone and feeling like the best version of myself. But you know, I’m stuck in a bubble. I literally can’t leave.There’s just a lot of things that I could see as negative. I have to do the work every single day by reading my Bible, listening to affirmations and motivational speeches and just different things that help me to keep perspective in gratitude, regardless of what I’m going through.

So it’s definitely a daily process, but I think no matter where I’m at in the world and no matter where anyone is out in the world, you have to take time and make that time. I like to early in the morning, like as soon as I wake up, just set your foundation and set your intention for the day. 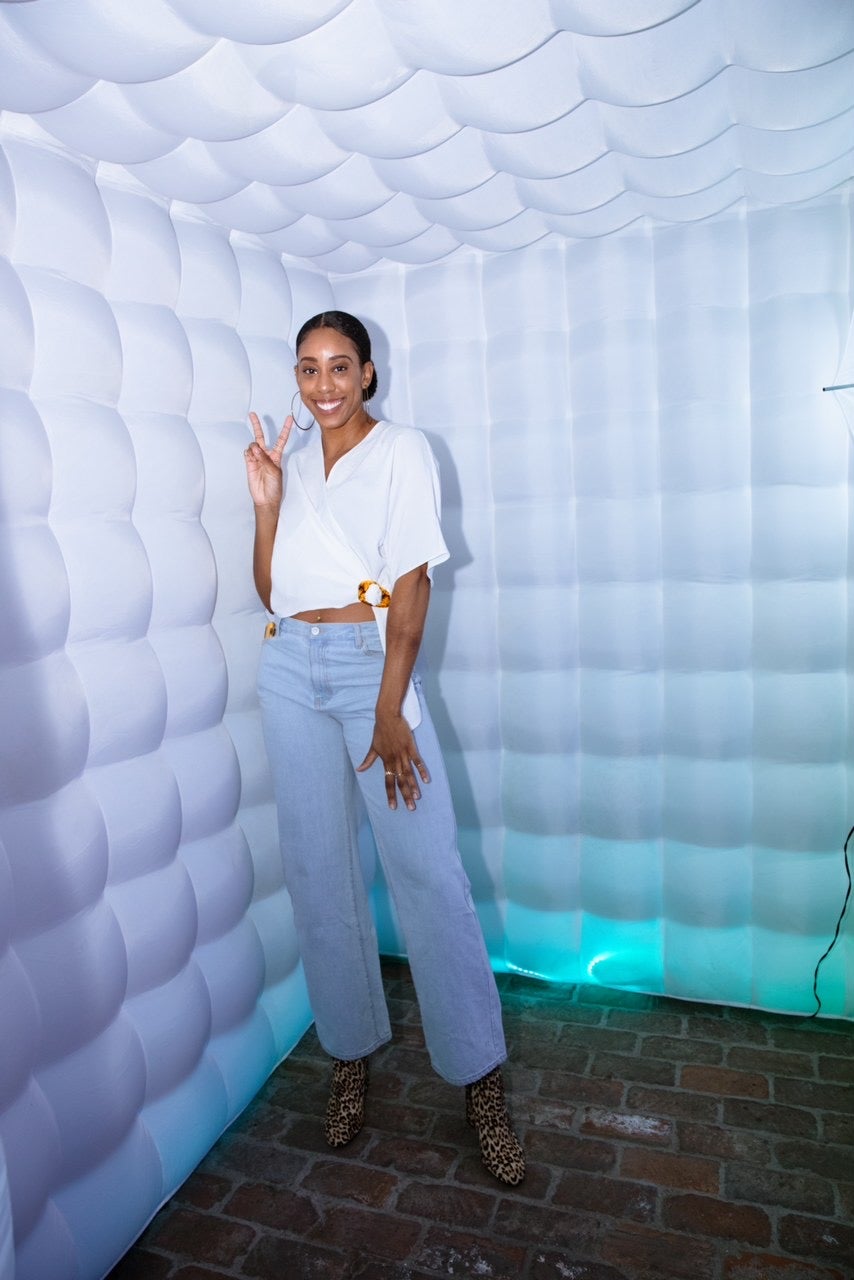 Can you expound a bit on the role that your faith plays in your career and life?

I’m nothing without God. I give all credit to God. That goes into a lot of my mental work too. Whether I’m feeling good or not feeling good, I want to just show my purpose. I want to serve God every single day. I know that I’m here on earth for a specific reason and every day I want to be able to make sure I’m living out my purpose.

I think leading a purpose-driven life is the best thing that any person do regardless of age. It really is motivating. Every day you just wake up with this sense of, ‘Okay, no matter what happened yesterday, I can keep going, because I know what I’m here to do is so much bigger than me.’

It’s so much easier said than done. I’ve had a few moments here in the bubble where I’ve lost sight of my purpose. Like, ‘I’m over it, I’m tired and I’m dealing with my own stuff.’ Then I go back and look at the things that I’ve written in my journals and see I’m going through these trials for a reason. I don’t even know why exactly, but I know that it’s a part of my purpose. So let me just stay the course.

What are you most looking forward to in this final week of playing and even afterwards?

I mean during these last three, we still have an opportunity for playoffs. I know that the season’s been very up and down, but there’s still a window of opportunity for us. So that would be excellent. And then what I’m looking forward to when I get out of the bubble is going to one of my favorite restaurant on my birthday, in Los Angeles. And I’m getting a doughnut burger with a side of fries and a peach cobbler shake.

Keep up with Monique by following her on Instagram.