BARGAIN hunters are loving a Wilko own-brand washing up liquid that costs just 25p – and is "just as good as Fairy."

It was spotted by by a shopper in Dartford who posted it to the Extreme Couponing and Bargains UK Facebook group. 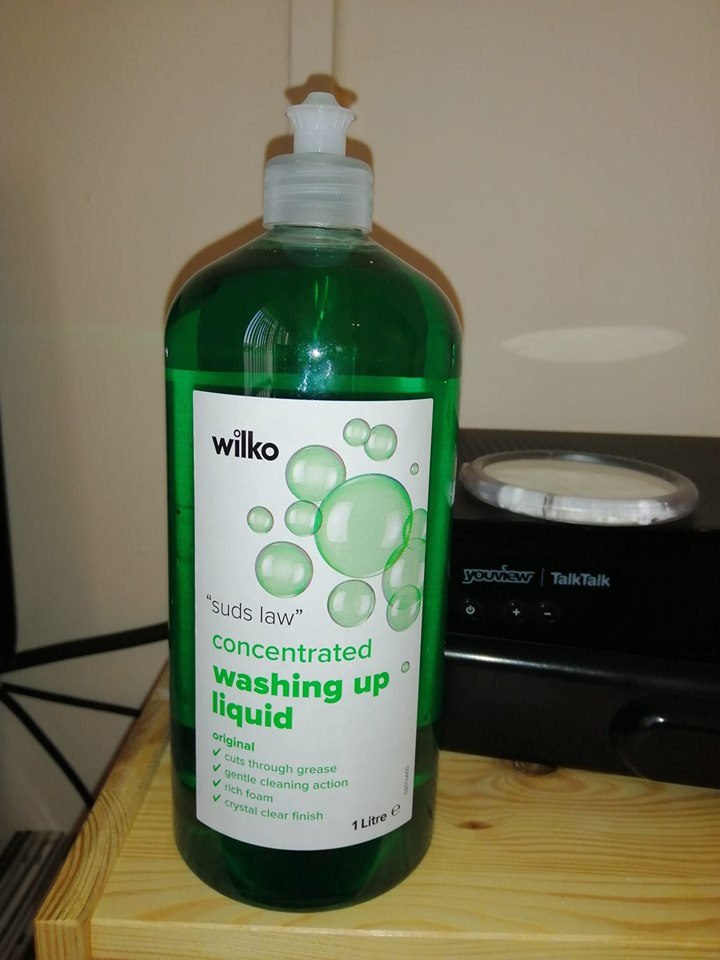 She said that the bottle was scanning for 25p and that an employee confirmed the price drop was national.

A 1 litre bottle of Fairy washing up liquid costs around £2.

The concentrated washing up liquid is said to cut through grease with its rich foam, leaving a crystal clear finish.

But it's sad news for online shoppers as the own brand washing up liquid is discontinued on Wilko's site.

Those of you who want to hunt down this bargain will have to use the store locator tool to find your nearest branch.

The post has over 100 comments – but some were not impressed.

One said: "It's terrible, worst one I've ever bought".

Wilko certainly know how to stock the right cleaning products – its £2 spray spruced up this mum's limescale-ridden shower in hours.

It's always possible to snap up a Wilko bargain – its egg chair is now half price at £100.

While you're in Wilko, pick up its £1 spray bottle that will be a life saver if the heatwave returns.