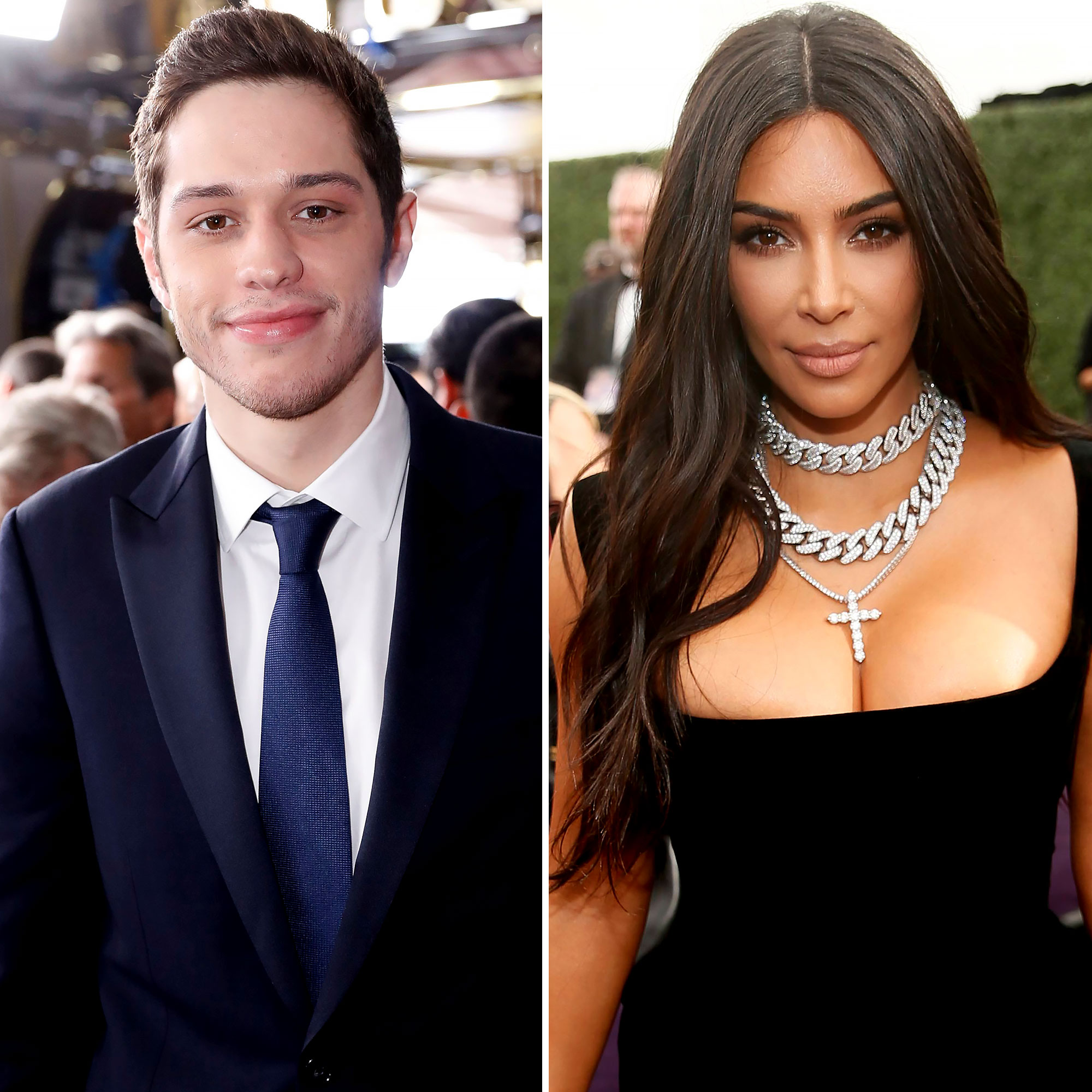 It’s safe to say Kim Kardashian and Pete Davidson are heating up. The comedian seemingly had a hickey on his neck as he stepped out for dinner with the reality TV mogul in Los Angeles on Sunday, November 21 — and social media users are shook.

“Are yall really telling me Pete Davidson is out there… w a hickey… that Kim K gave him… I can’t do this,” one person tweeted.

Another Twitter user added, “Lying awake thinking about how kim kardashian and pete davidson are dating and she gave him a hickey. this is the most important thing in the world to me rn.”

“Waking up to news of Pete Davidson’s hickey really gives one a reason to keep carrying on in this tough world,” a third person wrote.

A fourth user compared Kourtney Kardashian and Travis Barker’s PDA to Kim and Davidson, tweeting, “Ok we thought kourtney and travis were cringe sucking each other’s fingers on ig but kim giving pete a hickey is a new winner.”

Us Weekly confirmed the KKW Beauty CEO, 41, and the Saturday Night Live star, 28, dined at Giorgio Baldi on Sunda with an eyewitness telling Us that they “weren’t trying to hide.”

“[They] cuddled up and looked cozy,” the source said, adding that they were “ “talking very quietly” during their Italian meal. “[At one point, Pete] flirtatiously whispered something into her ear.”

In photos obtained by the Daily Mail from the outing, Davidson appears to have a quarter-sized hickey on the side of his neck. The twosome are also seen giggling in the car and keeping close inside the restaurant.

The King of Staten Island star has been linked to Kim, who split from now-estranged husband Kanye West in February, since late October. The duo were spotted on a Halloween outing after the Keeping Up With the Kardashians star hosted SNL earlier that month. They solidified reports of their romance by holding hands in Palm Springs on November 18.

“Kim lights up when she’s around Pete,” a source told Us earlier this month. “Their chemistry is off the charts and getting stronger each passing day. No one can remember seeing her smile and laugh so much around a guy. He just has this ability to hold Kim’s total attention and have her in stitches with his hilariously dry sense of humor. He’s so down to earth and humble, which she really digs.”

Another insider told Us that the twosome have a “unique chemistry” and “strong connection” — and her family approves.

“The family is happy for Kim, and they really have taken a liking to Pete,” a source exclusively tells Us. “A lot of the Kardashians met him in the past and have hung out with him, so he’s not like this new stranger that just entered into their lives. They think he’s funny and is fun to be around.”