Dancing on Ice star Trisha Goddard has ruled out any ‘drastic’ plastic surgery despite having fillers and ‘her frown lines done’ once a year – and branded young women with breast implants ‘mad’ because they ‘can’t feel for lumps’.

The TV presenter, 62, from London, who previously battled breast cancer, says her youthful looks are entirely down to being ‘muscular and strong’.

She believes many women who have undergone dramatic cosmetic procedures ‘move like old ladies’ because they’re not agile.

In an interview with The Sunday Mirror’s Notebook magazine, the Loose Women host said: ‘The best thing I’ve ever done is get muscular and strong, you sleep better and feel better. 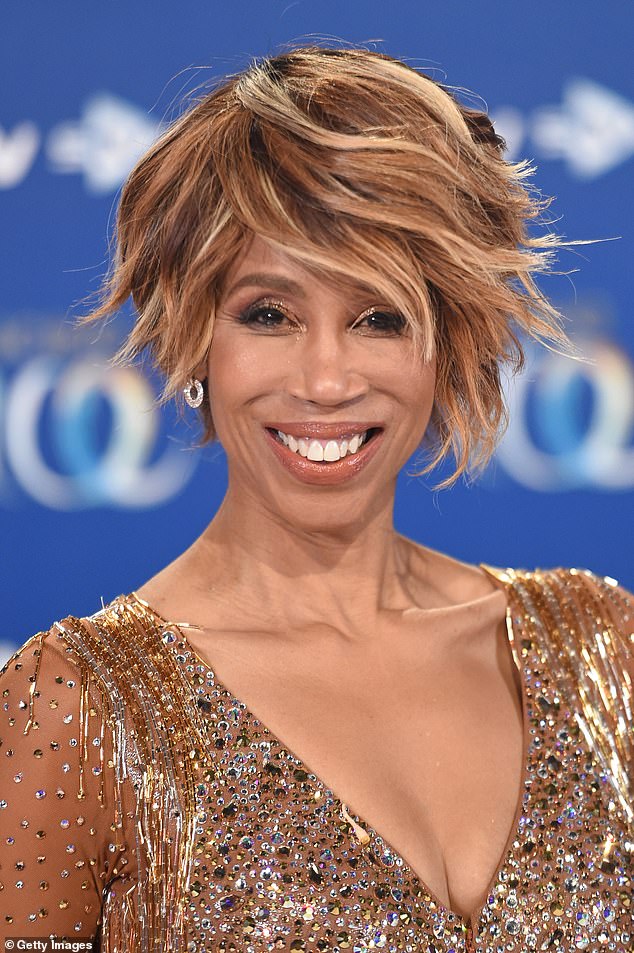 Trisha Goddard, 62, from London (pictured) says she would never have ‘drastic’ plastic surgery – but admits she has ‘fillers and her frown lines done’ every year 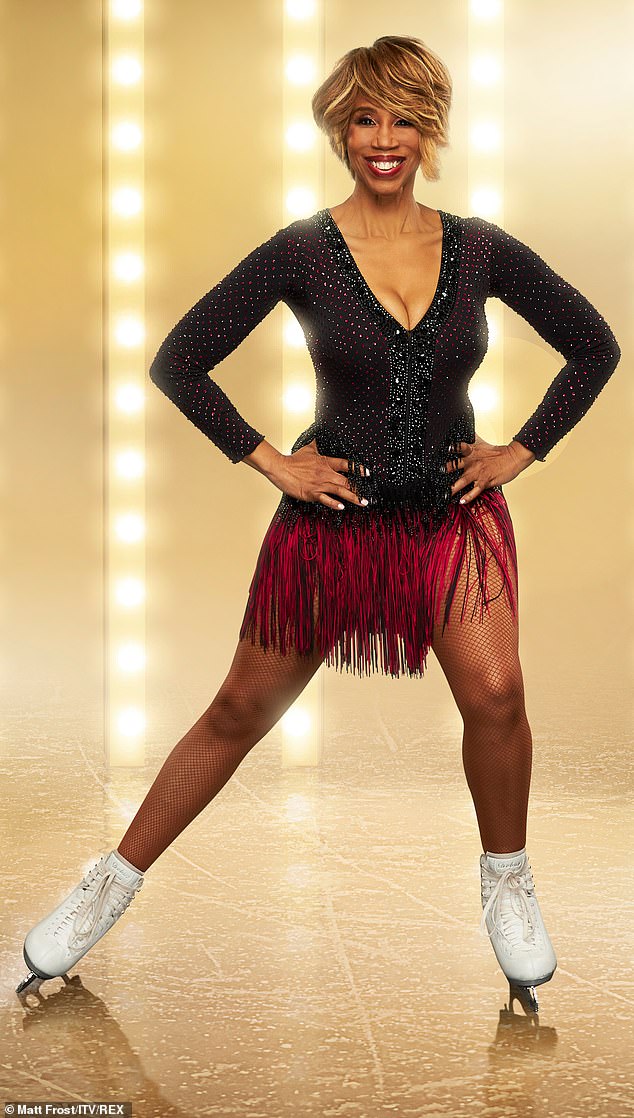 Trisha says that her youthful looks are entirely down to being ‘muscular and strong’. She is pictured as one of the contestants of ITV’s Dancing On Ice

‘Where I live in America you see these women who have had all this cosmetic work done but they move like old ladies.

‘You need to stay mobile and agile. Once a year I have my fillers done and my frown lines done but I wouldn’t have anything more dramatic done.

‘I think these youngsters who have breast implants are mad  – you can’t check for lumps.’

Last year Trisha opened up about the gruelling chemotherapy she endured during her breast cancer battle 10 years ago – which led to her undergoing cosmetic treatment.

She revealed how she had fillers after her face ‘literally fell in’ following her treatment and claimed she had Botox to help with her eyesight. 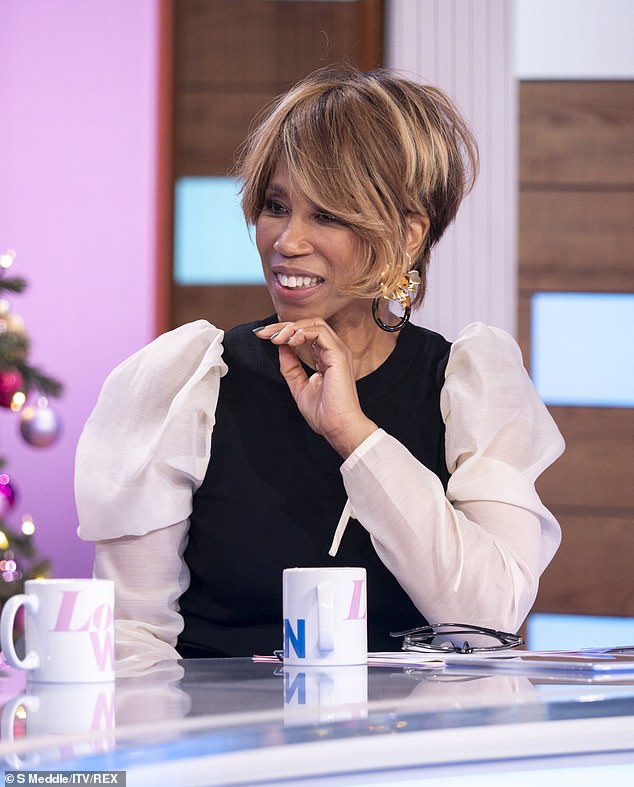 Last year on Loose Women, Trisha opened up about the gruelling chemotherapy she endured during her breast cancer battle ten years ago

Speaking on Loose Women, she said: ‘I believe in being honest. When I was going through chemotherapy and I was on air, my face literally fell in so I had fillers there.

‘I had a cranial surgeon do mine and once a year I have those lines done, and a bit of filler in my face, and for the first time last year I had a tiny bit of Botox.

‘I have a real issue with my eyesight, and of course Botox was initially developed for eyes, so that is where I got it.

‘Don’t get me started, I’ll get upset because my eyes, I’m really struggling with my sight.’

Trisha told how she had a lumpectomy, but they ‘moved the fat around’ so her boobs ‘are OK’.

She previously spoke of the ‘low moments’ she faced during chemotherapy and said at her lowest point she felt like she was ‘103-years-old’. 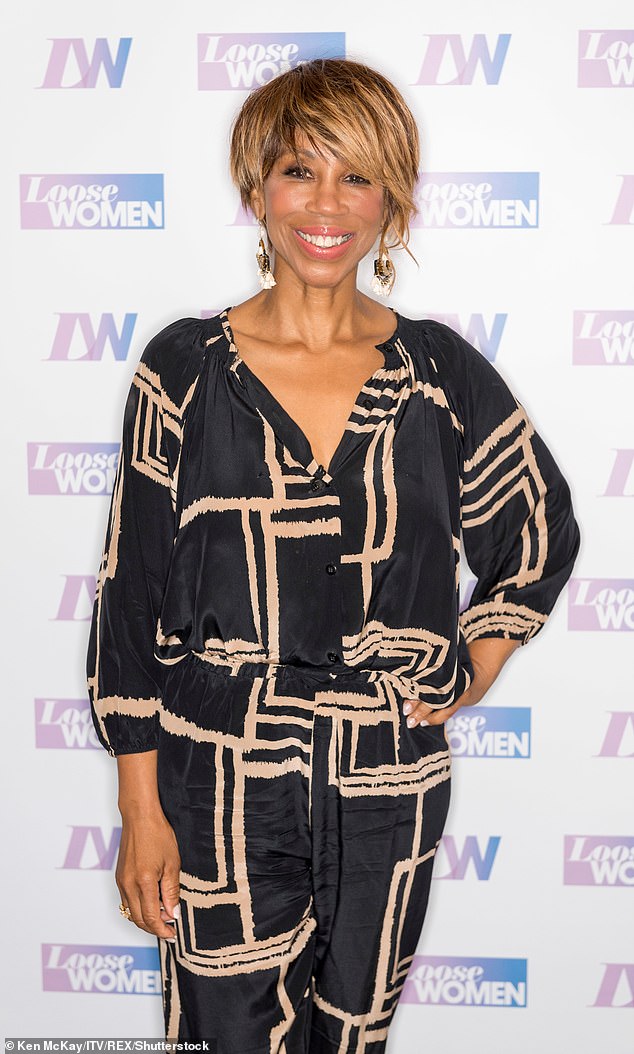 Trisha, who previously battled breast cancer, claimed that young women who have breast implants put in are ‘mad’ as you aren’t able to ‘check for lumps’

She told MailOnline: ‘I had some very low moments during chemotherapy. How can I describe the pain? It’s similar to chronic arthritis and you feel as if you’re 103 years old.

‘Every connective tissue is screaming out and, one day, I could not stand up. I started panicking.

‘But then I remember being told how it helps to breathe deeply and slowly through pain. I was skeptical but I did breathing exercises for about 10 minutes and then, thankfully, it started to work.

She continued: ‘My physical symptoms included chronic diarrhoea and mouth and throat ulcers. My hair and eyelashes fell out and sometimes I’d be doing a piece to camera in my show and a producer would point out that my false eyelash had fallen off.

‘As for food, some days I’d just eat pretzels because I was too nauseous to eat anything else. My eyes got infected and very often there’d be tears streaming down my face.’