Tyler Cameron is ready for whatever Hannah Brown’s book has in store for Bachelor Nation.

“I’m sure I’ll go grab a copy,” Cameron, 28, exclusively told Us Weekly on Friday, November 19, while promoting his partnership with Heineken. “I’m not nervous about whatever comes [out] in there. I wish her the best and I hope it sells well.”

The 27-year-old former Miss Alabama’s upcoming memoir, God Bless This Mess, has already made headlines after an excerpt revealed she slept with Peter Weber while his season of The Bachelor was airing in February 2020. Cameron, her runner-up, told Us that he knew about her hookup with her third-place contestant. 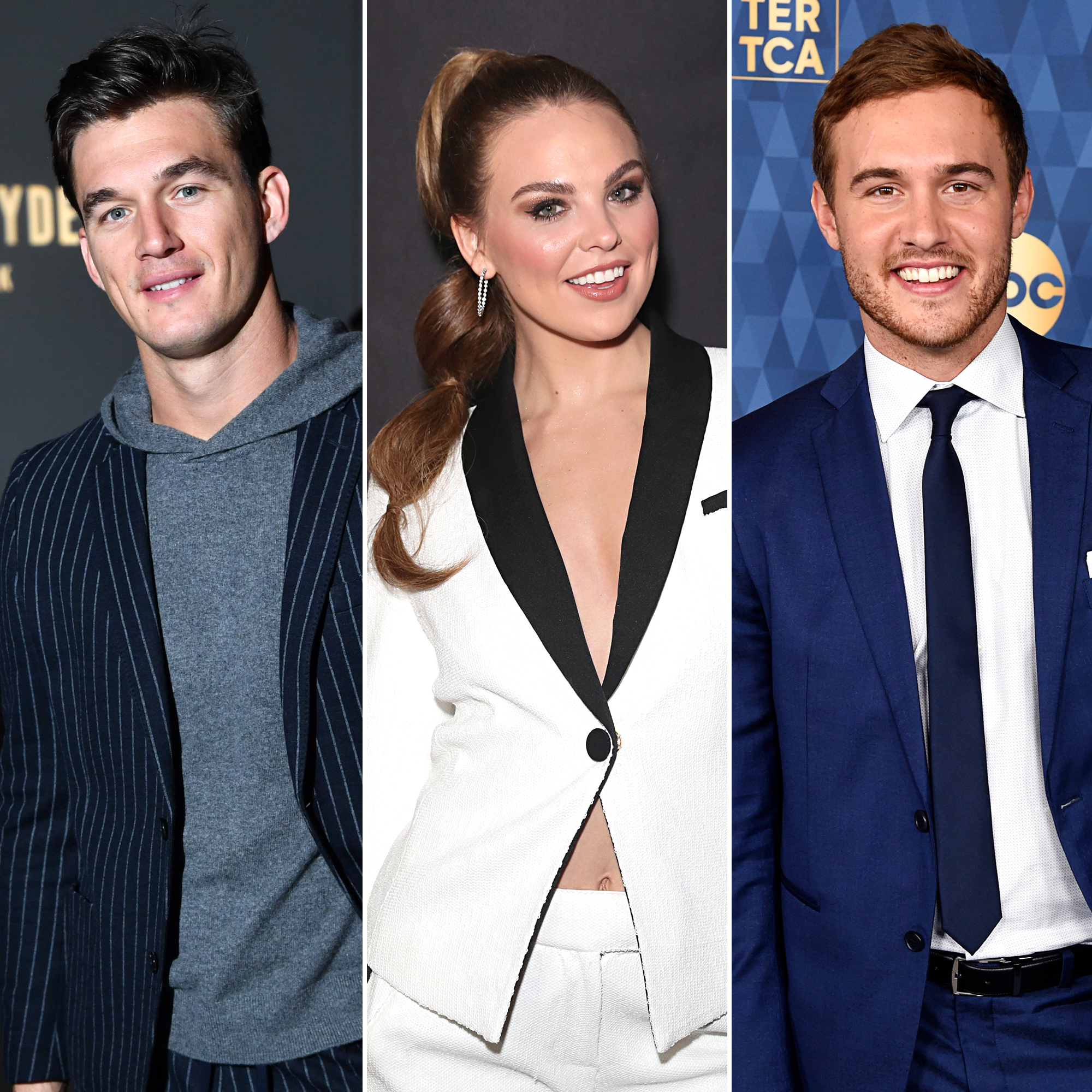 “Yeah, you know, we’ve talked,” the Florida native replied, confirming Brown’s recent confession to Us that their last conversation went down more than six months ago.

Following season 15 of The Bachelorette in 2019, Brown and Cameron nearly rekindled their relationship after her engagement to winner Jed Wyatt ended. Days after spending the night together in Los Angeles in August 2019, he was spotted with Gigi Hadid in New York City. Brown opens up about the heartbreak in her book — and Cameron addressed how he handled the situation in his own title, You Deserve Better, which was released in July.

“I slept at Hannah’s house, but we didn’t sleep together. We weren’t in a relationship at that point, and we definitely weren’t boyfriend and girlfriend. Two days later, I was seen in New York City, out on a date with a different girl,” he wrote. “Now I know, this was a major mistake on my end. Not because I shouldn’t have been dating, because I was very clear with Hannah all along that after the way the show ended, I needed some time and space to figure things out. … If I could go back and do it all again, I would handle it differently. My communication should have been better.”

Cameron is now single after splitting from model Camila Kendra over the summer.

“Am I putting myself out there? Yes. Am I dating anybody? No,” he told Us on Friday, noting he’s not on any dating apps at the moment.

The Biggest Bombshells Revealed in ‘Bachelor’ Memoirs Over the Years

When asked about reports that he’s been in consideration to be the next Bachelor, he admitted it’s not off the table.

“We’ve talked about it here and there,” Cameron told Us. “But it’s not on my list of things to do right now. There’s things I want to accomplish and do. And that’s a great thing to be a part of and a great honor, but I’m not ready for that position or that role yet. … In the future, maybe, I’ll never say never to anything.”

For now, he’s eager to meet fans at the New York Islanders game at UBS Arena in Elmont, New York, on Saturday, November 20.

“I’m a big fan of the brand, you know, I’ve been drinking [Heineken] beer for a while,” Cameron told Us. “What a great way to be a part of it, pouring out the first beers at the grand opening of the UBS arena. I’m very excited and stoked to be a part of this. I’ll be at the Heineken Terrace Bar at 5 pm. I’ll be handing out beer. So come out, have a drink, we’ll have a good time and hanging out, I’ll take pictures, whatever you guys want to do.”