‘I wanted to avoid work!’ U2’s Bono says he ‘struggled to concentrate on anything in school except girls and music’ in new memoir – as he boasts he was drawn to write ‘simple’ songs despite ‘not being able to play guitar’

U2 musician Bono is set to release a candid memoir  in which he describes being drawn to ‘simple’ songs and became a musician because he ‘wanted to avoid work.’

The activist, 62, from Dublin, has announced his autobiography ‘Surrender’ will be published by Penguin Random House on November 1.

Despite having been in an award-winning band since the 1970s, the memoir is Bono’s first time writing about his life as a musician, activist and family man.

In the book, he reveals how he was inspired to start learning guitar after listening to Glad To See You Go from the Ramones Leave Home as an 18-year-old and thinking it sounded ‘simple.’

He explains how he didn’t feel inclined to take on a job, writing: ‘A job is the thing where you do something you don’t really like for eight hours a day for five or six days a week in return for money to the stuff on the weekend that you want to do all the time.

‘I know I would like to avoid work. I know that if I could do what I love then I would never have to work a day in my life.’ 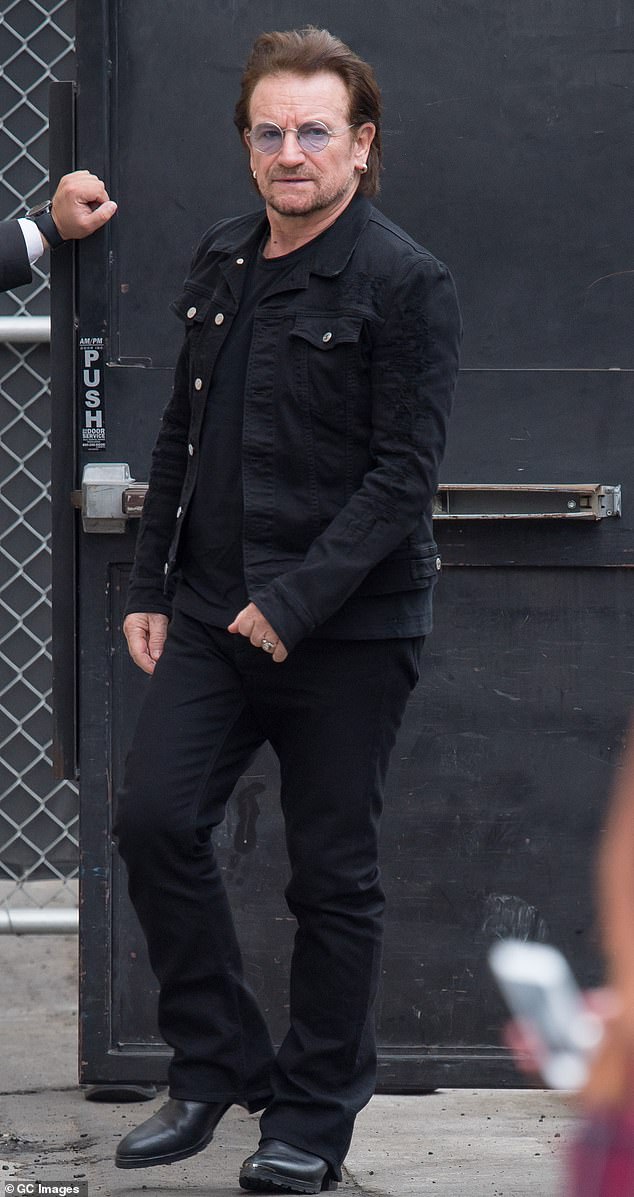 Bono, 62, from Dublin, (pictured) has announced that his memoir ‘Surrender’ will be released on 1 November 2022, published by by Penguin Random House 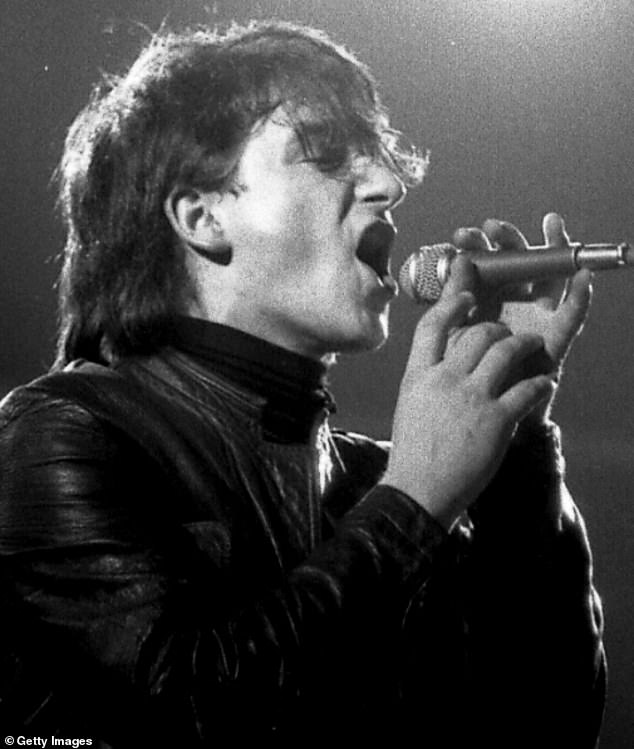 In a video illustrating an extract from Surrender’s ‘Out of Control’ chapter, Bono explains how he started writing U2’s first single on 10th May 1978, his 18th birthday.

He says: ‘I’m jumping around the living room of 10 Cedarwood Road to the sound of Glad To See You Go from the Ramones Leave Home. 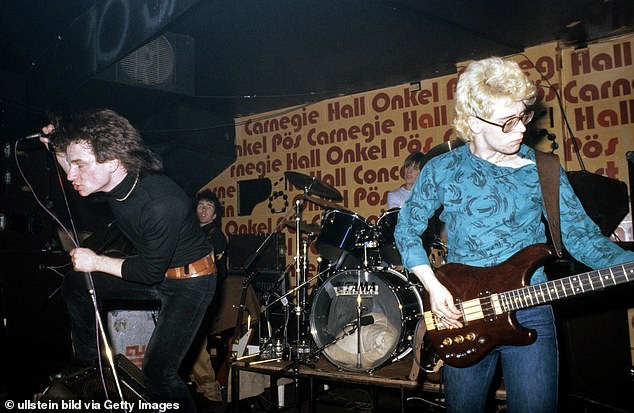 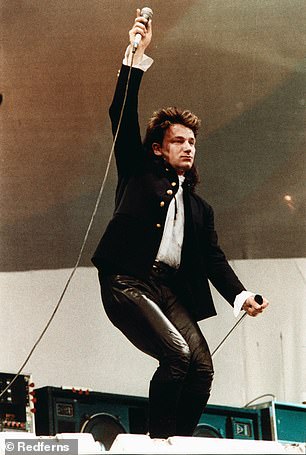 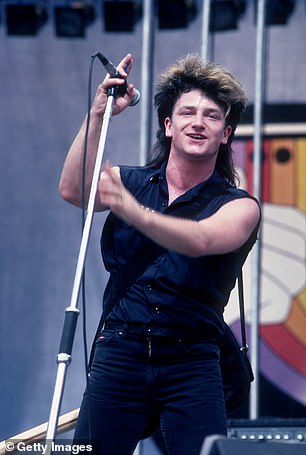 In his memoir, which is due to be released in November, Bono looks back on his life before the U2’s global success and his activism, including the sudden loss of his mother at age 14

‘These songs are so simple and yet they express a complexity that’s way more relevant in my life than Dostoevsky Crime And Punishment, which I’ve just finished.

‘It took me three and a half weeks to read. This album takes only 29 minutes 57 seconds.’

He continues: ‘Songs so simple that even I can play them on guitar and I don’t play guitar. 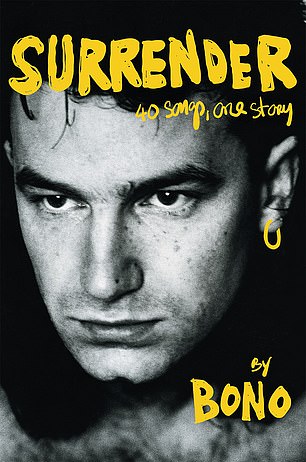 ‘Songs so simple, even I might be able to write one.

‘This would be some kind of personal revolution, the reverberations of which might be felt all the way upstairs to the empty room of my older brother Norman, or more importantly still down the hallway to the kitchen, where the dad is sitting.

‘My dad who wants to talk to me about getting a job. A job?’

Bono goes onto say that his friend lost a girlfriend to him because of his abilities as a musician.

He continues: ‘It wasn’t so long ago that I was smart at school but lately I can’t concentrate on anything except girls and music.

Elsewhere, he reveals that he considered being a journalist but was having problems at school that would make it difficult to get the necessary qualifications.

He says: ‘I don’t yet know that rock and roll, Punk Rock in particular will prove my liberation. 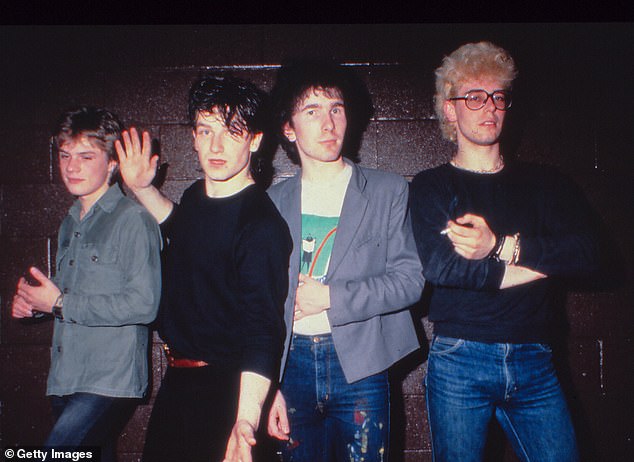 Bono recounts being an 18-year-old trying to decide on a career in an extract from the book. Pictured: U2 in 1981

‘That it will end my occupation of my bed,’ he adds.

They released their first album, Boy, on Island Records in 1980 and to date have released a total of fourteen studio albums that have sold 157 million copies worldwide.

Meanwhile he is also an activist. Having co-founded ONE and (RED) as sister organisations to the Jubilee 2000’s Drop the Debt campaign, Bono has lobbied heads of state and legislatures around the world, helping to ensure the passage of programs, such as the U.S. PEPFAR AIDS program.

Bono and The Edge perform surprise concert in Kyiv bomb shelter: U2 rockers entertain small crowd in subway station after being personally invited by president Zelensky

U2 stars Bono and The Edge performed a surprise jam session in Kyiv this week after a personal invitation from president Zelensky.

The members of the Irish supergroup tweeted images of their performance with Ukrainian band Antytila’s lead singer Tomos Topelia in one of the Ukrainian capital’s bomb shelters.

From a station platform, 61-year-old Bono belted out U2 classics ‘Sunday Bloody Sunday’, ‘Desire’ and ‘With or without you’.

‘The people in Ukraine are not just fighting for your own freedom, you are fighting for all of us who love freedom,’ said Bono during a break.

‘We pray that you will enjoy some of that peace soon,’ said Bono.

Bono and The Edge were later pictured visiting the towns of Irpin and Bucha – the sites of alleged Russian war crimes after weeks of occupation.

The pair were shown greeting locals amongst the ruins of buildings, and outside St. Andrew Pervozvannoho All Saints church – where a mass grave was found in April.

(RED), which partners with companies to raise public awareness about, and corporate contributions for, the AIDS crisis has to date generated more than $700 million for the Global Fund to treat and prevent AIDS in Africa.

The father-of-four, who lives in Dublin with wife, Ali Hewson, also cofounded the Rise Fund in 2016, a global impact fund investing in entrepreneurial companies driving positive social and environmental change.

Meanwhile the musician has received multiple  awards including the Chile’s Pablo Neruda Medal of Honor, the Légion d’honneur from the French government, an honorary British knighthood, the Fulbright Prize for International Understanding, and TIME magazine’s Person of the Year (along with Bill and Melinda Gates).

But despite the band’s global fame, Bono has become a polarizing figure in recent years with close friend Noel Gallagher admitting that he is ‘frustrated’ when people say they don’t like U2 rather than saying they don’t like Bono.

‘It’s like you’re not telling me you don’t like one single note that they’ve ever done. It’s rubbish, it’s nonsense.’

‘I’ve said this to him, so I’ll say it to you: nobody likes a do-gooder, nobody likes it. That’s why people like me, I’m a do-badder,’ NME reported.

Unlike other rock stars, Bono has often been spotted talking to politicians partially to support his activist work.

He was seen speaking to controversial figure Mike Pence, who is openly against the LGBT community after the election of Donald Trump and also has a friendship with President George W. Bush.

U2 transferred their tax affairs to The Netherlands after Ireland’s tax exemption for artists was ended in 2006, which also gained attention because of Bono’s charitable reputation.

In his memoir, Bono looks back on his life before global success to provide an insight into his childhood growing up in Dublin, and the sudden loss of his mother when he was 14.

The musician reveals his family, friends and faith have shaped him throughout his years fronting  U2 in addition to his more than 20 years of activism dedicated to the fight against AIDS and extreme poverty.

Surrender’s subtitle, ’40 Songs, One Story,’ is a nod to the book’s forty chapters, each named after a U2 song. 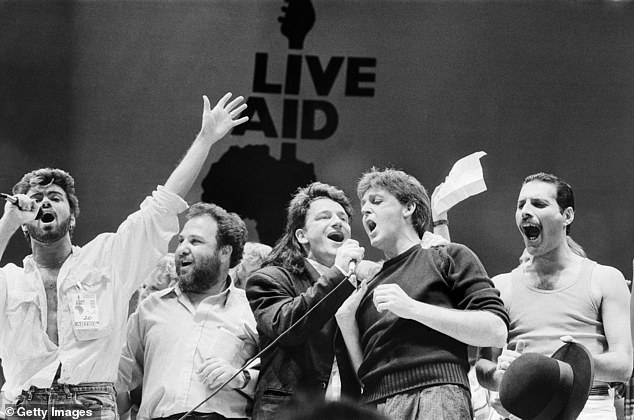 Bono’s (RED) orgnaisation has to date generated more than $700 million for the Global Fund to treat and prevent AIDS in Africa. Pictured: Live Aid benefit concert in 1985 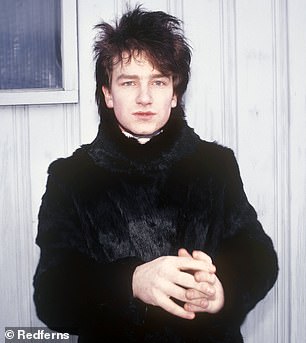 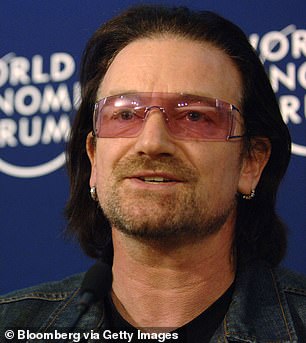 Speaking about his decision to pen the book, Bono said: ‘When I started to write this book, I was hoping to draw in detail what I’d previously only sketched in songs.

‘The people, places, and possibilities in my life. Surrender is a word freighted with meaning for me,’ Bono said.

‘Growing up in Ireland in the seventies with my fists up (musically speaking), it was not a natural concept.

‘A word I only circled until I gathered my thoughts for the book. I am still grappling with this most humbling of commands. 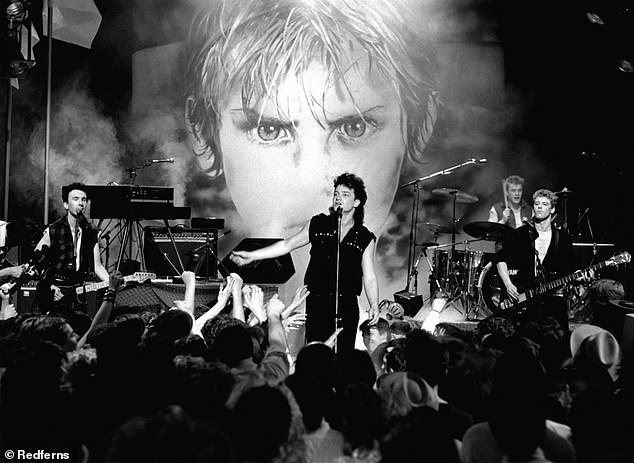 Bono, who has won numerous awards for music and activism, also reveals that he considered becoming a journalist

‘In the band, in my marriage, in my faith, in my life as an activist. Surrender is the story of one pilgrim’s lack of progress . . . With a fair amount of fun along the way.’

‘Brilliantly written – warm, wise, funny, self-deprecating, utterly engaging, brave and fearless, Bono reveals himself as a natural storyteller and a powerful and gifted writer. I know this book will delight readers around the world and has all the hallmarks of a future classic.’

‘All of the passion that Bono brings to his music and his life he also brings to the page,’ said Knopf EVP and Publisher Reagan Arthur, who is Bono’s editor at Penguin Random House US. 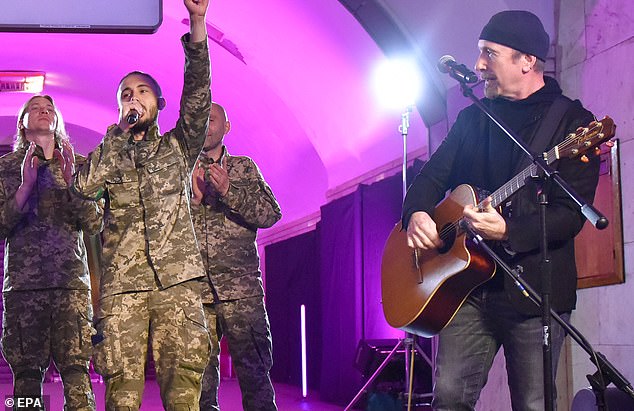 ‘Seven years ago another legend, the late Knopf editor Sonny Mehta, acquired the book, because he knew Bono fits into the tradition of literary Irish storytellers, and we were lucky to have Sonny’s notes on an early draft of the manuscript.

‘We’re luckier still that Bono not only has a dramatic personal history to tell, but he’s also a truly gifted writer.

‘Surrender is honest, intimate, irreverent, and profound – a dazzling memoir of a remarkable life.’

The book will be released on 1 November 2022, published by by Penguin Random House.