The experiences of nearly half a million women show domestic violence victims face a stark choice when they are considering whether to flee a relationship: violence or poverty.

A new report from researcher and writer Anne Summers finds that for those who do leave, especially if they have children, the financial situation is precarious and government payments offer little support. 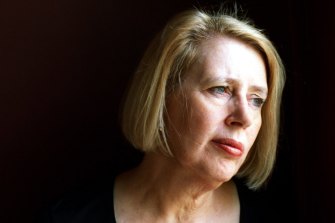 Single mothers with children under 18 were three times more likely than the general population to have had violent partners.

The report is based on previously unpublished 2016 data from the Australian Bureau of Statistics that was customised for Summers’ work in a Paul Ramsay Foundation fellowship. Experts say the problem has worsened during the pandemic.

Summer says the data includes “big and frightening numbers” but must prompt action from policymakers to ensure women who left violent situations didn’t end up in poverty.

Of the 311,000 single mothers included in the study, 185,700 (60 per cent) had had a physically violent partner and 220,200 (71 per cent) had been in an emotionally abusive relationship. Three-quarters said the violence was the main reason they left the relationship.

A further 275,000 women were still living with partners who had been or still were abusive.

Almost 90,000 said they had never left but wanted to, with half saying they either didn’t have the money to do so or had nowhere to go.

Many women left their partners several times before making a final break, with financial reasons frequently behind their return. About one in eight spent at least some time sleeping rough, in cars, tents or on the street. Only a quarter were able to take property or assets with them.

The previous government last year started offering up to $5000 in cash and vouchers to people escaping violent relationships, although the two-year trial scheme has had teething problems. The National Women’s Safety Alliance says the payments should be doubled.

“It is a devastating picture,” Summers said.

Half of the single mothers who had been victims of violence said government payments were their main form of income, although 60 per cent of them were employed.

Summers has labelled the situation “policy-induced poverty”, particularly the rules that push single parents from the $880 fortnightly parenting payment onto the $691 Jobseeker rate when their youngest child turns eight.

“Rather than providing security or even much of a safety net for single mothers, the system creates, and then perpetuates, poverty and disadvantage,” she said.

“We are spending millions of dollars each year on prevention and awareness campaigns, urging women to leave violent partners, but condemning far too many women to life on the edge of a financial cliff if they are brave enough to leave.”

Single mothers were the least likely demographic to say they could quickly raise $2000 to respond to an emergency. They were also far more likely to have had cash -flow problems, such as not being able to pay bills or car registration on time or having to seek financial help from family, friends or charity.

An analysis of other data by Australian National University economists Bruce Chapman and Matt Taylor found that before leaving their partner, mothers who experienced violence had roughly the same income as those in non-violent relationships.

Social Services Minister Amanda Rishworth said the welfare system should be considered in the broader context of support available to women to leave violent relationships and start recovery and healing.

“The government understands that parents face challenges in combining employment and family responsibilities when children are young, particularly single parents,” she said.

“As children get older and attend school, most parents find they can increase their level of employment and reduce their need to rely on income support.”

Summers recommends allowing single parents to stay on the higher parenting payment until their youngest child turns 16, and increasing those payments to match the single aged pension rate. She also says the government should abolish mutual obligations for single parents with young children and collect better data about the connection between domestic violence and single parenthood.