The expression “if it ain’t broke, don’t fix it” was first popularised by Bert Lance, a close adviser to Jimmy Carter during his 1976 US presidential campaign.

Lance used the saying to reference government expenditure, but hopefully he would be happy to apply it to this story about the new Stan* reality series, Love Triangle.

Created by Tara McWilliams and John Walsh, executive producers of Nine’s rating juggernaut Married at First Sight, Love Triangle challenges a group of singles to relinquish their grasp on what they think their perfect partner should look like and instead date someone they’ve never laid eyes on. Then they move in together. Sound familiar? Well, if it ain’t broke. 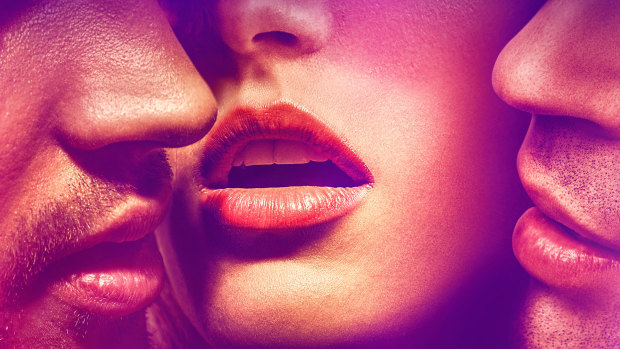 However, Love Triangle throws in a few curveballs that make this eight-episode offering a slightly different product to MAFS. So, perhaps it’s more a case of if it ain’t broke, don’t fix it – but maybe tweak it?

Love Triangle will premiere on October 6 on Stan, with new episodes to follow weekly. Here is everything you need to know.

Six singles spend three days talking to two potential love interests while trying to form a connection. But unlike the swipe-and-discard thrust of app-dating, there is no opportunity to judge a book by its cover.

“It’s three days talking to their two options via texts and phone calls, but no visual interaction and no discussing what you look like, your ethnicity, hair colour, none of that,” says McWilliams.

After three days, each single will make their choice and go on their first blind date. Following the date, the newly formed couples will move into an apartment together and begin their relationship. Once the six couples are formed, the wider group will attend parties to get to know one another.

So, it’s basically MAFS with tweaks?

“It was important to us Love Triangle had its own identity; we knew MAFS comparisons would be made, but we wanted something different,” says McWilliams.

That’s fair, but moving in together and having group catch-ups all sounds pretty MAFS-y, right? 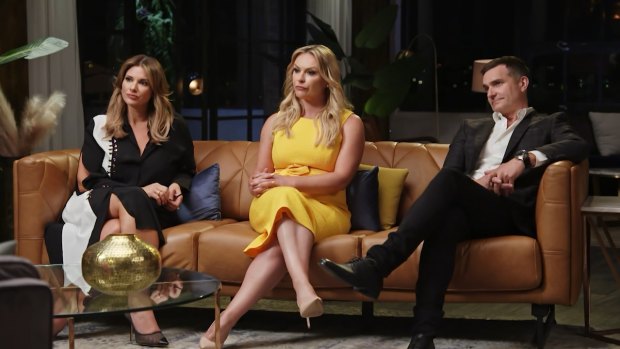 The experts on Married At First Sight are nowhere to be seen on Love Triangle, which lets couples navigate their own destiny.

“The difference is it’s not an experiment, there are no experts or weekly commitment ceremonies, and the singles decide who they end up with from their two options.”

Expect drama to unfold more rapidly, with Love Triangle contained to eight episodes, whereas the average MAFS season is well over 30 episodes.

Can we expect any twists?

Absolutely. Would it be a reality dating show without some kind of bombshell that will blow your mind? Given the show is called Love Triangle, it’s a safe bet that partner swapping will be on the menu, according to series producer John Walsh.

“It’s more like the real world; if you end up being attracted to someone outside your relationship, then so be it, and we will track that storyline,” says Walsh.

The release for Love Triangle also teased a “mind-blowing” twist to arrive mid-season, which we suspect will be the return of the people who the single contestants did not choose after the initial three-day period.

Will it be any good?

The Married at First Sight team has a proven track record of delivering TV that sparks national dialogue, turns cast mates into household names and, most importantly, rates strongly. However, the move to a streaming platform shifts the goalposts, meaning the look, feel and expectations for Love Triangle will be different. 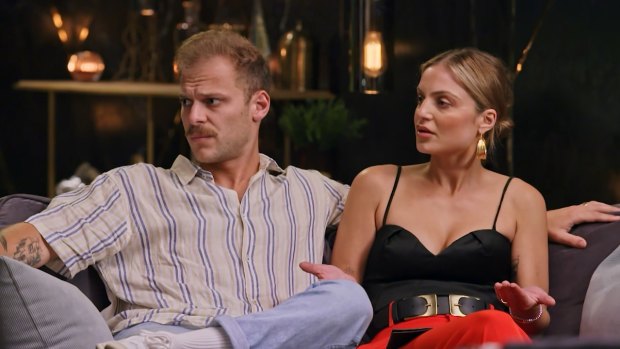 “If there’s not a Daily Mail article every day about our contestants, that is fine,” says Walsh.

“You will see people on Love Triangle that you wouldn’t see on MAFS; they will be different to contestants like [Married at First Sight star] Domenica.”

The first two episodes of Love Triangle will premiere on October 6 on Stan.

*Nine is the owner of Stan, 9Now and this masthead.