But what's behind the crisp shortage? We explain all, including when you can expect to see your favourite snack on shop shelves again. 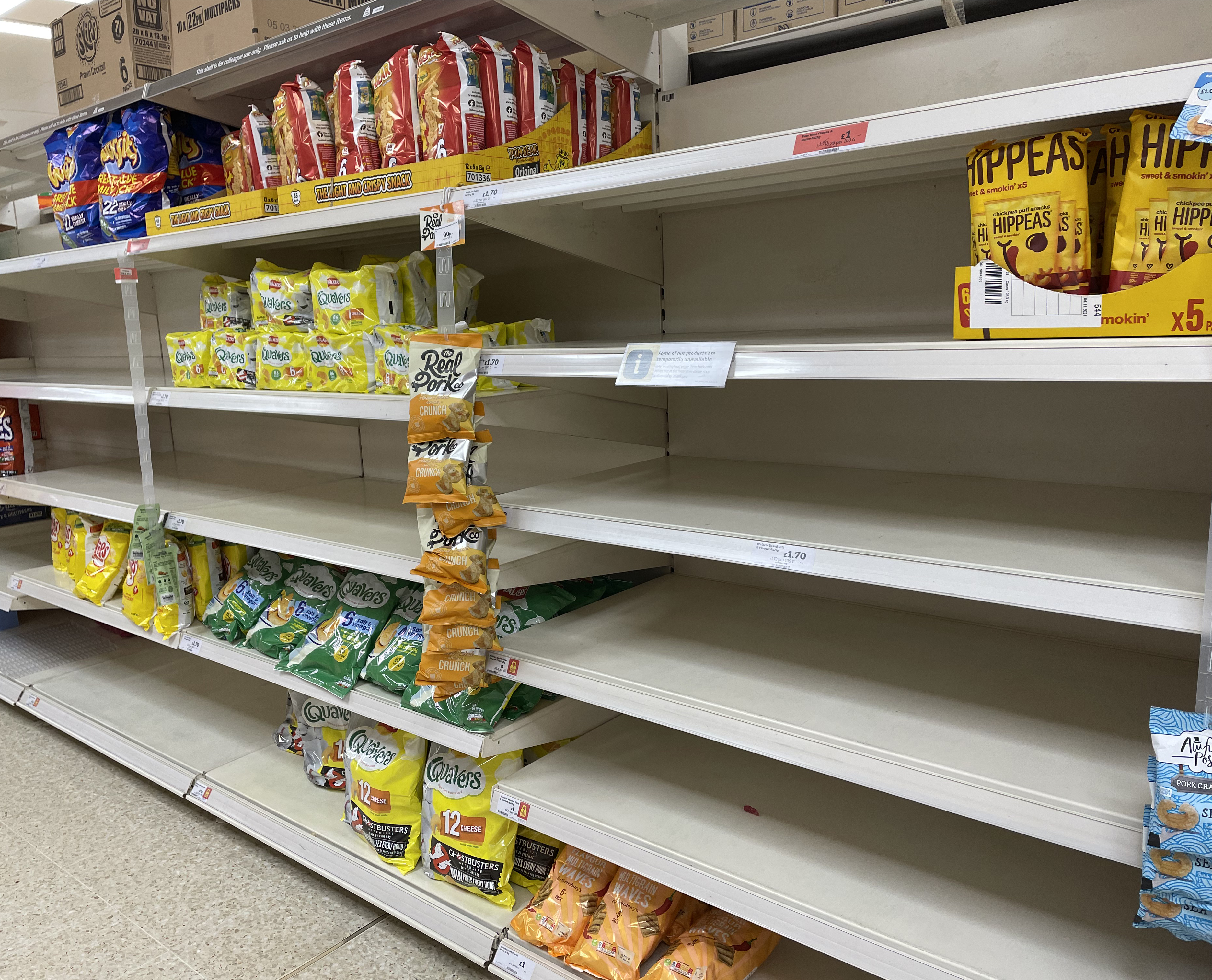 Why is there a Walkers Crisps shortage in the UK?

The Walkers crisp shortage is down to an IT systems upgrade which has disrupted supplies.

The crisp giant is now prioritising making the most popular flavours, including salt and vinegar and cheese and onion.

Snacks affected by the shortage include multipacks of ready salted crisps, and lunchbox favourites Wotsits and Quavers have also been hit by the issue.

But it's understood that any crisp flavours could be affected.

All crisps are still being made, but the problem means they are being produced in smaller quantities than usual.

A Walkers spokesperson said: "A recent IT system upgrade has disrupted the supply of some of our products.

"Our sites are still making crisps and snacks but at a reduced scale."

"We're doing everything we can to increase production and get people's favourites back on shelves."

How long will the shortage last?

Walkers has said that production will be disrupted for a few more weeks yet.

The Sun found that French Fries were out of stock online at some supermarkets.

Monster Munch and Doritos appear to be unaffected by the supply issues at the moment.

The Sun previously revealed that the crisp maker had asked supermarkets to remove promotions to avoid shortages.

Crisp fans have complained the shortage is worse than the petrol crisis.

Cheeky eBay sellers have even listed packets of Walkers crisps for £7 a bag.

What other food shortages are there in the UK?

The issues at Walkers' factory come as shortages and supply issues have hit Brits in recent months.

McDonald's has left customers clucking mad after removing the Chicken Legend from menus across the UK.

Milkshakes have previously been taken off the menu at the fast food chain, while KFC and Nandos have also been affected.

A lack of lorry drivers has created problems getting items to restaurants and stores.

The Sun has launched a campaign to help recruit 100,000 HGV drivers to try to plug the gap.

Meanwhile festive foods could be in short supply and parents have been warned to buy presents early so they don't miss out.