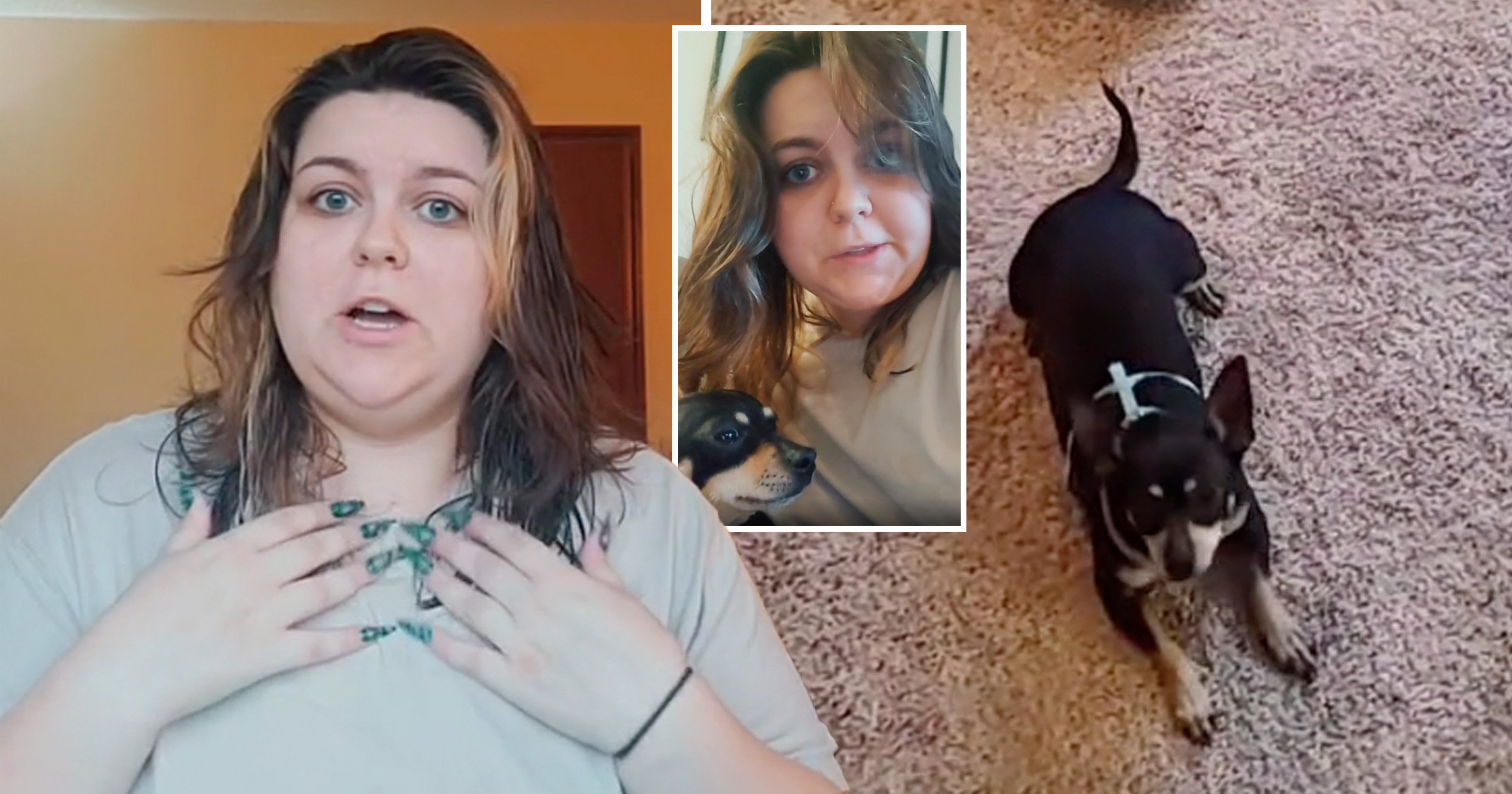 Dogs never fail to amaze us with their talents.

But one woman on TikTok has revealed that her adopted Chihuahua had a hefty surprise in store.

TikTok user @kaleemcgee explains that she was baffled why her four-year-old rescue dog Max wouldn’t listen to her commands when she brought him home from the shelter – especially when he seemed to be trained.

Kalee adds that she and her partner didn’t know anything about their new dog’s history, but were very confused why he wasn’t responding – as he seemed like a very good boy.

In her video she says: ‘We adopted a dog two or three weeks ago – a great little Chihuahua, four years old from the shelter. No information on him, absolutely adorable and super great.

‘He sits when you have a treat in your hand, not when you say “sit” and he walks really well on the leash, so it seems he has some training. But he won’t listen to us.

‘But we figured it out…’

It turns out that Max wasn’t being stubborn or naughty – he actually just didn’t understand because he speaks Spanish, not English.

Therefore Kalee’s commands were getting lost in translation.

‘He only speaks Spanish,’ Kalee continues.

‘Our little Chihuahua doesn’t know English, and has been looking at us like “what are you talking about?”‘

She then inserts footage of her trying to tell Max to ‘come’ with him remaining – until she says ‘aqui’ (‘here’ in Spanish).

He can also be seen wagging his tail to ‘buen chico’ instead of ‘good boy.’

She adds that the discovery was made by her partner who suggested that he might speak Spanish, because of his Mexican breed.

Kalee stresses in another video that she’s now having to use Google Translate as she doesn’t actually speak the language.

But at least owner and dog understand each other now.