A WOMAN who thought her sore throat was long Covid turned out to have two cancers.

Jemma Falloon, 41, was shocked at her diagnoses considering she was a super-fit triathlete, otherwise completely healthy. 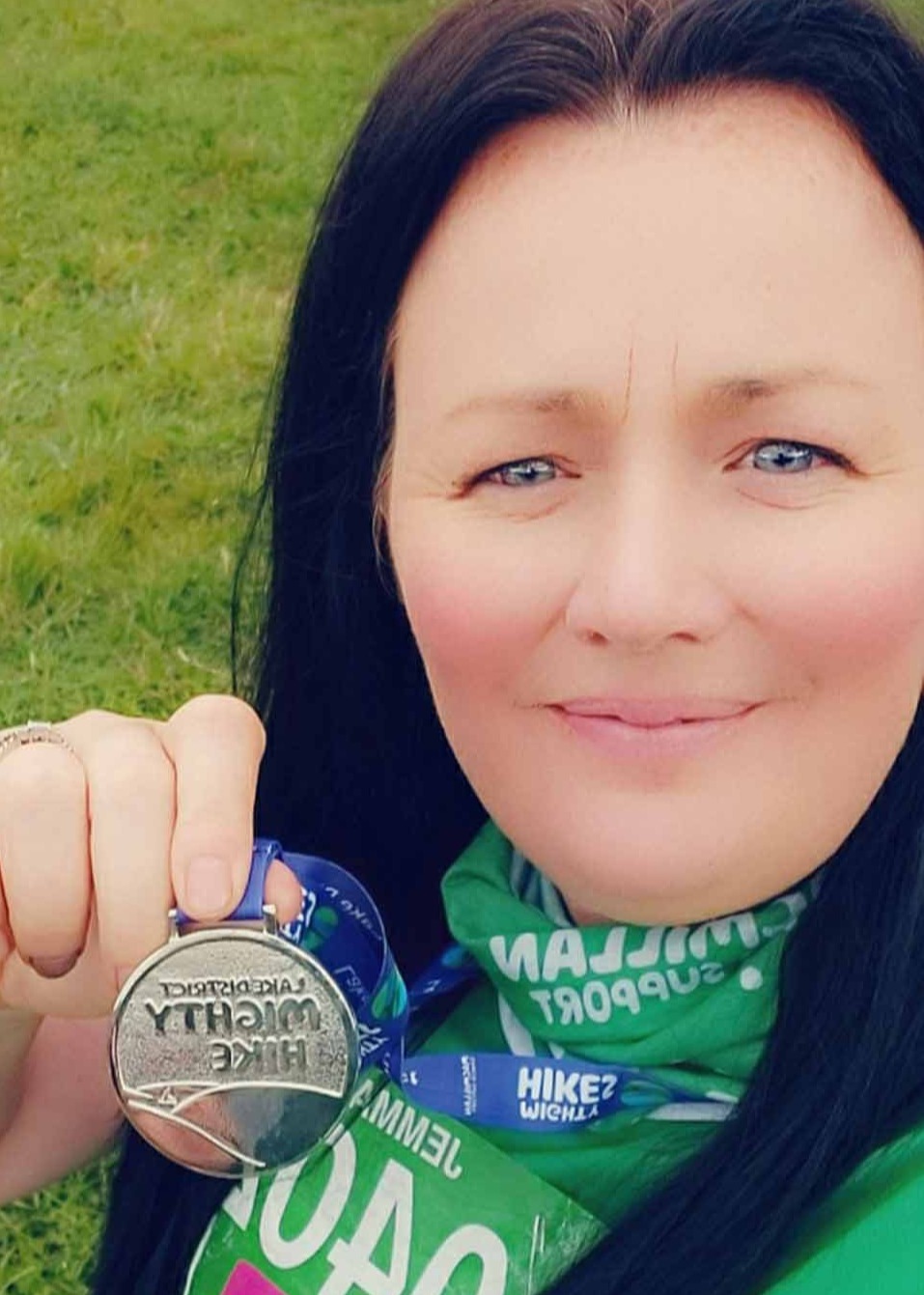 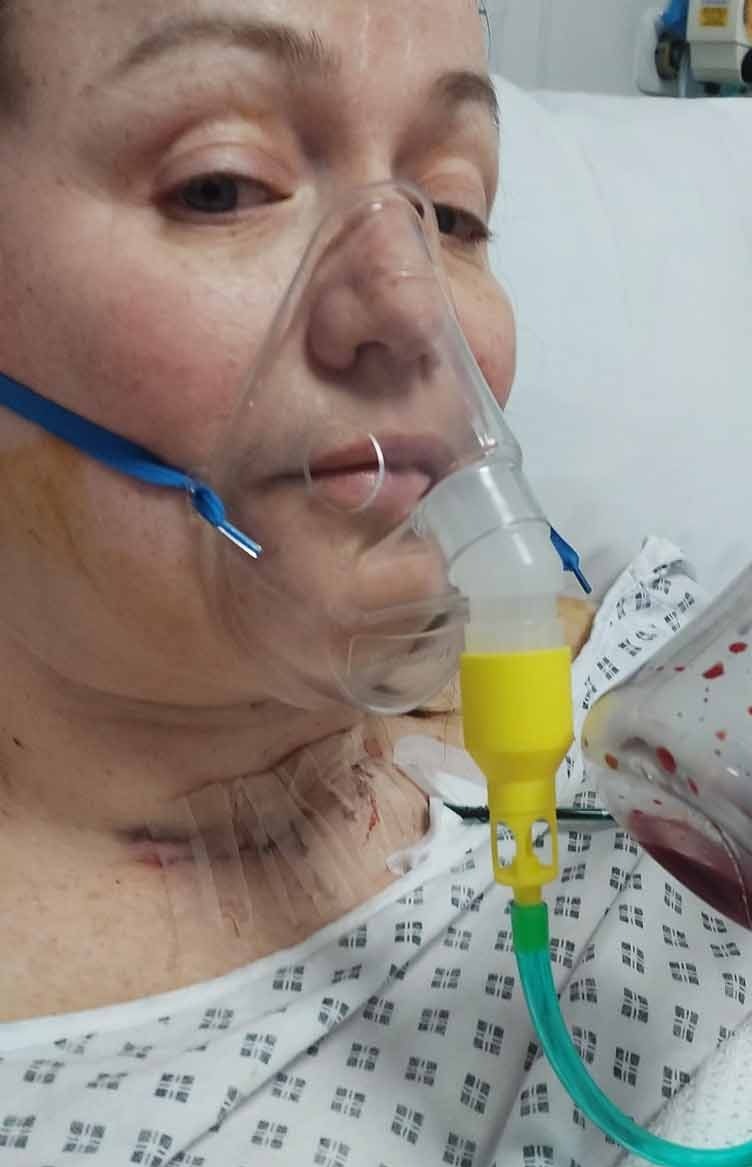 The mum-of-three, of Ellesmere Port, Cheshire, had Covid in October 2020 at the start of the second wave.

When she fell ill a month later, she suspected she had long Covid – defined by the NHS as symptoms of the virus “that continue for more than 12 weeks”.

Jemma confessed she probably would have brushed her symptoms off during pre-Covid times, blaming her work for running her down.

But the impact of the virus on people’s lives prompted her to seek help.

After a round of tests, the sales development officer discovered she had both thyroid and kidney cancer in December 2020.

“Had I been working and not been off, I would have just carried on as normal.

“I lost a colleague to Covid and a good friend is very poorly with it. It’s hard when you see the impact on those people, but it also has meant my two cancers were found when, otherwise, they possibly wouldn’t have been.

“In the last month or so, I’ve just been coming to terms with having two primary cancers.

“If you have a sore throat, sometimes you just ignore it and hope it goes away, but it’s better to get it checked out than leave it.

Jemma, who has three children – Louis, 17, Magnus, four, and Bronwen, three – said she was “knocked sideways” when she got Covid while training for a triathlon in October 2020.

A month later, she was still suffering with a sore throat and sore a lump in her neck – both signs of thyroid cancer.

She was also concerned by her backache and the blood she had passed in her urine – signs of kidney cancer.

Jemma said: “I travel a lot by car for work, so I do get water infections when I can’t get to the loo when I need to, as it puts pressure on the bladder. Driving can also give me back pain.

“But I wasn’t working, so neither of these things applied.

“I was still not feeling great, but I thought maybe it was long Covid.”

After speaking on the phone, Jemma’s GP asked her to come in for blood tests before she was swiftly referred for an ultrasound four days later.

Just 48 hours after that, her doctor called to tell her a “suspicious nodule” had been found on her thyroid and a biopsy was taken.

But there were more pressing concerns – Jemma’s GP suggested she could have kidney stones, which can also be linked to the thyroid, and sent her for an ultrasound on her right kidney.

A mass was detected on the organ and, following an MRI and CT scan, Jemma was called into the hospital on New Year’s Eve, 2020.

“They told me it was suspected cancer and that they’d need to operate as soon as possible,” she said.

“When I was first diagnosed, I was on autopilot. All I was focused on was the operations.”

Jemma had surgery on March 8 to remove part of her kidney, delayed due to the pandemic.

Meanwhile, her ear, nose and throat specialist was keen to operate on her thyroid, unclear at this point whether she had cancer or not.

But, with her kidney being a major organ, medics agreed to prioritise this procedure first.

Jemma said: “Having my kidney out was tough.

“It was performed by a robot, so I’ve got six scars in my abdomen rather than one big scar."

Once she was back on her feet, she went under the knife again – this time for surgery on her thyroid – a gland at the base of the neck.

On May 21, as surgeons removed half Jemma’s thyroid, they found papillary thyroid cancer – the most common type – on the right side of the organ.

“The protocol is that they then remove the full thyroid,” Jemma said, having the whole thyroid taken out on June 24. 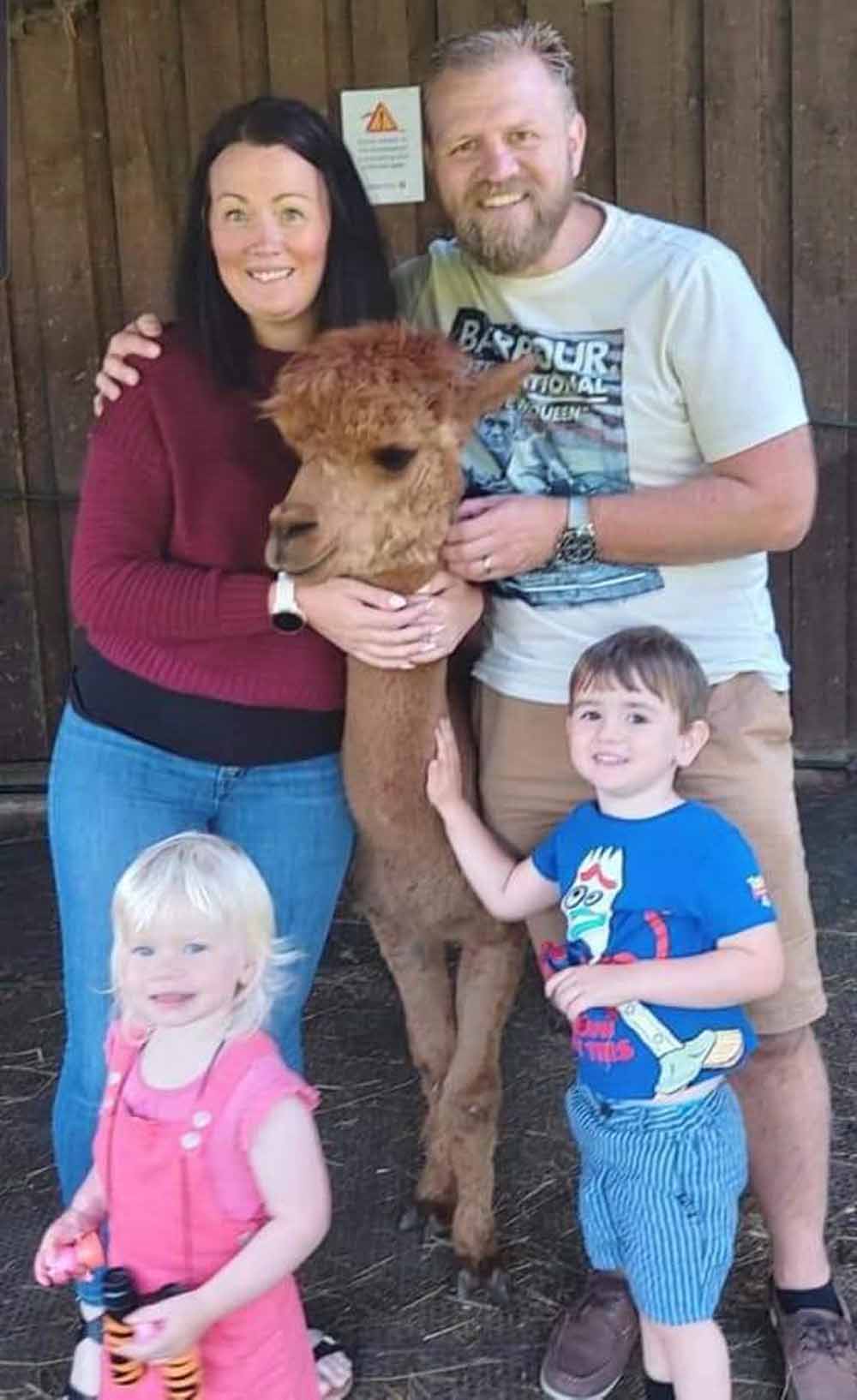 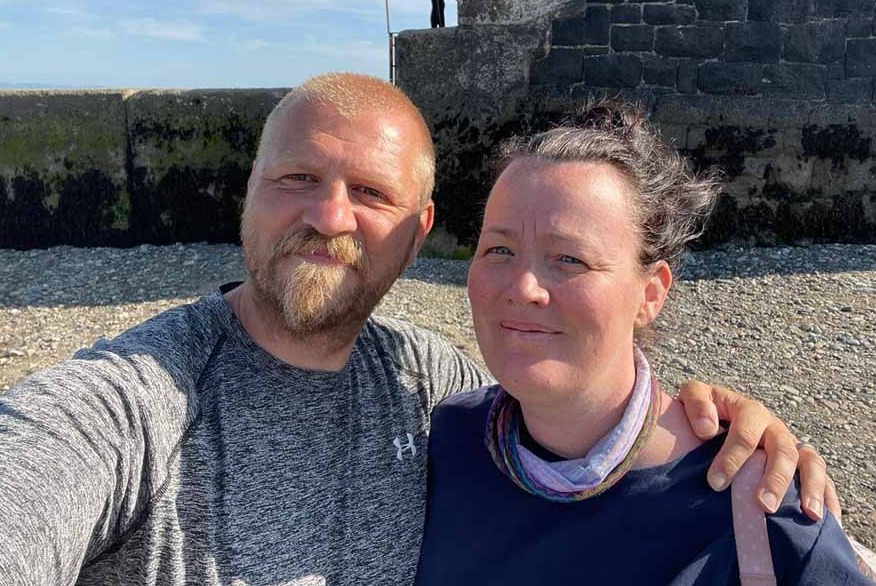 Jemma will now have scans for a decade in order to check the cancer has not returned.

She said it was possible some cancer had been left on her kidney, but because it was a slow-growing type, it’s not deemed urgent.

She said: “All things considered, though, I’m in great shape, but I’m not at the ‘no evidence of disease’ stage yet.”

Speaking of her children, Jemma said: “We were very honest with Louis, my oldest. I didn’t want him to hear it from anyone else first, so if I had any scans or results, I told him and my husband first.

“The little ones just knew Mum was poorly and they couldn’t cuddle me too much or jump on me!”

Jemma is now readjusting to normal life – and getting back to her usual active lifestyle – taking part in the Macmillan Mighty Hike last month.

Now Jemma’s message to anyone with similar mysterious symptoms is to see their doctor straight away.

Echoing the message, Sarah Page, from Macmillan, said: “Jemma’s story shows how important it is to get checked out if you feel like something’s wrong. Going to see the doctor really has helped to save her life.

“It has been a difficult 18 months and we’ve lost time in cancer care. At Macmillan we’ve lost over a year of vital fundraising. We’re sadly down by millions, which is money desperately needed."

The symptoms of thyroid and kidney cancer

The thyroid is a small gland at the base of the neck that produces hormones.

Thyroid cancer is diagnosed 3,500 times a year in the UK and is considered rare.

It's most common in people in their 30s and those over the age of 60. Women are up to three times more likely to develop it than men, the NHS says.

It lists symptoms as:

Kidney cancer, diagnosed 13,100 times every year, can often be mistaken for common problems like UTIs.

It can spread to the lymph nodes, bones and lungs.

The symptoms, some of them when the cancer is advanced, include: