Andrea Bocelli sings with his children at Saudi Arabia concert

Andrea Bocelli has had a busy last few months amid the ongoing pandemic. Aside from releasing his new album Believe, the Italian tenor has been performing some live-streamed and socially distanced concerts around the world. And now the 62-year-old is offering fans the chance to meet him at home.

The winner and a friend of an Omaze competition will be flown out to Italy and put up in a 4 star hotel in summer 2022.

They’ll then be able to meet Andrea Bocelli in his hometown of Tuscany where they can tour his vineyard and dine in his very own restaurant.

Not only that but the lucky two will have VIP access to Bocelli’s annual performance at the Teatro del Silenzio.

The open-air amphitheatre located in Lajatico was constructed at the tenor’s suggestion in 2006. 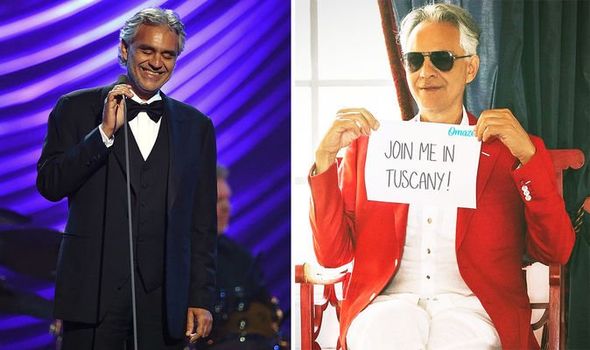 Translated Theatre of Silence, the venue is used for Bocelli’s concert every July.

While for the rest of the year the structure is left quiet, making his annual performance extra special.

The competition to hang out with the singer is in aid of the Andrea Bocelli Foundation.

The charity’s mission is to empower people and communities in situations of poverty, illiteracy, illness and social exclusion by supporting projects that help those in need overcome these barriers and reach their full potential. 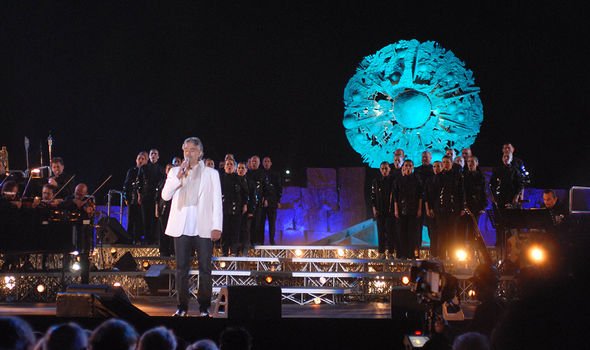 No donation or payment is necessary to enter or win the sweepstake, but donating $10 will get you 100 entries, $25 gets 250 and so on.

The maximum number of entries for any one person is 6000 and the winner, drawn at random, will be announced around June 23, 2021. To apply, click here.

Earlier this month, Bocelli became the first person ever to perform a live music concert in the ancient desert city of Hegra, located in AlUla, Saudi Arabia.

Additionally, the 62-year-old performed with both his son Matteo and daughter Virginia in the same concert for the first time.

Looking back on the show, he wrote on his Instagram: “I leave AI-Ula with a wealth of memories and emotions that no suitcase can contain.

“I carry with me the yearning to return to sing in the Middle East as soon as possible, a nostalgia for the deep silences I experienced in the desert, for the crystalline air I breathed there.”

Bocelli added: “I leave with the giddiness of the story that the stones of that archaeological paradise tell, as well as the privilege of having been able to touch them, ideally, with my singing.”

On the special moments of singing with his children he added: “Finally, I leave with a great and private gift that, until recently, I had considered unattainable…

“For the first time, three Bocellis sang on stage together with their own voices: Virginia and Matteo, alongside their dad. Family is music in itself, it is the score that restores life’s harmony.

“My family is my strength, and it was so sweet to have them beside me in the enchantment of AI-Ula, a place that speaks to the heart and bears witness to a much larger family, of which we are all part, the one – thousands of years old – that unites the world in an immense, interconnected community.”