Beyoncé features her and Jay-Z’s seven-year-old daughter, Blue Ivy, in her new “Spirit” music video, which she released last night. The song is a new original from Queen Bey that appears in the remake of The Lion King, which hits theaters on Friday. Bringing the song to life, the superstar tapped a team of dancers, a stellar wardrobe, and her mini-me for the stunning visuals. “The concept of the video is to show how God is the painter and natural beauty in nature needs no art direction,” she told Robin Roberts in a rare TV interview for Good Morning America. “It’s the beauty of color, the beauty of melanin, the beauty of tradition.”

Surely enough, Beyoncé sings and dances in front of a series of gorgeous natural backdrops, from the desert to a waterfall. The majestic settings are the perfect match for the empowering lyrics like, “So go into that far off land / And be one with the great I am.” 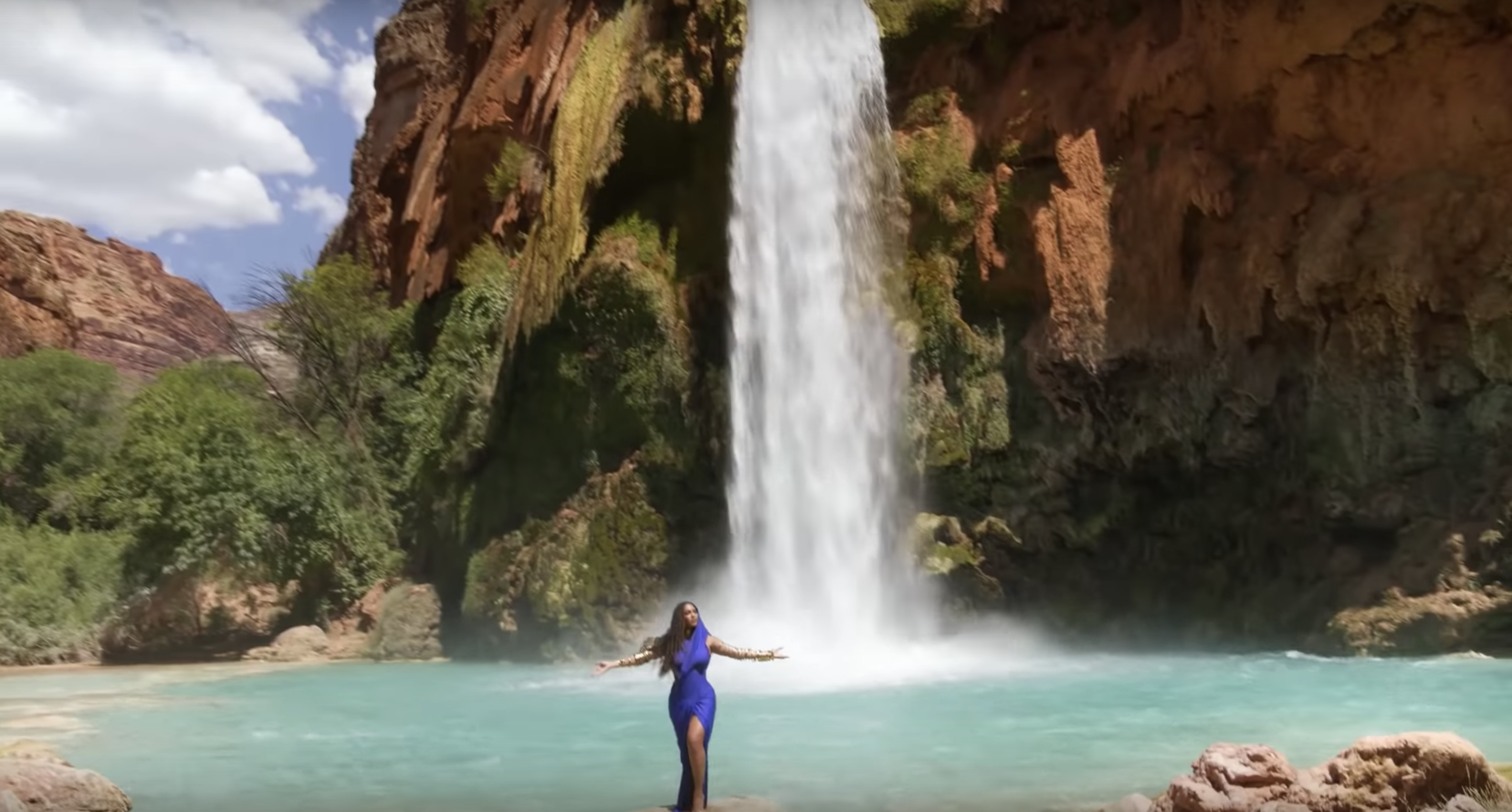 In many scenes, she’s also joined by a group of talented dancers. The styling is consistently epic throughout the piece, making the project feel larger than life. 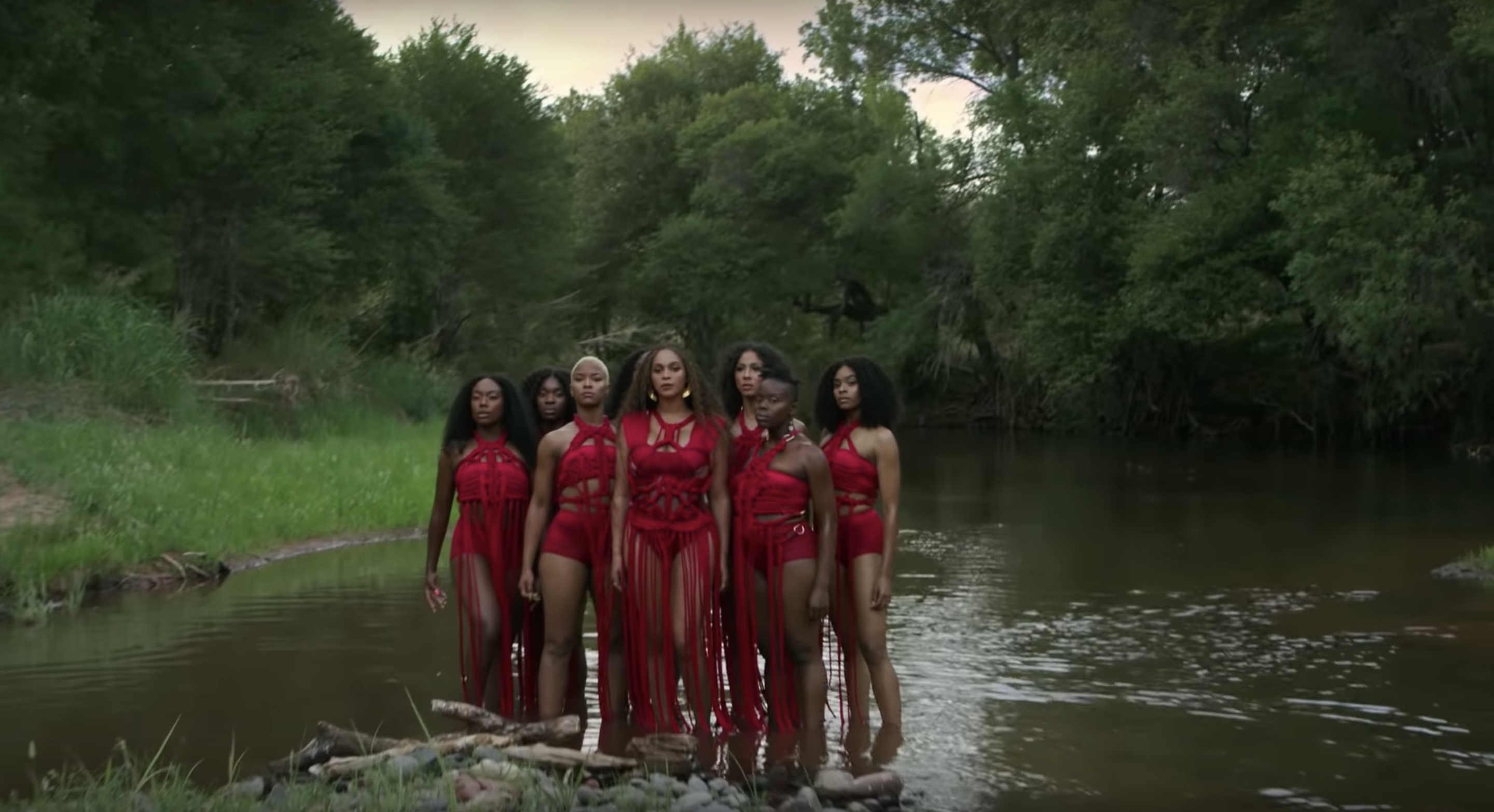 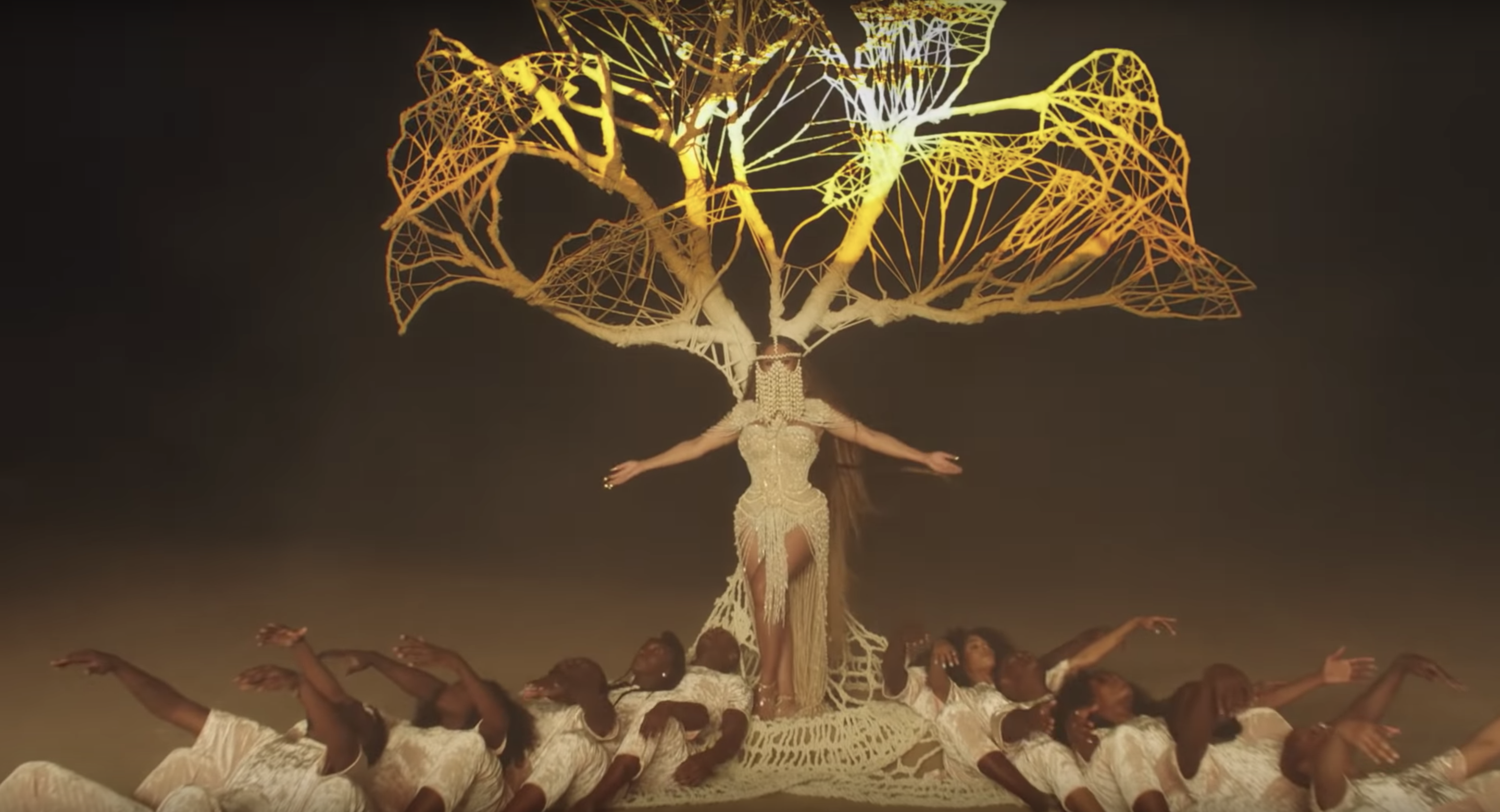 “It was important that we weren’t just inspired by Africa, but that we actually included and learned from the motherland,” the singer added of the video.

She’s also executive-produced an album called The Lion King: The Gift, consisting of original music inspired by the film. For the project, which she described as a “love letter to Africa,” Beyoncé teamed up with other big names like Kendrick Lamar, Pharrell, and Lion King co-star Childish Gambino (Donald Glover). However, she also made sure to feature African artists including Tiwa Savage, Mr. Eazi, Shatta Wale, Burna Boy, and more. The album will be released on Friday, the same day as the movie.

Beyoncé, who portrays Nala in the Lion King remake, revealed that she has a close connection to the film as a parent. “Being a mother, my family is my biggest priority,” she said. “It’s not many films that the parents can go and feel the way I feel about I feel about The Lion King and…pass that legacy on to their kids.” Perhaps that explains Blue Ivy’s spot in her new video.