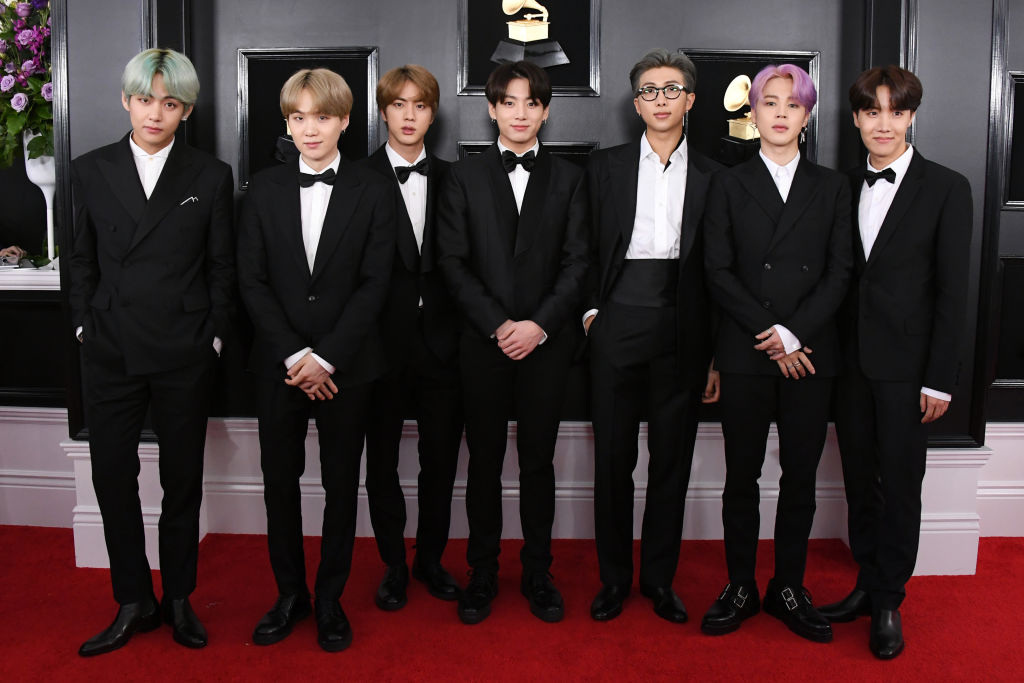 BTS is currently on a two-month break after touring from August 2018 to July 2019. While touring, BTS attended countless award shows, filmed their variety TV show, Run BTS!, and released a mobile game. After such a strenuous schedule, the boys are enjoying a break before resuming their tour in October.

Even though they are on hiatus, they are still keeping in touch with their dedicated fan base. Their documentary Bring the Soul: The Movie came out Aug. 7, and the group attended a private screening of the film. After the viewing, a few members posted photos to show fans what they have been up to during their break.

What is ‘Bring the Soul: The Movie’ about?

Bring the Soul: The Movie is the third film released by BTS and the group’s second documentary. Earlier this year, the group released a concert film titled BTS World Tour: Love Yourself in Seoul. The movie was so popular it broke box office records and was re-released in theaters. In 2018, BTS released a documentary titled Burn the Stage: The Movie and an eight-episode TV series on YouTube called BTS: Burn the Stage. Both the documentary and TV series followed BTS during their 2017 Wings Tour.

Bring the Soul: The Movie will alternate between concert footage from the group’s Love Yourself World Tour and interviews with the group. Fans will also get to see behind-the-scenes footage of the members backstage. For fans who have not yet seen BTS live, Bring the Soul: The Movie is a great opportunity to see a concert from the group’s Love Yourself era. BTS is known for selling out concerts, and this way fans can see the group onstage without spending a fortune on tickets. According to BTS, the movie will also have exclusive scenes for fans.

BTS is possibly working on another project

One fan wrote, “They’re filming a commentary I think for the movie? They all had mics.”

Another fan speculated the group filmed a reaction video to share with fans later. “THE BOYS WERE WEARING MICS ON THEIR CLOTHES SO THAT MEANS WE WILL GET THEIR ‘Bring The Soul’ MOVIE REACTION SOONER OR LATER,” they wrote.

Some fans expressed disappointment the boys were technically working while watching the movie. “just saw that bts were wearing mics even when watching bring the soul :((,” said one Twitter user.

According to an official report, the group is on a break from touring, but they are still working on some projects. They are scheduled to perform at the Lotte Duty Free Family Concert on Aug. 11, will make new music, and will film fan content and commercials. So while BTS did not appear at the M2 x Genie awards show because of their break, they might work on a new album or film a new season of their VLIVE show, Bon Voyage. Just a few days into their hiatus, Lil Nas X released a collaboration with BTS member RM titled “Seoul Town Road.”

It’s unclear why BTS was wearing microphones for their screening of their new documentary, so fans will have to wait for an official announcement. Until then, fans can watch Bring the Soul: The Movie for a limited time, catch up on Run BTS! episodes, or follow BTS’ Twitter account for updates.