Lady Gaga and Cardi B have become two of music’s most accomplished women in the past decade. At the turn of the 2010s, Lady Gaga redefined what it meant to be a pop star, and inspired a generation of artists to come after her — including the “Bodak Yellow” rapper herself. 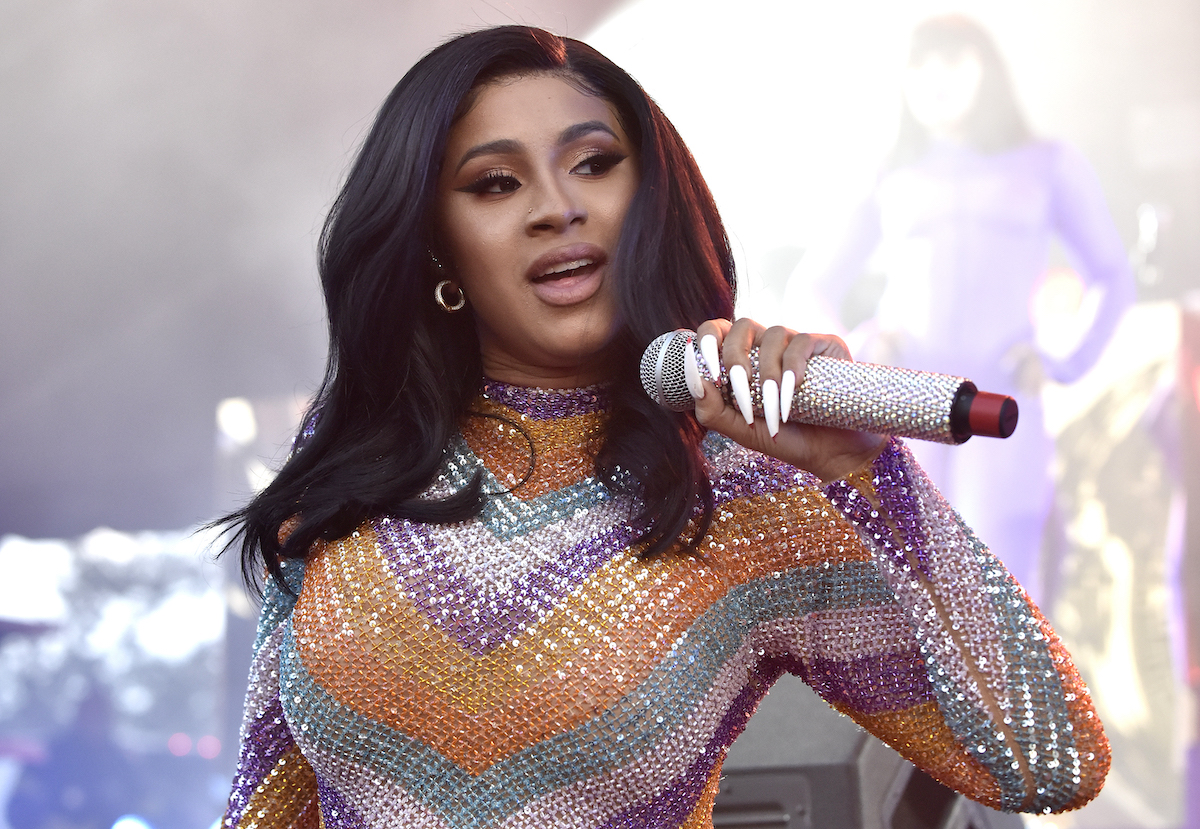 When she first burst onto the scene in the late 2000s, Lady Gaga was one of the most unconventional artists pop music had seen in years. Many began drawing comparisons between Gaga and Madonna, especially after Gaga released the self-love anthem “Born This Way,” which some believed to be a rip-off of Madge’s “Express Yourself.”

She quickly became known for her fashion moments as well, most notably her iconic meat dress she wore to the 2010 MTV Video Music Awards. She famously entered the red carpet at the Grammy Awards the following year in a large egg that she had spent the three days prior living inside.

Lady Gaga inspired countless people around the world, many of whom went on to become artists themselves. One of those was fellow New Yorker Cardi B.

March 2022 marked 13 years since the release of Gaga’s smash single “LoveGame.” In response to a tweet comemmorating the anniversary, Cardi revealed that the song played a special role in her high school career.

“Fun fact: I performed this song at my school talent show when I was a junior,” she said. Not only that, but she followed it up the following year with another hit Gaga song. “[I] performed ‘Bad Romance’ when I was a senior.”

Cardi B is a bestselling artist today

By the mid-2010s, Cardi was on her way to launching a music career of her own. She released her mixtapes Gangsta B*** Music Vol. 1 and Vol. 2 before releasing her breakout single “Bodak Yellow” in 2017.

Cardi released her debut album Invasion of Privacy in 2018 and quickly became the hottest new rapper in the music industry. She topped the Billboard Hot 100 chart with songs including “Bodak Yellow” and “I Like It,” her collaboration with two other artists whose popularity was exploding at the time: Bad Bunny and J Balvin.

Invasion of Privacy ended up winning the Grammy Award for Best Rap Album, making Cardi the first female rapper in over two decades to take home the award since Lauryn Hill and the Fugees won the award for their legendary album The Score.

Cardi B faced criticism for her win, having beat out hip-hop heavy hitters including Travis Scott and the late Nipsey Hussle. One person who came to her defense was none other than Lady Gaga herself.

“It is so hard to be a woman in this industry. What it takes, how hard we work through the disrespectful challenges, just to make art,” Gaga wrote on Twitter. “I love you Cardi. You deserve your awards. Let’s celebrate her fight. Lift her up and honor her. She is brave.”