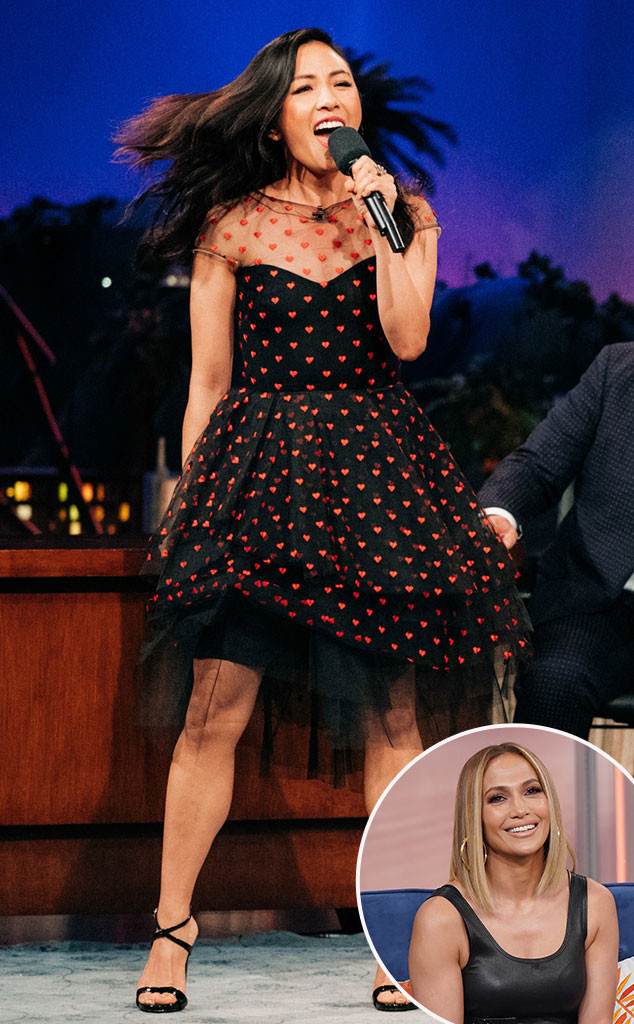 Constance Wu has dreamed of this moment for so long, oh-oh.

Long before she joined forces with Jennifer Lopez for the strip club epic Hustlers, the actress was, well, impersonating her co-star as part of a summer job. “When I was 16, I worked at a little theme park called Paramount’s Kings the Minion,” she explained on Monday’s The Late Late Show With James Corden. “I was on one of their stage shows called Pop 40, where we sang all the hits.”

Actually, more specifically, the Crazy Rich Asians star was the lead singer for a cover of J.Lo’s 1999 hit “Waiting For Tonight.” And she just gifted us with a comeback performance. After host James Corden handed her the mic, Constance took center stage for a quick but pitch-perfect set. “Don’t cheer too loud,” she joked to the audience. “Because the dances were modified for somebody who doesn’t dance.”

Still, we’d go out on a limb and say Jenny from the Block would approve of this killer rendition.

These days, the castmates are tighter than ever.

“Hustlers is really about friendship and I love this movie because I fell in love when I was making this movie,” Constance admitted. “I fell in love with Jennifer Lopez. I think that’s sort of what the movie is. It’s about friends who kind of fall in love with each other. Not in a sexual way, even though we’re strippers and sex workers. And then we sort of scam men out of their money to get back at them for the financial crisis. And just buy a lot of cool stuff with it.”

Constance and J.Lo’s love for each other don’t cost a thing and either does watching the full performance in the video above.

Hustlers is out now.