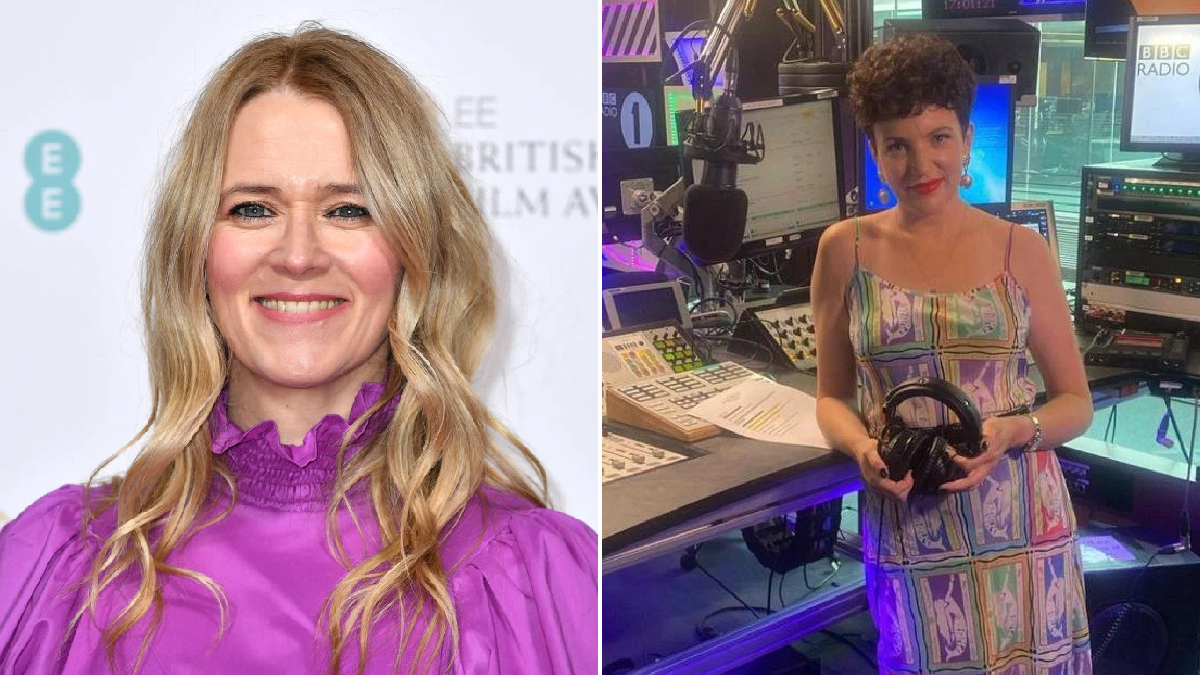 Edith Bowman has applauded the ‘brilliant’ Annie Mac for leaving BBC Radio 1 on her own terms after 17 years on the air.

Annie got emotional as she thanked listeners for the ‘magical experience’ as she wrapped up her final broadcast duties in July with her last edition of Radio 1’s Dance Party with Annie Mac.

Presenter and former Radio 1 star Edith, who hosted the Weekday Afternoon Show and the Weekend Breakfast show until her departure in 2012, burst with pride as she addressed her friend’s monumental exit.

Speaking exclusively to Metro.co.uk backstage at the BMW Play Next stage at All Points East festival over the weekend, Edith recalled: ‘I remember we kind of started Radio 1 at similar times.

‘She was one of the producers on Zane’s [Lowe] show with Joe Harland and just her commitment to music and the conversations she had around music was just so authentic, and I absolutely admire her for.

‘Also, as a mum, how she was able to keep her live stuff going with having two kids, she’s a beast. She’s amazing.’

Edith continued: ‘I’m really proud of her as well because to walk away from something and to make that decision based on her… I just know she’s going to succeed in whatever path.

‘Music will always be a part of what she does and how she chooses to do that and evolve that. She’s left massive boots to fill, but I think that’s the great thing about Radio 1 and the choices they make about things.

‘It’s never about filling someone’s shoes, it’s always who can we pass the baton onto and make it their own thing.’

Annie’s Radio 1 slot will be taken over by Clara Amfo, who is the new host of BBC Radio 1’s Future Sounds from this month and Edith is chuffed another ‘brilliant female voice’ will be showcased.

Edith is the host of the BMW Play Next podcast, which amplifies emerging artists breaking into the industry.

Bigging up the company’s commitment to fostering new talent, she raved: ‘Putting on a stage on at the festival so we can actually have a platform to do it live is amazing. It’s been hard for musicians over the past year across the board, whether you are in an orchestra, a band, a solo artist, however it is.

‘Going out live is so many things, it’s earning a living, it’s how you build your fanbase and they’ve just not had that. I know so many musicians and artists who’ve had to take up other jobs to be able to survive.’

Thrilled to be back at festivals and stumbling across new artists, she continued: ‘There’s something really special about cementing your obsession with new stuff live. Seeing people play it live, it’s the physical reaction you have to it. My cheeks are so sore already from smiling.’

TV and Radio broadcaster Edith Bowman is the host of hit music discovery podcast BMW Play Next, designed to showcase groundbreaking music from the next generation of talented artists.