Dave Grohl had no idea what to do when his Nirvana bandmate, Kurt Cobain, suddenly died in 1994. The music world was in mourning, but Grohl’s world was upside down. Grohl was just starting his career; he’d only been Nirvana’s drummer for a short time.

The only thing Grohl could think of to do was escape. He traveled to Ireland’s Ring of Kerry, where he planned to drive around aimlessly to clear his head. Then something unexpected happened. Something made Grohl realize he couldn’t hide anymore.

He had no idea that that trip would help him heal after Cobain’s death.

Grohl was only in Nirvana for four years. They only put out three studio albums, but they took fans and the music industry by storm. Cobain never wanted to be famous, but his songs resonated with a whole generation. Suddenly Nirvana was sucked into a tornado.

That chaos stopped when Grohl got the call that Cobain had died. It was like flipping a switch. Nothing felt the same to Grohl anymore, including music.

He told Sunday Morning that he was lost. “I went through a really dark period where I couldn’t really even listen to the radio because it broke my heart just to hear music,” he said.

Grohl told BBC Radio 4 (per Ultimate Classic Rock) that he put all of his instruments away. “It was that way for a few months,” he said. “I was still in Seattle, and I just felt, ‘I gotta get out.’ I [had to] go somewhere where I could just disappear and sort through my life, and try to figure out what to do next.”

Grohl chose to escape to a place he loved that was remote. However, he had no idea that the trip would help heal him. 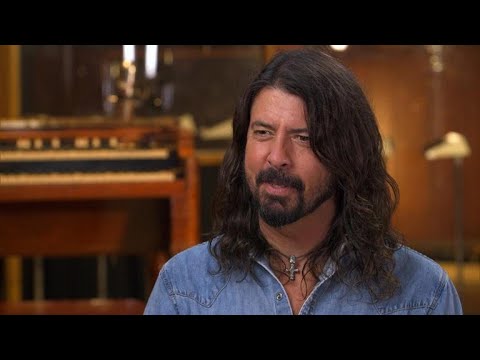 Grohl couldn’t escape Cobain’s death, even when he traveled to a remote part of Ireland, but the trip and a hitchhiker helped him heal

In an appearance on The Graham Norton Show, Grohl explained what happened when he traveled to Ireland’s Ring of Kerry.

“In those three and a half years that I was in Nirvana, it was a lifetime,” Grohl explained. “I mean you can imagine how much changed in that time. Not just in music but in the world. It was such a beautiful time; it was like a renaissance,iIt was like there was some sort of like new emotional awakening where people felt OK to be themselves.

“When it all ended, it was just a matter of trying to figure out how to continue life. I wasn’t sure what to do with my life; I couldn’t even listen to music, I didn’t want to turn on the radio, I put my instruments away. It hurt too much to listen to music.

“So I thought I’m going to go to one of my favorite places in the world. One of the most remote areas I could find. Just to go out and like soul search and find myself. So I went to the Ring of Kerry. It’s absolutely beautiful. Driving down this country road and I’m like trying to figure out my life and trying to move on.

“And I see a hitchhiker, and he’s in a parka, and it’s kinda maybe raining a little, and as I’m pulling up to him, I think I’m gonna pick this kid up. He’s got a far way to go. And I got closer and closer, and I saw that he had a Kurt Cobain T-shirt on.

“I thought even in the most remote area I could possibly find, I can’t outrun this thing. And I thought, ‘OK, I’m gonna go home, and I’m going to start over. And I started the Foo Fighters.” 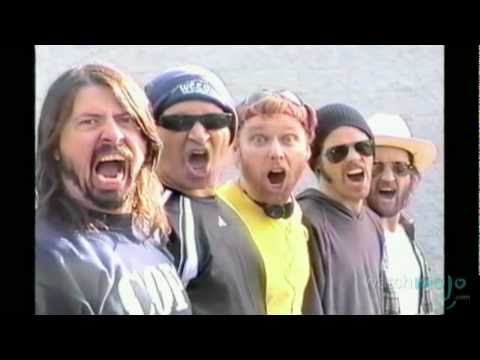 Grohl started recording demos of his music, on which he played all the instruments. He named his one-man band Foo Fighters because it was plural, and it would make fans think that there was more than one band member. He was hesitant to put his name on it because it still felt weird playing music after everything.

However, playing and hearing music also helped Grohl heal. Although, it took him a little while to figure that out.

On his blog, Dave’s True Stories, Grohl wrote about the time he met George Harrison’s son, Dhani. He invited Grohl to Concert for George.

Grohl “levitated” from excitement because he’s a big fan of George and The Beatles. However, as he watched the performances at the event, he quickly realized something.

Just as Eric Clapton, Paul McCartney, Tom Petty, Ringo Starr, and many more were mourning George by playing his music, Grohl had been doing the same with Cobain.

Grohl made the connection while Ringo performed his song, “Photograph.”

“As if the previous hour hadn’t already been the most life affirming jolt to my soul, Ringo’s presence and this song in particular struck an unpredicted chord within me,” Grohl wrote. “Here was a man, generously withholding his own grief of losing a dear friend and bandmate, spreading love and joy by sharing the most healing force in time of mourning: Music.

“I realized that I had been trying to do the exact same thing since that cold, cloudy morning of April 5th, 1994. The day that Kurt Cobain died. I sang along at the top of my lungs.”

Eventually, Grohl was able to put what he’d felt during that time after Cobain’s death into a song, Foo Fighters’ “Walk.” He’ll never forget Cobain, but he’s been in Foo Fighters for longer. Now, another tragedy has happened. Grohl has lost another close bandmate, Taylor Hawkins, who died on March 25.

Grohl and the band have been silent ever since. Maybe he’s returned to the Ring of Kerry. Let’s hope he sees a hitchhiker walking along the road with a Foo Fighters T-shirt on, and he’ll want to return to fans.