Last Night of the Proms: Flags fly for Land of Hope and Glory

As the pandemic kept the Royal Albert Hall shut last year, a significantly reduced orchestra performed the historic Last Night of the Proms to an empty venue. However, in the lead up to the concert, there were reports of Rule, Britannia! and Land of Hope and Glory being instrumental versions only. While anti-racism groups had cited that the lyrics had a “perceived association of colonialism and slavery”.

Following a backlash in the media, the BBC confirmed that the patriotic anthems would be sung in full after all.

A statement last year read: “The pandemic means a different Proms this year and one of the consequences, under COVID-19 restrictions, is we are not able to bring together massed voices.

“For that reason, we took the artistic decision not to sing Rule, Britannia! and Land Of Hope And Glory in the Hall.

“We have been looking hard at what else might be possible and we have a solution. Both pieces will now include a select group of BBC singers.” 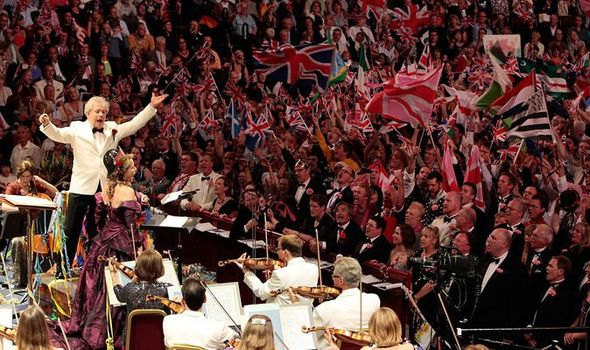 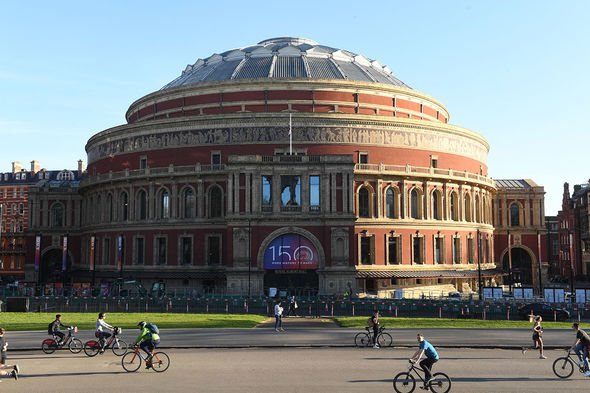 The BBC added: “This means the words will be sung in the Hall, and as we have always made clear, audiences will be free to sing along at home.

“While it can’t be a full choir, and we are unable to have audiences in the Hall, we are doing everything possible to make it special and want a Last Night truly to remember.

“We hope everyone will welcome this solution. We think the night itself will be a very special moment for the country – and one that is much needed after a difficult period for everyone. It will not be a usual Last Night, but it will be a night not just to look forward to, but to remember.”

Today the 2021 Last Night of the Proms was confirmed with “all the traditional elements” including Rule, Britannia! and Land of Hope and Glory’s lyrics remaining uncensored as they were last year.

Last Night of the Proms: EU flags waved by audience 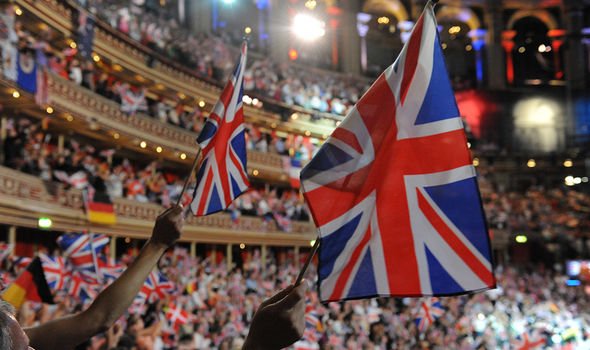 Brits took to social media to praise the decision, with one commenting: “Brilliant common sense prevails.”

Another wrote: “Excellent news. They’ll be sung with more gusto and louder than ever this year.”

While others added, “Fantastic! Normal service has been resumed at last!” and one commented, “Too right. Time to reclaim our history and be proud of who we are.”

And another admitted: “I find the proms a bit cringe but pleased the BBC are finally acknowledging Rule, Britannia! is ok to sing which it absolutely is.”

Proms director David Pickard confirmed that the Last Night of the Proms’ songs will be “sung full-throated and in their original form.”

Speaking with iNews, he continued: “What we’re hoping and praying for is that it won’t just be the BBC singers this year, we will have a full audience able to join in.

“We will be making the Last Night as celebratory and as grand and as vocal as we possibly can – within government guidelines, as they say.”

However, he rejected claims that the BBC was embarrassed by the anthems’ patriotism.

The Last Night of the Proms: Audience sings Jerusalem

Pickard added: “I think things got misinterpreted last year. We were trying to create a Last Night under impossibly difficult circumstances where we didn’t have an audience singing along.

“It seemed to make more artistic sense to have those pieces performed instrumentally. But we found a solution with the BBC singers replacing the voices of 5,000 people.

The Last Night of the Proms will be broadcast from the Royal Albert Hall on September 11, 2021.