Tonight sees Brian May sharing one of his great life passions with the first ever Diableries exhibit since 1860.

Hardcore fans will already know the star is celebrating the release of the Complete Edition of Diableries Stereoscopic Adventures in Hell this Thursday to coincide with Halloween, a book he’s written and compiled with co-authors Denis Pellerin and Paula Fleming.

And as he got excited about the momentous news, May went on to talk about his beloved band Queen, revealing Adam Lambert is like “new blood” he has so much energy, even joking the band have all been “drinking” it to “stay young”.

Speaking exclusively to Express.co.uk, May shared: “Yeah he’s a shot in the arm he really is. He’s like new blood, you know actually, we have been secretly drinking Adam’s blood to stay young.

“That’s what Halloween is all about!” the music star laughed.

It’s a timely comment, because his new exhibition couldn’t be spookier, exploring a 3D world of hell and skeletons.

Stereoscopy refers to a film technique for creating or enhancing the illusion of depth in an image by means of stereopsis for binocular vision, and now the release of the book has aided in the discovery of all 182 Diableries in existence (from the 1800s), a delightful feat that has led to the team celebrating the impressive efforts of all involved. 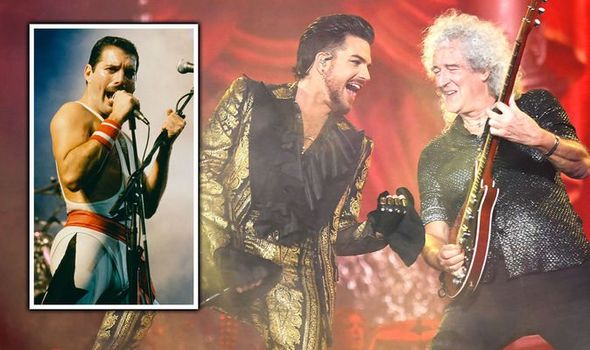 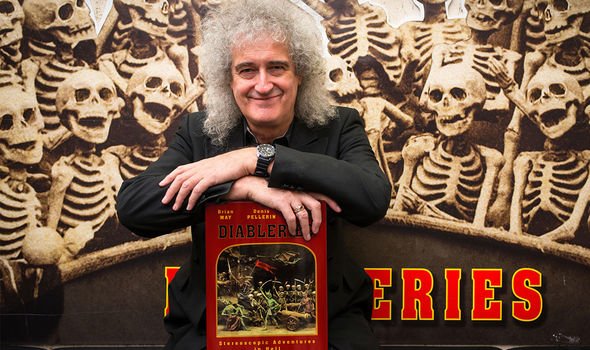 Speaking about why he loves the subject so much, May considered: “I love it I suppose because it’s arcane and instantly intriguing, but also the beauty of the technique that they employ way back in the 1860s, it’s so beautifully done and the mechanisms they use are so intricate. It’s impossible to duplicate it in the 21st century.

“That might sound like an extravagant claim but I can tell you I’ve tried and a lot of people have tried. These things are absolute exquisite works of art, but they also have a lot to say, so obviously the three dimensionality of them intrigues me because stereoscopy has been a passion of mine since I was a kid.

“Anything that leaps out at me, to me is magic, and these things do know. We’re talking about 1860. That’s more than 160 years ago but they absolutely had it down it’s beautiful.”

Reflecting on the finding of the two final cards in the historical collection, May continued: “Great yeah, it’s the stuff of dreams really because we were a little sad that when we came to publish the book there were two cards missing, but it turns out to be one of those great things. 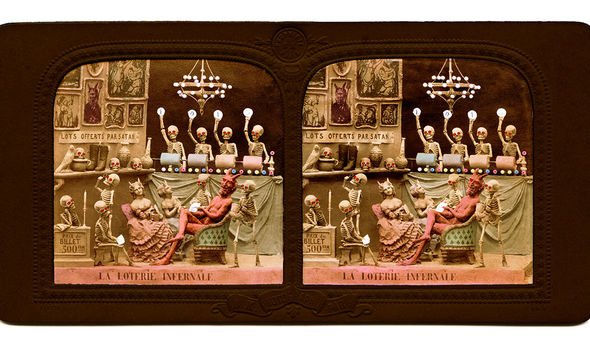 “In a way I have learned, that it’s great to publish when you’re not quite finished. If you wait till you think you’re finished you’re probably never gonna publish and I think a lot of people should pay heed to this.

“So much great research is done and then the person doesn’t publish the book because they think it’s not finished. My advice is, publish, and then what will happen is the world will finish it for you, so if we hadn’t published the book nobody would have known what to look for out there.

The guitarist shared the incredible journey which saw one of the cards turn up after a couple of years, and the final one suddenly appeared recently.

“It was a thrill,” May enthused. “Suddenly we had the complete set which nobody in the universe had ever seen before. 187 cards and they’re all treasures. Now we’re republishing the complete set it’s a great feeling, a great thrill, I feel like I’ve made a contribution.” 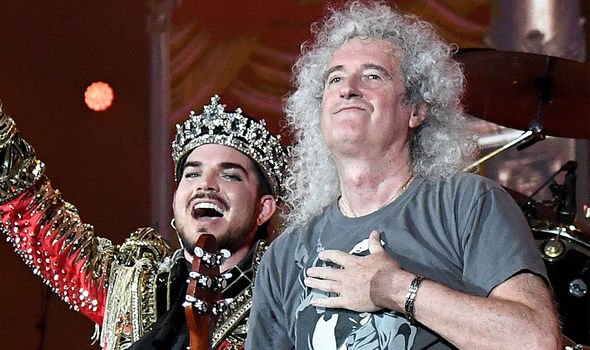 The Queen band-member’s schedule is still full-steam ahead, but he still has time to focus on one of his other passions – animals – in the break between tours.

The music group will be taking to Korea and Japan in January, before moving on to Australia and New Zealand on their hugely-successful Rhapsody tour, and May called the scenario “full-on”.

But the star was truly ecstatic to be published in Farms Weekly for his ongoing work with a south devon farm called Gatcombe.

“We’ve discovered techniques that are eradicating TB in cattle, which have never been seen before,” he said. “And this is a major major breakthrough because at the moment they’re out there killing badgers imagining this will solve the problem and it isn’t.

“But we have ways of solving it now. So I’m confident this will revolutionise the lives of farmers throughout Britain and it will eventually save us from killing these wonderful creatures for no good reason,” May passionately declared.

Asked whether he’s looking forward to the next run of tour dates, May was enthusiastic.

“Yeah I am yeah, this is what we do,” he said simply. “It takes a lot of application, a lot of focus, and we have to be fit, because if you weren’t fit you really would fall down very quickly.

“So I’m more serious on fitness these days. That’s another passion now! I like this fitness, I like it!” the guitarist giggled.

May’s book is out on Halloween but can be preordered today from www.diableries.co.uk. You can follow the official Instagram page at @diableriesthebook.