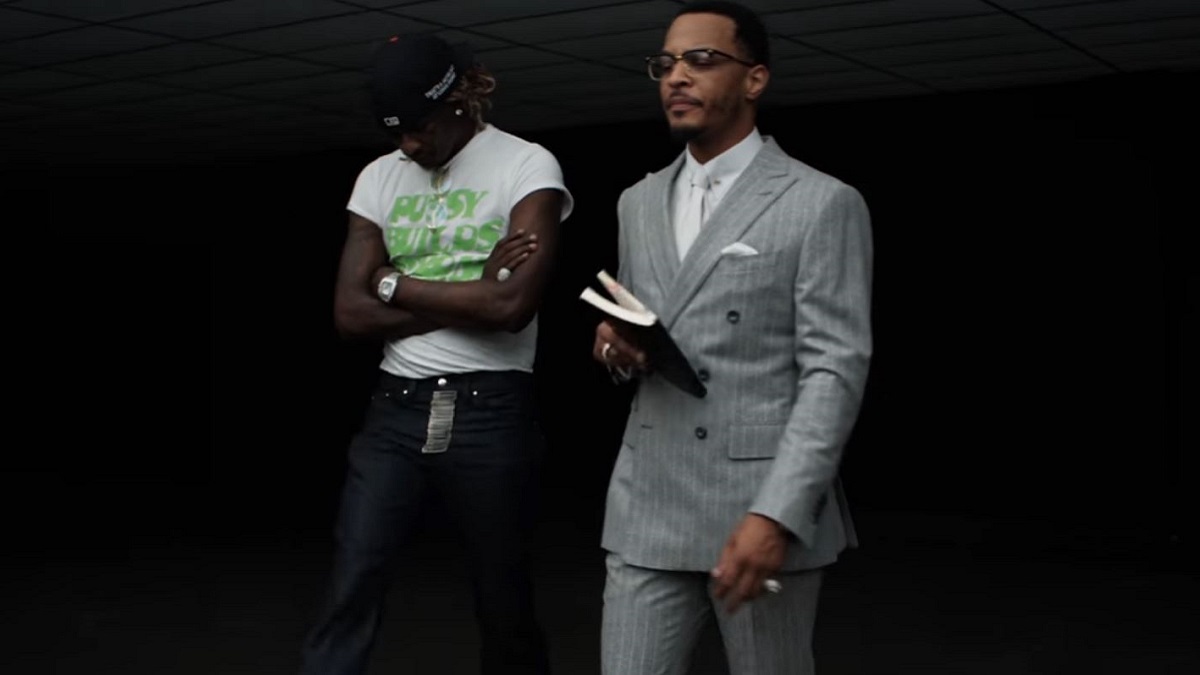 He also marked his birthday with the release of a new music video for Ring, a single from his upcoming album.

According to T.I., the title of his album, The Libra, stands for “The Legend Is Back Running Atlanta.”

T.I. also released a new music video for Ring, the first single from his new album, The Libra. The song, featuring Young Thug (Jeffery Lamar Williams), is directed by T.I. and Phillyflyboy and produced by Chopsquad DJ and DY Krazy.

The music video was first released on a billboard on Times Square, NYC.  It was later uploaded to T.I.’s YouTube channel.

The music video starts with T.I. playing the role of a therapist and Young Thug is his patient.

The therapist tells his patient that he is impressed with the progress he’s made while participating in his program. He goes on to tell his patient that he’s made an enormous breakthrough by realizing how all “the hostilities [he’s] harbored from past activities” are affecting his present-day energy.

But to the therapist’s surprise, his patient disagrees with him, saying that he adores and loves his past life and that he does not feel the way the therapist assumes he feels.

Confused, the therapist can’t believe that his patient has no problems or regrets about the “chaos and confusion” from the “dark parts” of past his life.

Enjoy the video below:

T.I. has not yet announced the release date for the new album.

“Our whole intention has been to top About The Money, because for both of us, that record has been like a milestone. I don’t think either one of us have seen that kind of response from the public since then.”

He also teased that he and Young Thug could team up for a project, titled Slime the Throne, according to Complex.

'Twilight': Why Robert Pattinson Only Wanted Edward and Bella to Touch 3 Times in the Movie
Entertainment