Spring has sprung! And with it, a host of new activities and events to enjoy. If you’re on the East Coast, celebrate the wealth of new blooms with a trip to the New York Botanical Garden and its Yayoi Kusama-fied grounds or to Storm King, where you can take in rolling green hills alongside colossal works of art. If digital programming remains more your speed, there are performances from the Pennsylvania Ballet and Martha Graham Dance Company to watch, a lineup of concerts to tune into, and even two Earth Day blowouts involving panels and workshops to stream. See the full list of programming below and bask in the sense of renewal the new season brings.

One year after COVID-19 struck New York, Rockefeller Center and Aperture, a nonprofit foundation dedicated to promoting photography, are hosting a month-long celebration of the city’s resilience that includes two new outdoor public art exhibitions, a virtual talks series, and a pop-up store with artist signings. “The Flag Project 2021” features 83 crowdsourced images inspired by NYC reproduced as flags and flown from the iconic flagpoles of Rockefeller Center, alongside the work of New York greats including Nan Goldin, Kwame Brathwaite, Ryan McGinley, and Tyler Mitchell. The second exhibition highlights the work of the OG street style photographer Jamel Shabazz, who has been documenting life in Harlem and Brooklyn since the 1980s, installed on six-foot-tall lightboxes across the public plazas. 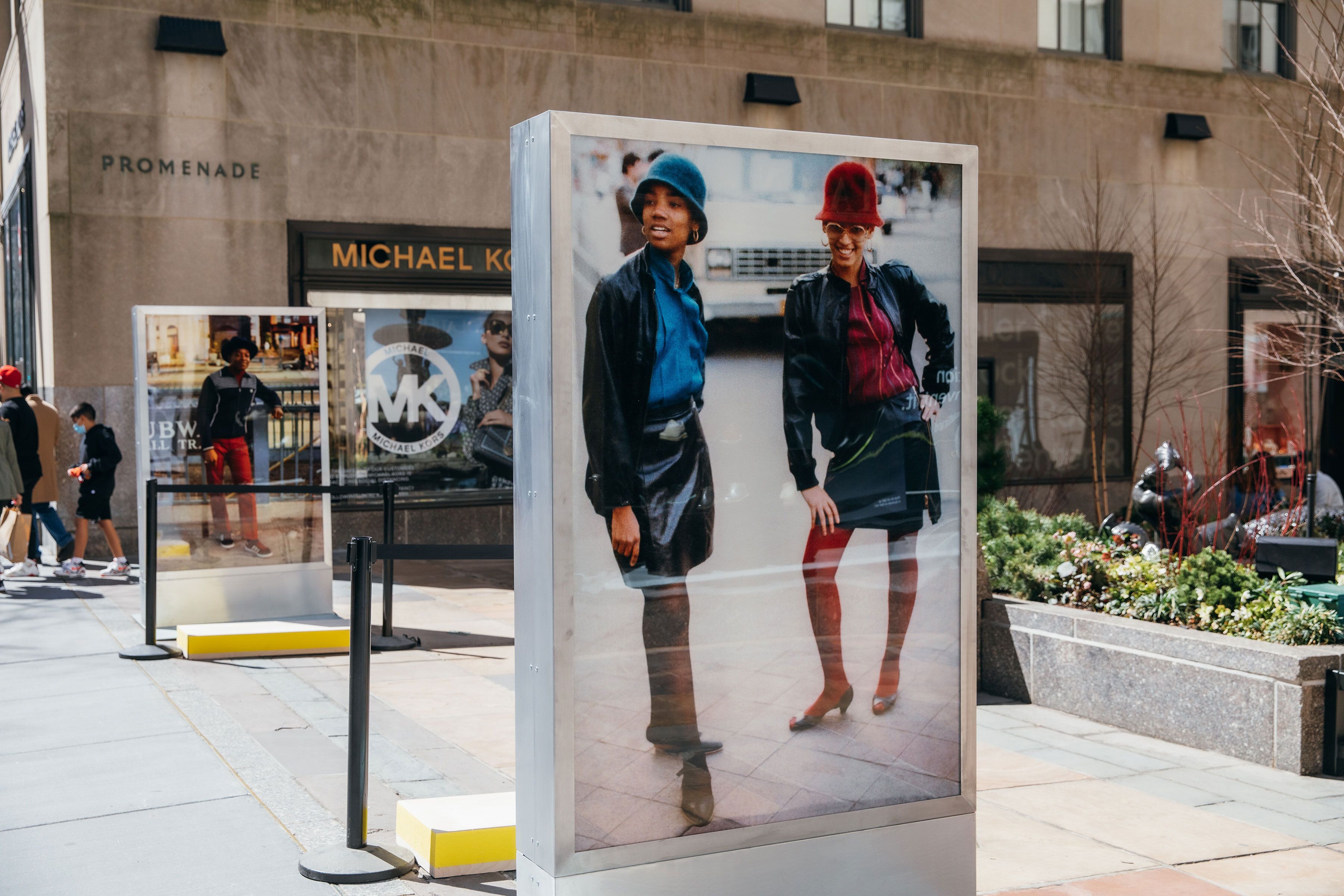 Since its debut in January, streaming service Bandsintown PLUS has produced live virtual concerts with fan-favorite acts ranging from Phoebe Bridgers and Little Dragon to Chromeo and Fleet Foxes. The April lineup is stacked, with The Head and the Heart, Whitney, Mt. Joy, Chelsea Cutler, and more all set to perform. To tune into the concerts and accompanying artist Q+A’s, register for a subscription starting at $9.99 per month. 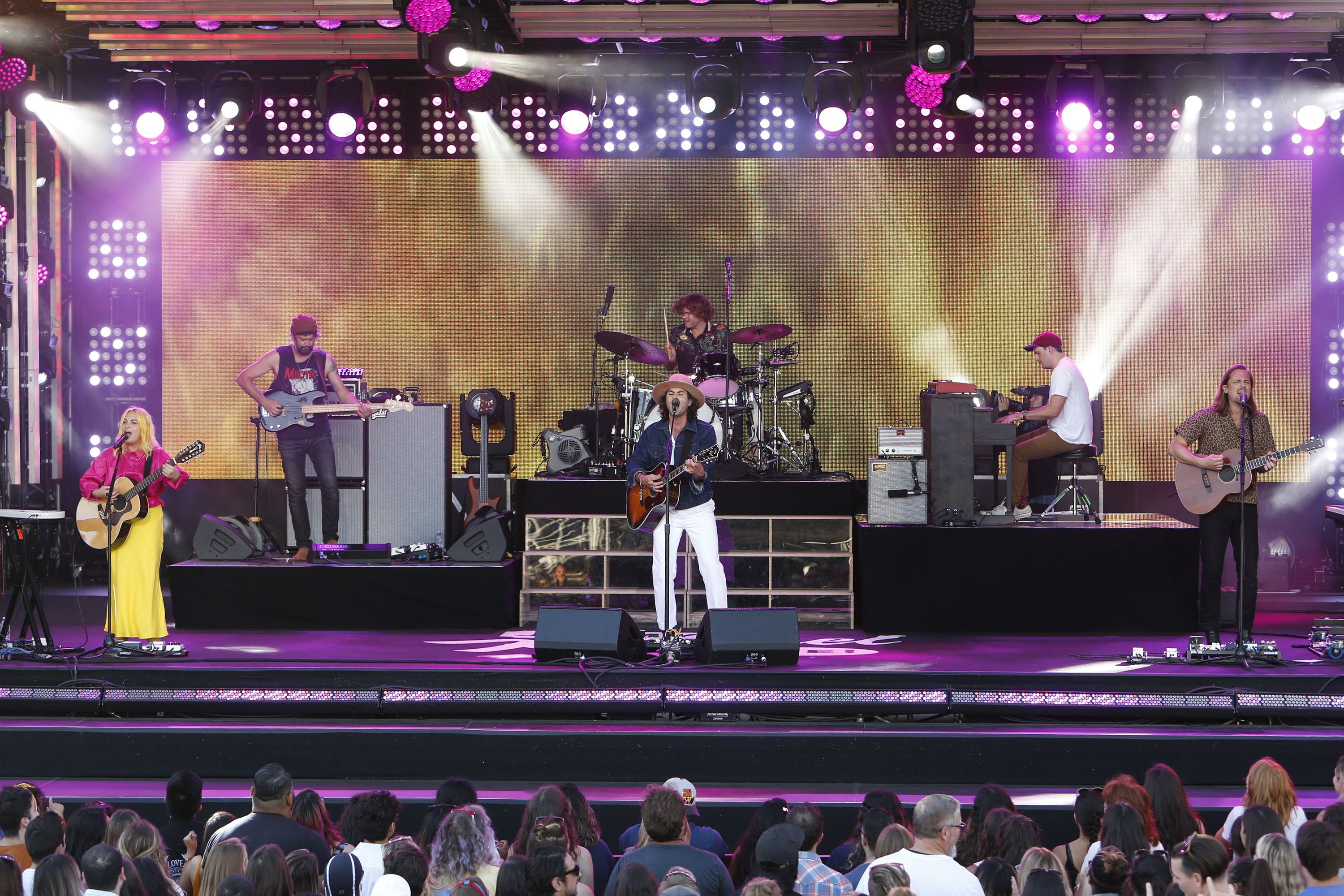 Storm King Art Center, the open-air sculpture museum in New York’s Hudson Valley, will reopen for the season with a special presentation by artist Rashid Johnson of his monumental gridded sculpture The Crisis. Intended to prompt quiet contemplation of the struggles the world has faced over the last year, the piece will be adapted to Storm King’s landscape, allowing the native grasses in which it is is set to grow throughout the structure. 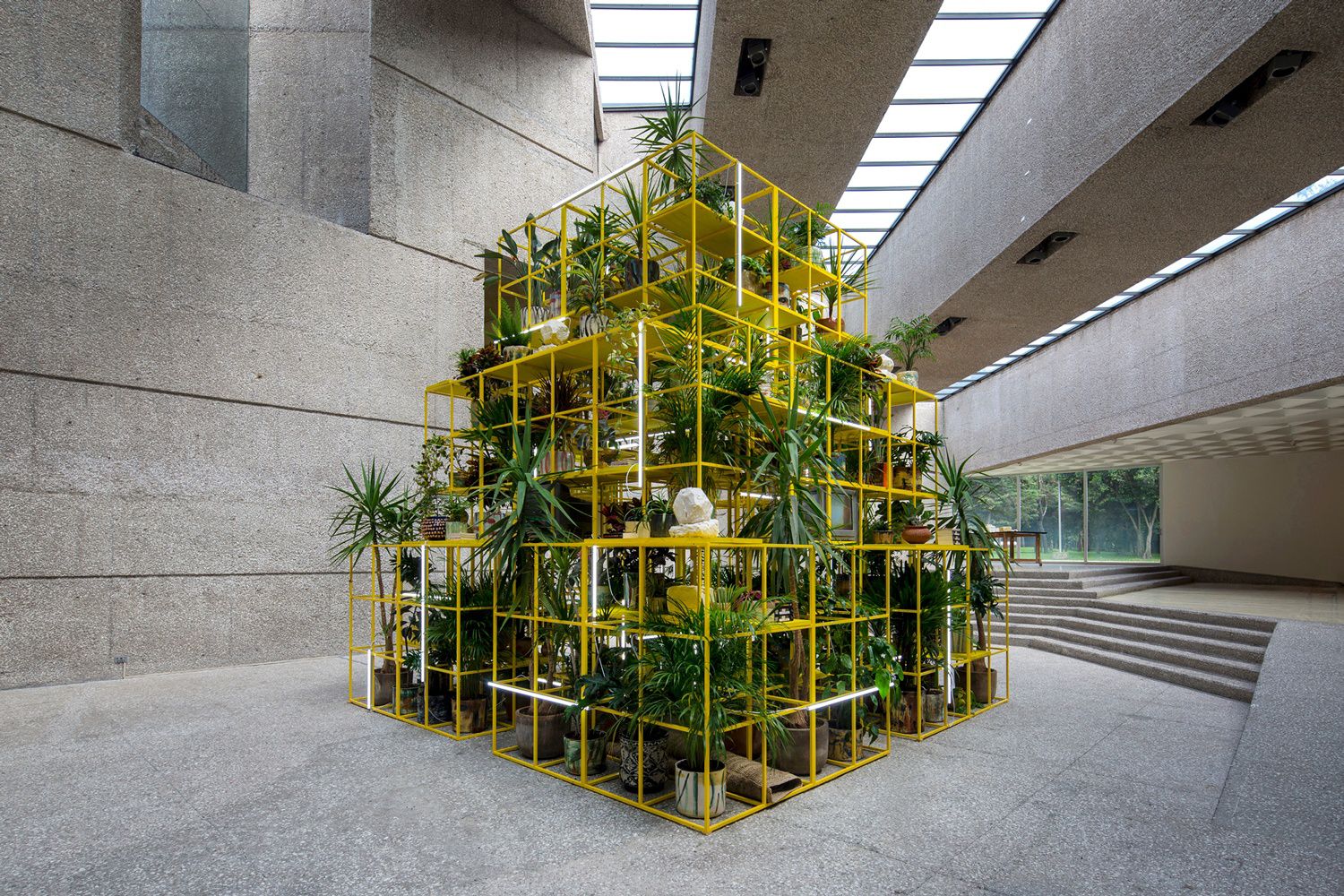 Reflecting prolific Japanese contemporary artist Yayoi Kusama’s love of flowers and the natural world, “KUSAMA: Cosmic Nature” opens at the New York Botanical Garden this month. Along with a range of mesmerizing paintings and monumental sculptures (pumpkin included!), the exhibition features the debut of an outdoor “infinity room” and Kusama’s first-ever obliteration greenhouse. 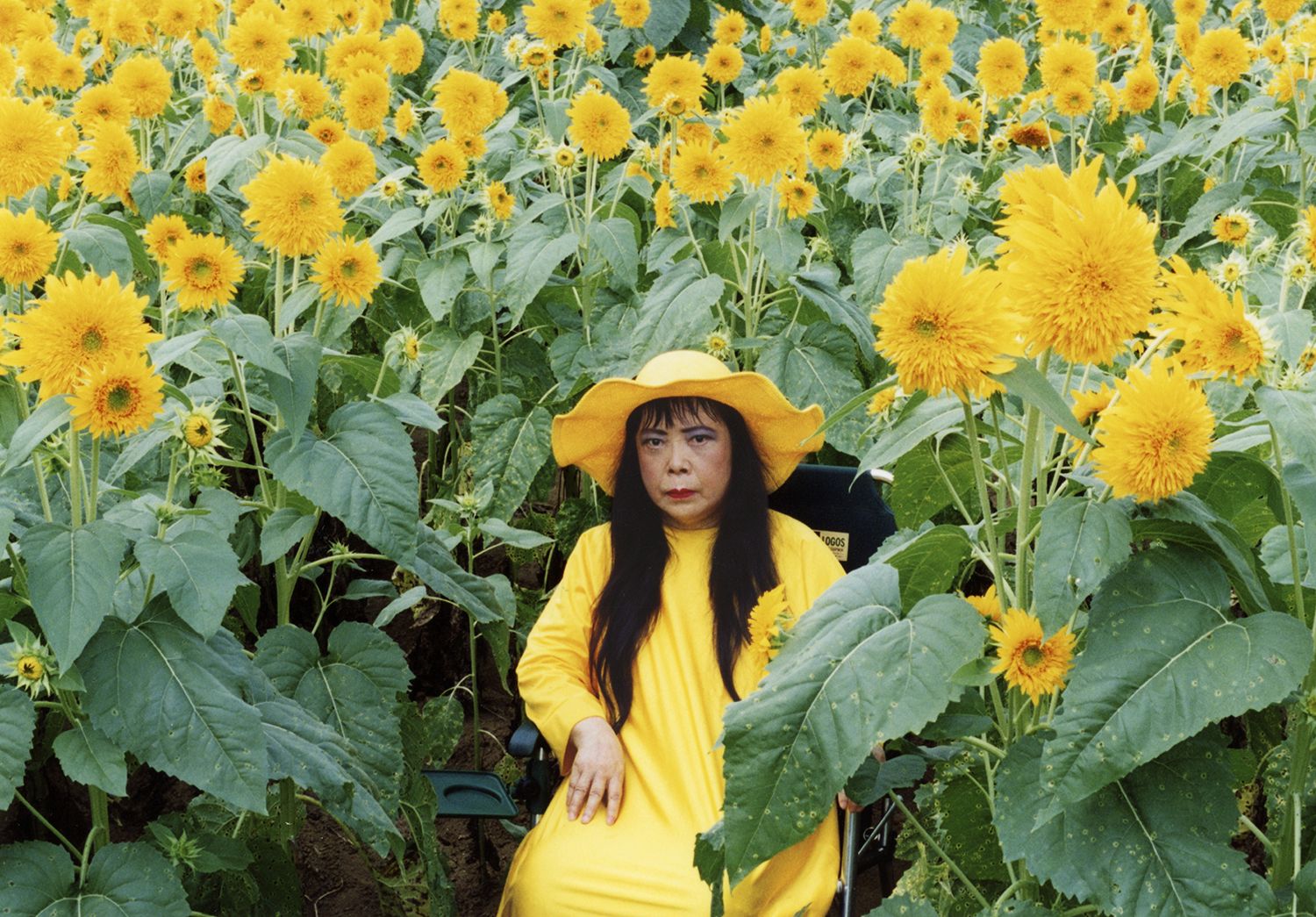 Starring John Boyega and Darren Criss, Tomorrow’s Monsters, the new scripted sci-fi thriller podcast from iHeartRadio follows a con man who infiltrates a body-hacking Silicon Valley start-up called NextCorp to uncover the truth behind a string of deaths. After facing off with its CEO and his dangerous alter ego, he finds himself racing against the clock—and running for his life—as he attempts to stop a twisted plot to alter human evolution. The 11-part series drops episodes weekly through April 20. 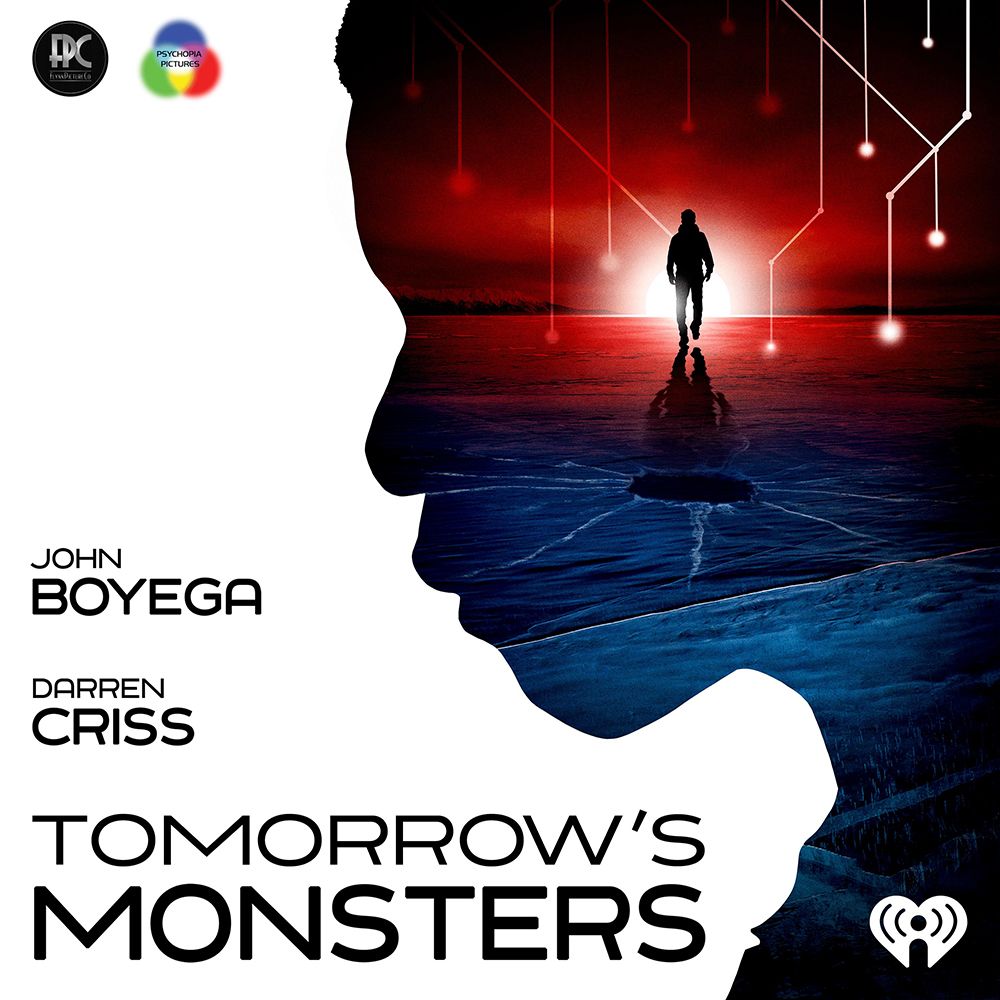 Running parallel to the first day of the Biden administration’s virtual Leaders’ Summit on Climate, Earthday.org is presenting their second-annual Earth Day Live. Taking place fully virtually, the event will kick off at 12 p.m. EST and feature workshops, panel discussions, roundtables, films, and special performance focused on Earth Day’s 2021 theme, Restore Our Earth. Covering everything from restoration efforts, regenerative agriculture, and environmental justice to climate literacy, citizen science, cleanups, and more, the event will feature speeches and performances by a roster including Elizabeth Warren, Bill Nye, John Kerry, Pope Francis, Licypriya Kangujam, and Ziggy Marley, among many others. 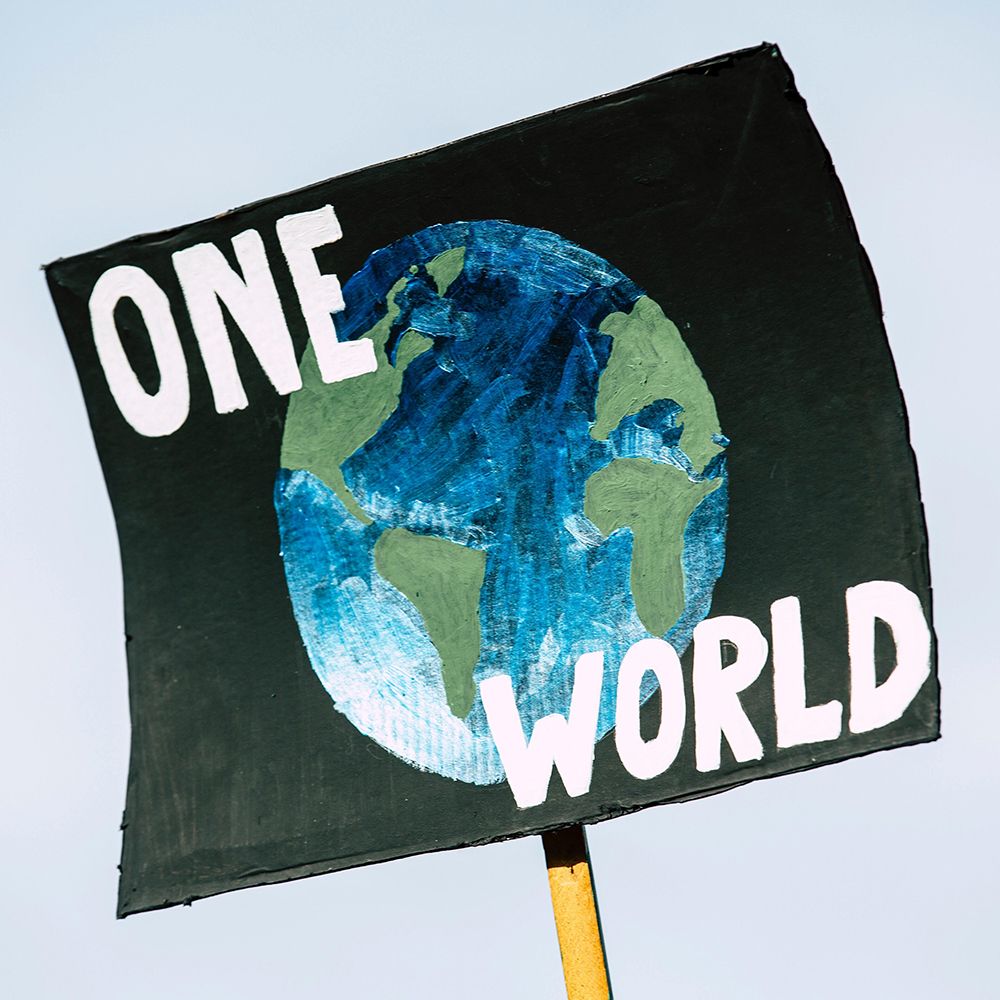 The American Museum of Natural History will also host all-day virtual festival to celebrate Earth Day. Tune in from 11 a.m. to 7 p.m. EST for a performance featuring puppetry and animation that illuminates Indigenous folklore, a virtual guided flight exploring climate science from the vantage points of satellites, and an interactive discussion with scientists from the museum’s Center for Biodiversity and Conservation, capped off with a livestream dance party. Tickets are available for a suggested household donation of $25. 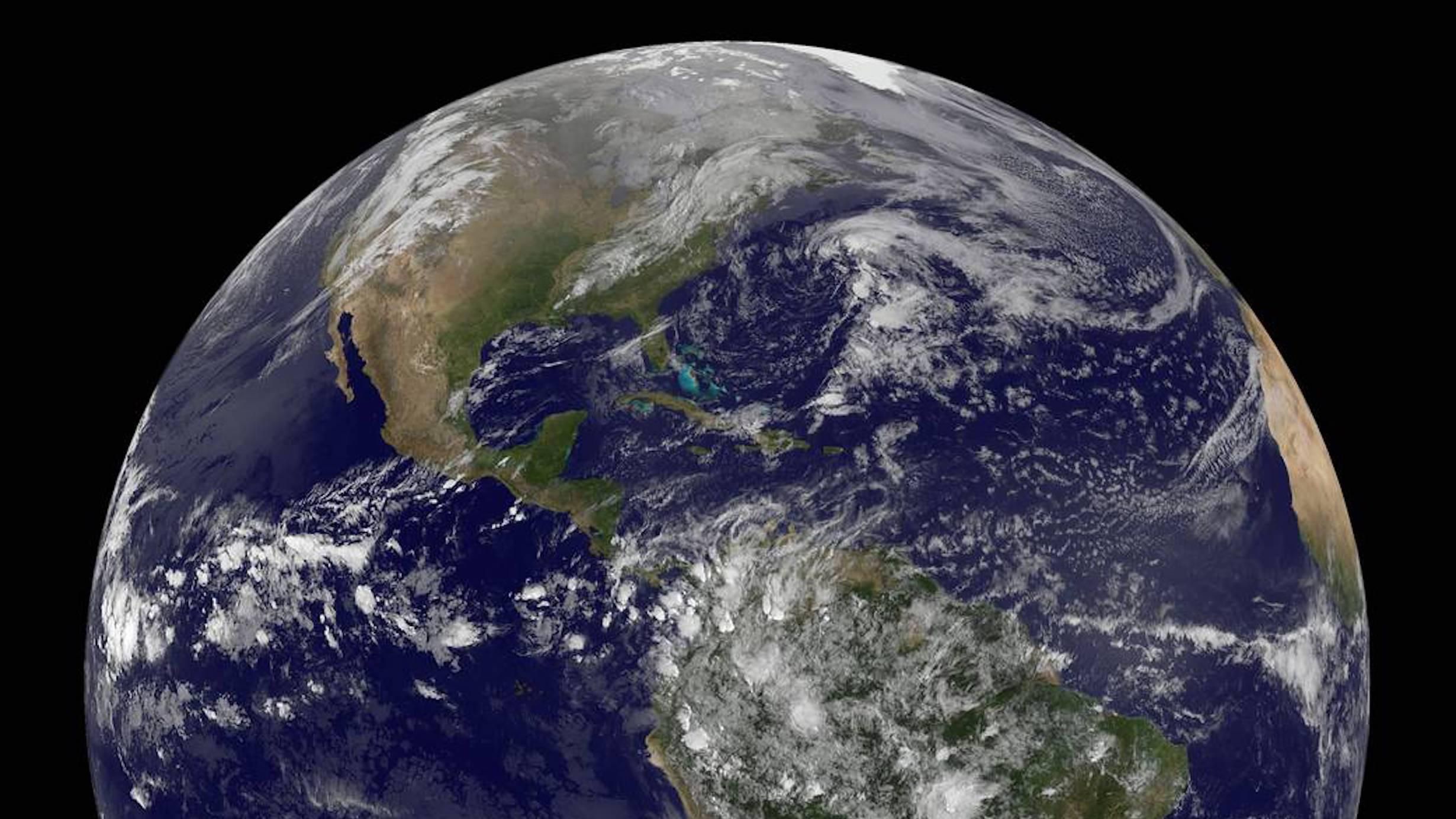 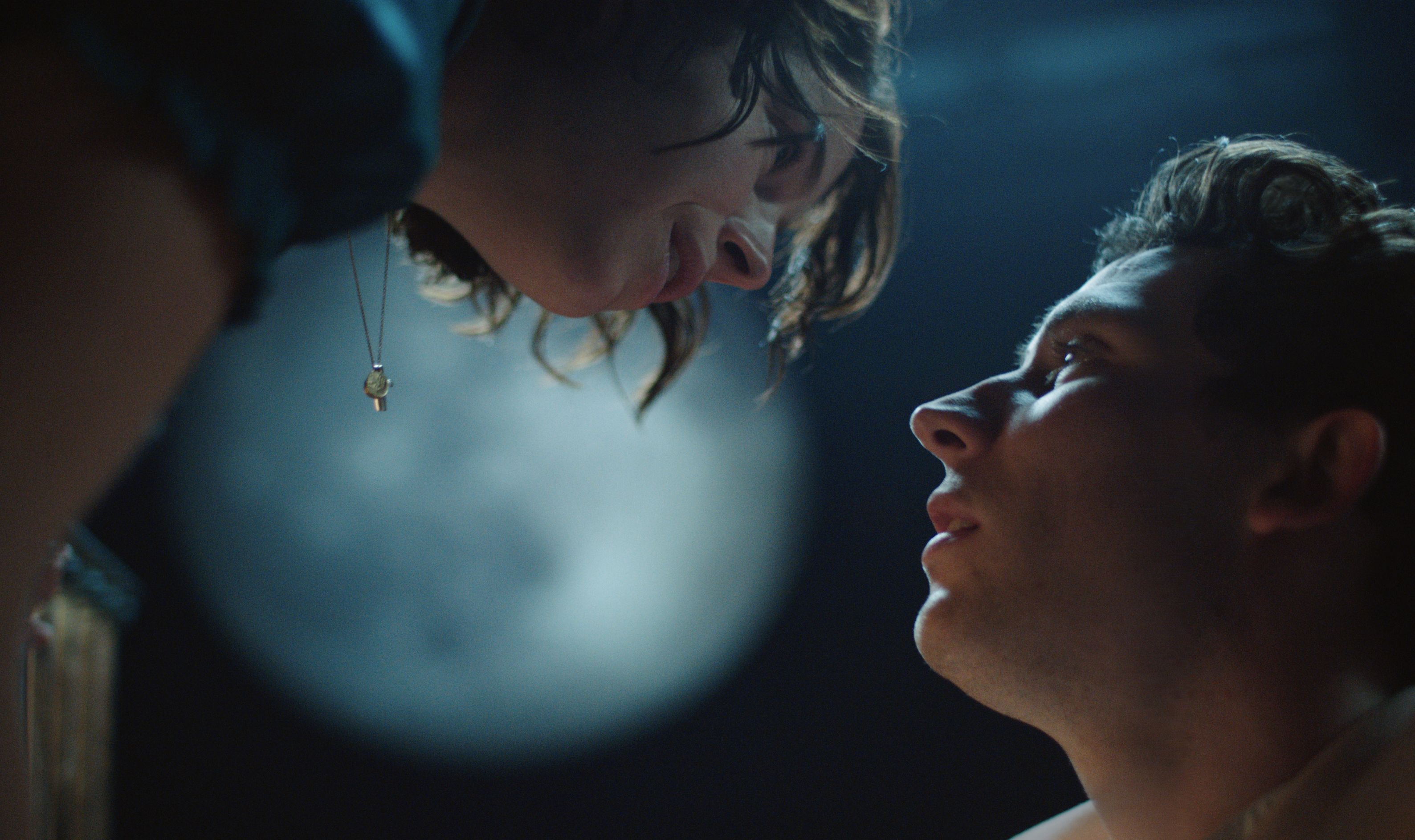 For its spring 2021 digital season Strength.Resilience.Beauty, the Pennsylvania Ballet is presenting fourteen newly filmed performances. Highlighting classical ballets the season—presented over three weekends in March, April, and May—also includes three world premieres with music by Pulitzer Prize-winning Philadelphia-based composer Jennifer Higdon. The Resilience program, which runs from April 29 to May 5, features performances of George Balanchine’s Allegro Brillante, Christopher Wheeldon’s Polyphonia, and Pennsylvania Ballet Artistic Director Angel Corella’s interpretation of Marius Petipa’s Raymonda Suite. An all-access package can be purchased for $50, while tickets for each program are $25. 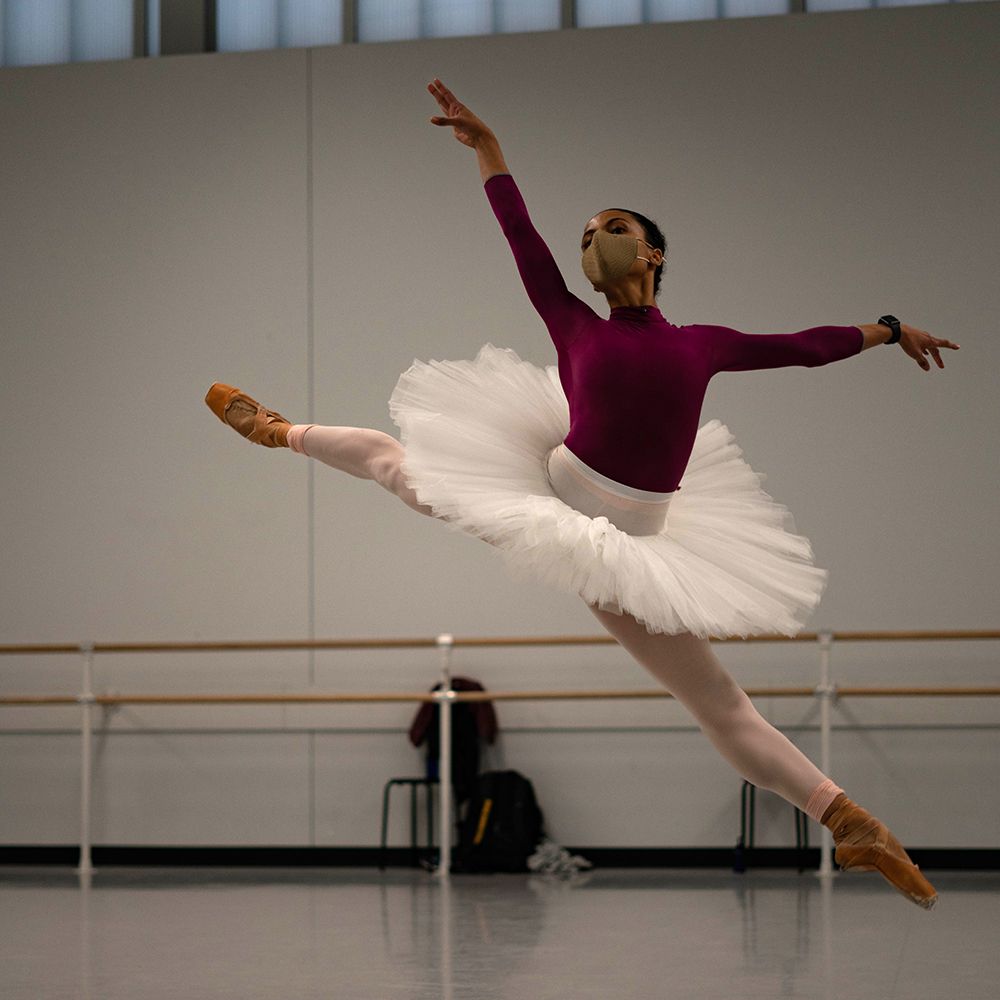 Martha Graham Dance Company will celebrate its 95th anniversary with a a three-day virtual festival featuring livestreams of the founder’s modern classics as well as choreography by company alumni Sir Robert Cohan and Elisa Monte. The festival also features a collaborative project with the art gallery Hauser & Wirth, in which three Graham dances (Immediate Tragedy, Satyric Festival Song, Saraband) and one Cohan work (Lloyd from Afternoon Conversations with Dancers) will be placed in conversation with four works by artists Rita Ackermann, Mary Heilmann, Luchita Hurtado, and Rashid Johnson. Tickets for single livestream are $30 and all-access pass is $95. 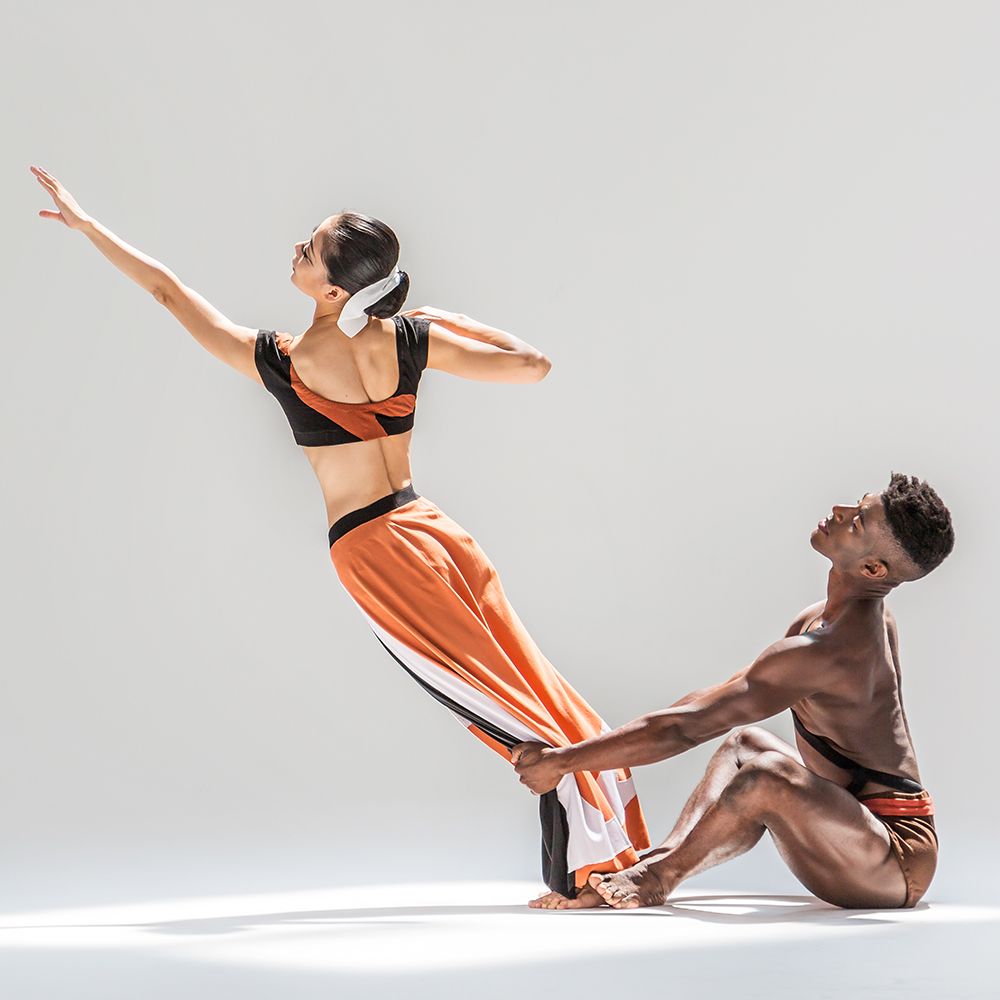