Eve is over the moon and enjoying being pregnant with her first child. The rapper and former co-host of The Talk recently announced her pregnancy after years of struggling to conceive. Ironically, she discovered she was pregnant just days before her highly anticipated Verzus battle with Trina, causing her much stress. 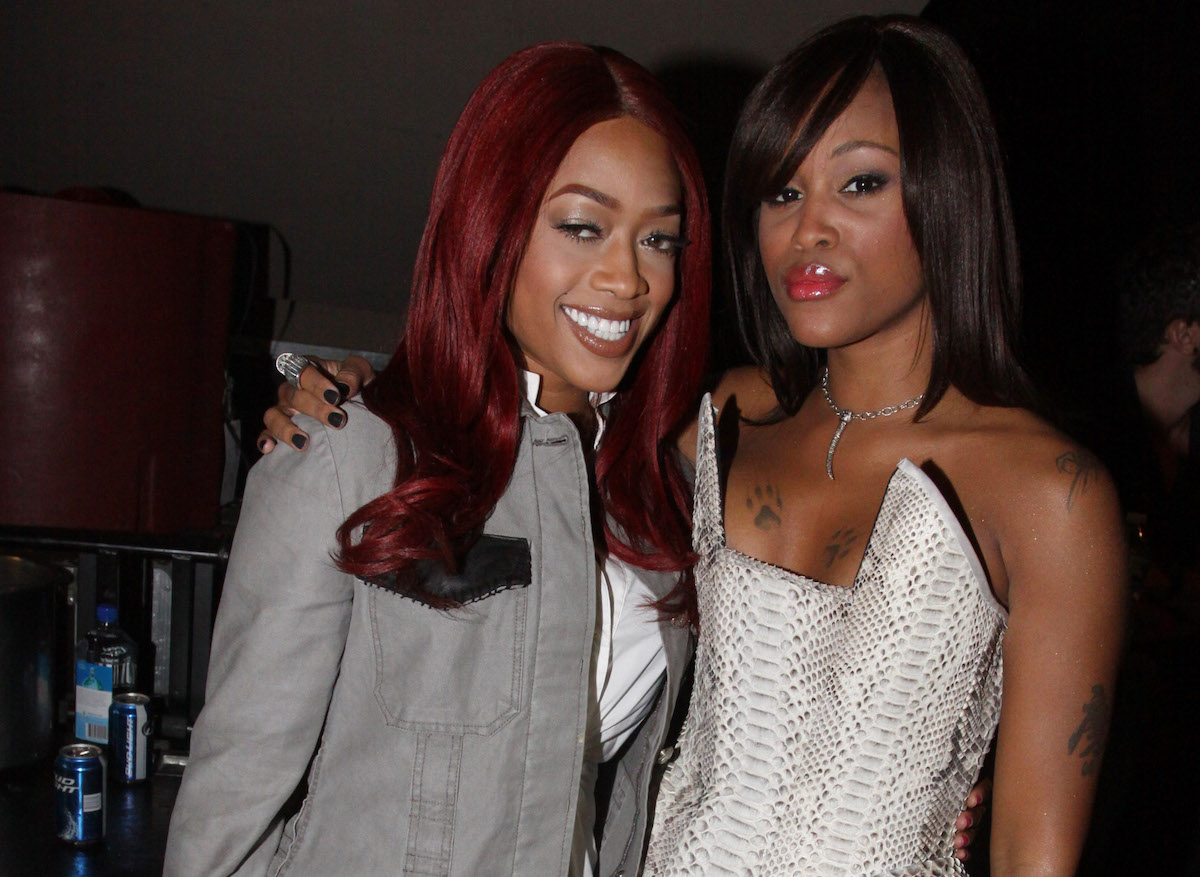 Eve discovered she was pregnant shortly before the Verzus battle

Eve and Trina’s Verzus battle took place across multiple social media platforms on June 16. Per a report from Billboard, Eve solidified herself as the winner with her catalog alone. But, many felt Trina had better performances and stage persona. But according to Eve, there’s a reason why she opted for a simple stage performance.

“What’s crazy is, that’s when I found out I was pregnant,” she told the hosts of The Breakfast Club. “I literally newly was pregnant. And, I was stressed the f–k out because my stylist didn’t bring me no [sic] clothes. That whole day – I had a meltdown right before we went on.”

Eve says she was set to fly to Miami to participate in person with Trina for the battle but chose to stay in London where she lives because she was too paranoid to travel. Still, she enjoyed the battle. Still, she admits to being nervous and unsure whether she was handling herself the correct way physically on stage.

The rapper has been open about her fertility struggle

Eve being nervous about the performance just days after discovering she was pregnant with her first child is understandable. The hip hop legend married Maximillion Cooper in 2014 and struggled to conceive. During a 2019 episode of The Talk, she admitted to feeling “ashamed” of not becoming a mother at the time.

Related: What Was Eve’s Character’s Full Name on Her UPN Sitcom?

Now, she says a health condition was the cause of her infertility issues. “I had 14 fibroids that I didn’t even know that I had,” she told the hosts. She underwent a surgical procedure to have the fibroids removed, adding that her current doctor is the only physician who’s ever taken her fertility concerns seriously.

Now, Eve cautions women, specifically Black women, to get serious about uterus health. “Periods are not supposed to be painful but Black women are told otherwise,” she states. Eve says it’s important for women to be vocal about their health concerns to their doctor, no matter what age.

Eve put rumors to rest that she and Trina are feuding

During the Verzus battle, some felt Eve’s energy was off and that she did not want to participate. Eve put rumors to rest by stating at the beginning of the battle that Trina is the only rapper she’d ever battle in the friendly competition. She opened up more about their years-long friendship on The Breakfast Club.

“Trina’s my people, people – I love Trina to death,” she began. “In the beginning of my time in the business, when I started, me, Trina, and Missy [Elliott] would hang out all the time because I lived in New York so I would just go to Miami. Missy was like our big sister. She held us down.”

Eve says Trina was instrumental in the recording of her sophomore album. “Trina treated me so well. I recorded my second album there [in Miami],” Eve explains. “While I was there, it was like the city was open. She just made sure everything was right.”