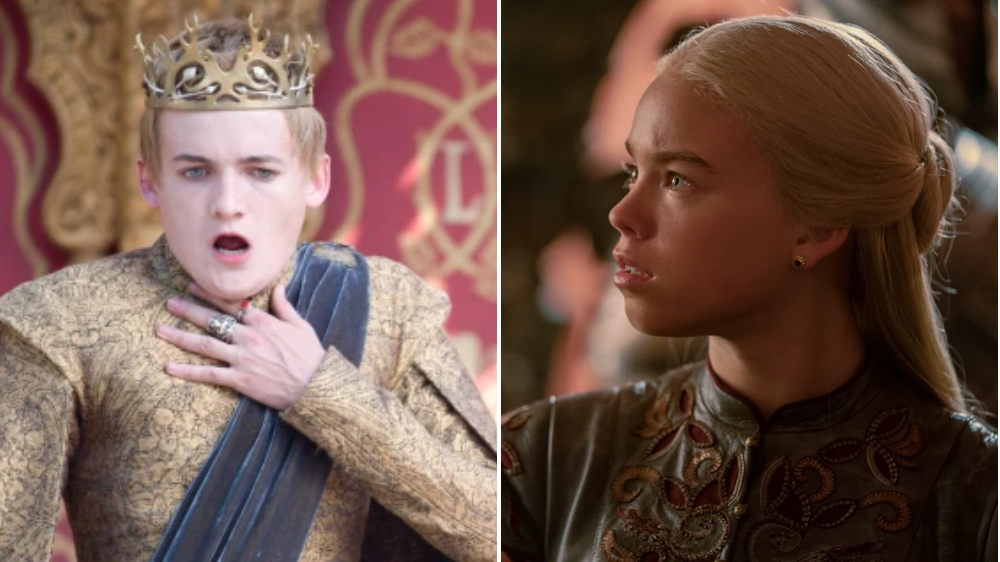 *This article contains a huge spoiler for House of The Dragon.

House of The Dragon may have excelled in keeping audiences on the edge of their seat but die hard Game of Thrones fans will recall King Joffrey gave away the biggest spoiler.

He literally ruins everything.

Of course, anyone who has read the George RR Martin books will already know what’s in story for the Game of Thrones prequel but for those who haven’t this is a biggie. Like the biggest.

So before we go any further you have been warned, do not read on if you don’t want the rug pull ruined.

In the season three episode Now His Watch Is Ended, King Joffrey confirms how Rhaenyra Targaryen (currently played by Milly Alcock but will later be replaced by Emma D’Arcy) meets her grisly end.

Of course, House of the Dragon is set around 200 years before the events of Game of Thrones, so her death isn’t exactly news but how she’s killed is pretty wtf.

Joining Margaery Tyrell at Rhaenyra’s gravesite, Joffrey explains how she ended up six feet under.

He tells her: ‘Rhaenyra Targaryen was murdered by her brother – or rather, his dragon.

‘It ate her while her son watched. What’s left of her is buried in the crypts down there.’

Rhaenyra’s bother was only introduced to House of The Dragon in the latest episode as a baby, so we can assume we’ve still got plenty of time with her.

House of the Dragon is, however, zooming along at a swift pace, covering four years in just three episodes.

House of The Dragon is available to stream on NOW.