With so many entertainment options, it's easy to miss brilliant streaming shows, movies and documentaries. Here are the ones to hit play on, or skip.

High-end glassbowing? Bring it on! Any clown can go on My Kitchen Rules and bang out a risotto, but there's nothing like a reality competition show in which the contestants are genuine grown-ups who have extraordinary skills. 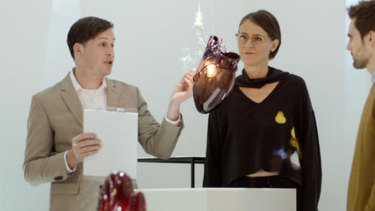 We’re blown away by this glass blowing competition.

To the outsider everything about glassblowing looks enormously difficult – the heat, the fragility, the chemistry and the basic physics of keeping a glob of molten glass on the end of a stick. Never mind having to turn that glob into a functional object or a work of art. The results here are amazing.

It's easy for a white person to imagine that Dear White People will be either one long harangue, or an overly earnest issues drama in which the travails of the predominantly black characters will prove insurmountably tedious in their didactic intent. Neither notion is true, and neither admits the possibility that the show will actually have a sense of humour – about itself, about black life, or just in general. 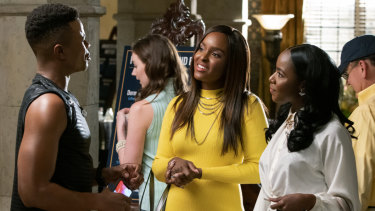 Even in its least shining moments, Dear White People can be illuminating for those who make the effort to engage with it.

But Dear White People does indeed have a sense of humour – several of them, in fact – and it doesn't mind getting goofy. As the show returns for a third (!) season, it even gets a bit Scooby-Doo as firebrand film-student Samantha White (Logan Browning) and her pal Lionel (DeRon Horton) set about trying to uncover the mysterious black secret society they're convinced exists at their Ivy League school. The truth on that score is distinctly less romantic than they'd hoped – and it makes for a decent little chuckle amidst the frequently more serious fare.

Even if you watch no more than the first half-hour episode of the first season you'll have done yourself a favour.

Elsewhere, Samantha has left the college-radio show from which the series get its title to her pal Joelle (Ashley Blaine Featherson), who seems to be taking it in a deliberately anodyne direction. In a more promising development, computer-science major Reggie (Marque Richardson) looks like getting a mentor fresh out of Silicon Valley who has had a similarly terrifying experience with armed racist campus police.

Even in its least shining moments, Dear White People can be illuminating for those who make the effort to engage with it. Most viewers will have been startled by the show's assertion last season that Martin Luther King somehow "recanted" his "I Have a Dream" speech in a 1968 interview with NBC's Sander Vanocur. Those who made the effort to seek out the full interview, which is readily available online, will have found very little to support that contention, but they will have been impressed anew at King's plain-speaking articulation of issues of racial injustice that persist to this very today.

In the Australia of 2019, where Ian Darling's documentary The Final Quarter, about the disgraceful treatment of Adam Goodes by large sections of the public and media, has highlighted how breathtakingly ignorant so many white Australians are about the experience of non-white people, it's essential viewing. Even if you watch no more than the first half-hour episode of the first season you'll have done yourself a favour. 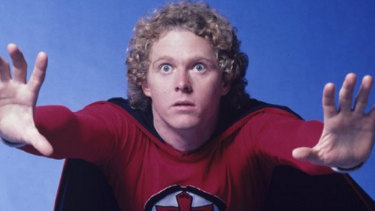 The feature-length pilot still works fine as a slightly weird standalone movie, and William Katt is hugely appealing as the young star in The Greatest American Hero.

How far does your '80s nostalgia kick go? Are you content with Stranger Things and the shiny synth scores in series like Too Old to Die Young? Why not revisit some of the weird and occasionally wonderful TV that provided the world with a thin sort of common culture throughout the Reagan presidency? You could do worse than the big-hearted, off-the-wall comedy drama of The Greatest American Hero.

Yes, there's that strangely stirring earworm of a theme song by Mike Post, but series creator Stephen Cannell (The A-Team) had plenty else up his sleeve, including a hugely appealing young star in William Katt. The feature-length pilot still works fine as a slightly weird standalone movie. In a California where a dune-buggy riding pseudo-Christian cult intends breathtaking skulduggery, kindly aliens give an idealistic teacher (Katt) a superhero suit that will help him right wrongs. He promptly loses the instructions, struggles to learn to fly and winds up in a psychiatric facility. His only hopes are his girlfriend (Connie Sellecca) and crusty new FBI agent buddy (Robert Culp). Oddly delightful.

The second season of this boisterously surreal odd-couple comedy has the awkward Billie (Charlotte Newhouse) starting her new life as a history lecturer. Unfortunately for her, she has been followed on to campus by the terminally immature and impulsive Gene (Workaholics' Jillian Bell), who she had spent the first season babysitting and tutoring for a high-school diploma. But while Gene tends to make Billie's life a waking nightmare, there's a genuine bond between them that might yet help Billie out. Look out for Michaela Watkins and Matthew Modine. 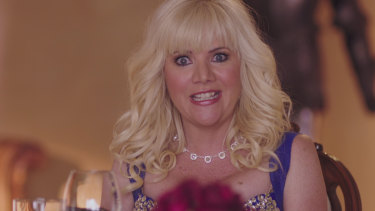 We're never short of a chilling American dystopia, be it in things like The Handmaid's Tale, or in the form of actual America. Colony is an immediately engrossing one, fiendishly devised by former Lost showrunner Carlton Cuse and Ryan Condal. 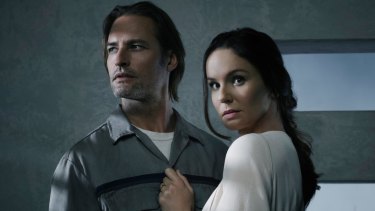 In a Los Angeles brutally occupied by a mysterious and possibly extraterrestrial power, ex-soldier Will Bowman (Josh Holloway) finds himself being forced to work for the bad guys. Little does he know that his wife (Sarah Wayne Callies) is working for the Resistance. Good stuff.

The Making of the Mob: New York
tubitv.com

Tubitv's free streaming service is an unlikely home for AMC's big-ticket historical docu-dramas, The American West and The Making of the Mob: New York. Terrific re-enactments and incredible true stories make this one particularly compelling viewing. It's fascinating to watch as "Lucky" Luciano finds that the Great Depression is good for business, and he even succeeds in getting Al Capone to pull his head in. Soon, though, he finds himself at war with Sicilian gangsters who have fled Mussolini and decided to take Manhattan.

*Stan is owned by this masthead