Visiting Helmingham Hall in Stowmarket, Antiques Roadshow expert Clive Farahar caught up with a guest who possessed a letter signed by Elizabeth I and wanted to find out how she got hold of it.

The guest said the document came from her great grandfather and was handed down to her mother, who was also called Elizabeth.

“Why was it given to her?” Clive pressed, wanting to know more about the letter, before he unveiled its valuation.

“Because her birthday is the same date as when this document was first signed. It was given to her because it was the same birth date,” the guest explained.


“Her name was Elizabeth, and her married name began with an R and therefore she used to sign her name Elizabeth R,” she added.

Excitedly getting down to take a further look at the document, the expert admired the document which he described to be in “absolutely pristine condition” .

Clive went on to share some valuable information about the letter with the fascinated guest and crowd.

“As a lot of these documents were, there on vellum which is skin and it’s been folded and tucked away so the writing is as bright as it could have ever been, including Elizabeth’s signature which is in a slightly different coloured brownish ink but there it is, the most magnificent signature”, he told the guest enthusiastically.

Thanking the guest for providing him with a copy on a crib sheet of what was written on the document, he went to read the cherished piece as the crowd listened.

Clive explained Elizabeth wrote the document to John Mangleman, giving him the licence to go out and seek sulphur which was of little excess in England as it was required to make gun powder. 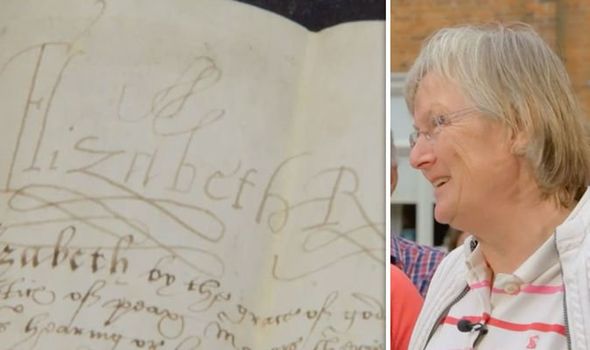 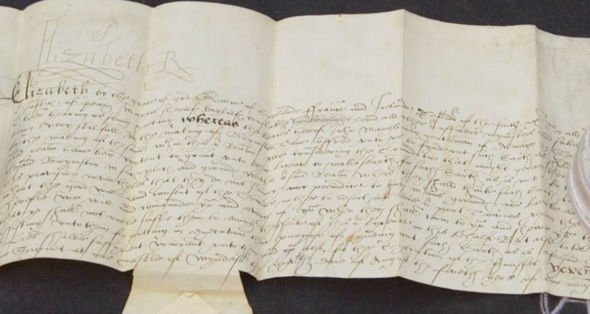 “Aww,” the guest said with a surprising smile.

Another detail Clive was keen to point out was the seal. He told the guest: “You can see the fleur-de-lis there of France and the lions of England.”

Prompting her to come to a value for the exquisite letter, the guest was hoping for several hundred pounds.

“Well I think can do better than that,” Clive told the guest, reminding them of the desirability of items linked to Queen Elizabeth I.

He then revealed the letter could be sold for a shocking £35,000 which left the guest speechless. 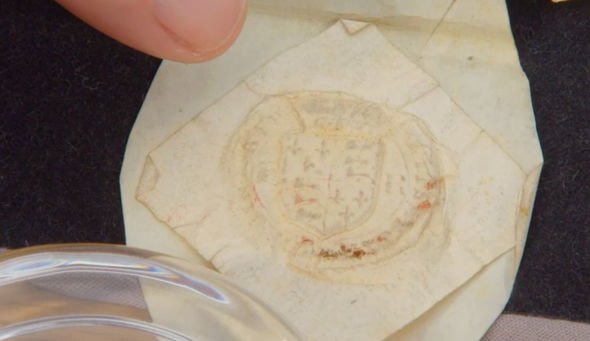 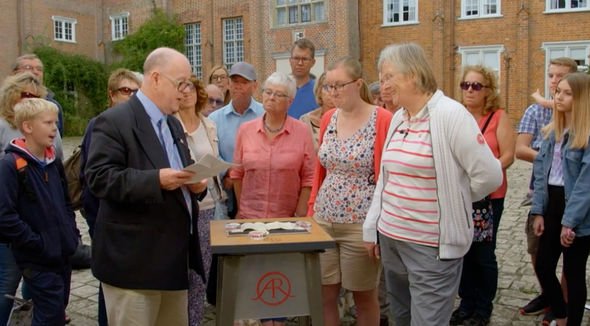 As she recovered from the surprise, she broke into laughter as the crowd looked on also stunned.

When asked about what she would do with the item, the guest admitted she was torn but would speak to her siblings, giving them part ownership.

“I think they would claim it anyway,” she laughed.

Clive concluded by thanking the guest for bringing in the “wonderful” piece of history.

Antiques Roadshow returns on Sunday at 8pm on BBC one