2002 was a big year for Britney Spears. She starred in her feature film, the romantic comedy Crossroads. Additionally, she appeared in a major cameo opposite comedian Mike Myers in Austin Powers in Goldmember. Here’s everything you should know about Spears’ hilarious fembot cameo. 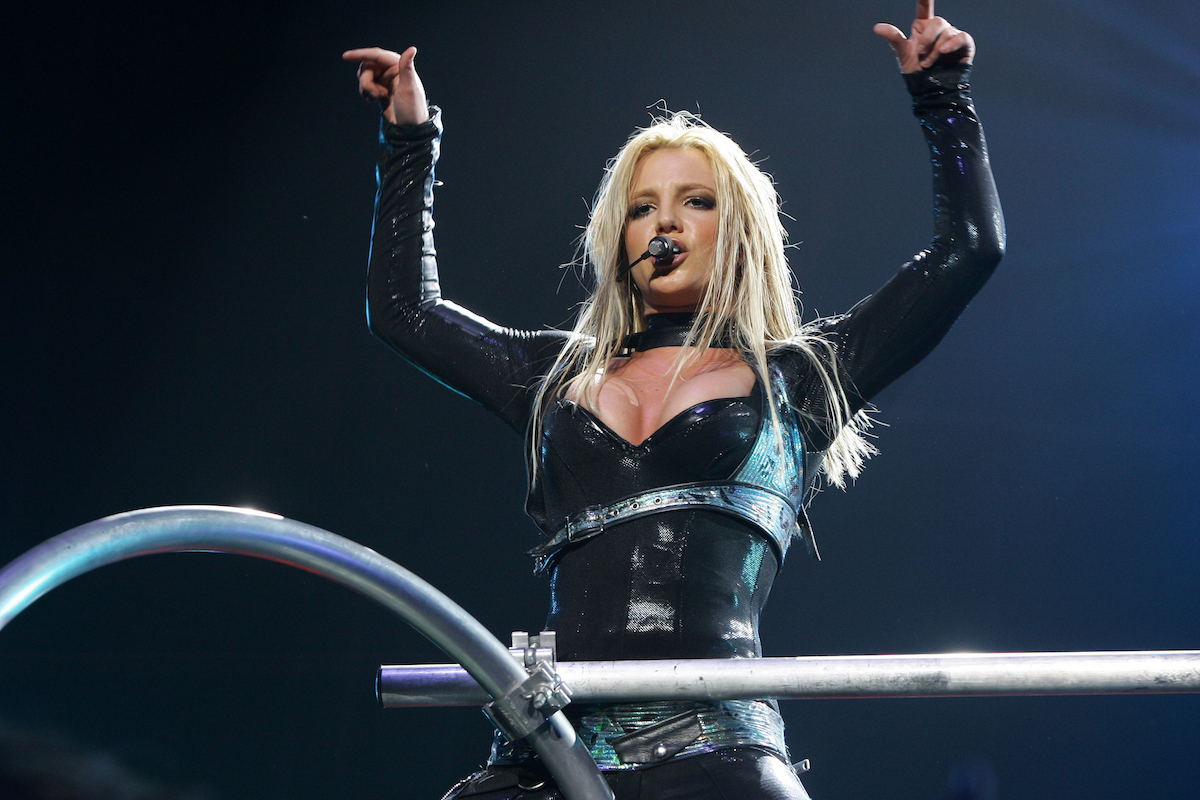 Aside from her serious role in road trip dramedy Crossroads, Spears also appeared in a flashy cameo as herself with Saturday Night Live star Mike Myers. In a 2002 video interview, she broke down her cameo.

“It’s supposed to be like a mini version of my video that I’m gonna be doing later,” she says. “And it’s just me and my dancers, and we’re dancing. And then all of a sudden he [Mike Myers as Austin Powers] comes onto the set with his dancers, and then we have a battle. And so, we battle each other. And I don’t wanna say what happens at the end, though.”

That epic dance battle is one of the more cheeky moments in a highly cheeky movie. Britney Spears, it turns out, is one of Power’s infamous “fembots,” dancing on command. Moreover, she and Myers slap each other repeatedly during the intense dance battle to comic effect.

In the cameo, Powers appears on what looks like the set of Britney Spears’ Boys video. “It’s Britney Spears!” shouts Powers as Spears and her dancers approach him, face to face. Over the opening credits, she continues to dance while performing the song.

The hilarious dance-off has Powers imitating Spears with Hit Me Baby, One More Time pigtails, mimicking her sharp dance moves, and making faces in general.

Furthermore, the two continually fake-slap one another until the dance-off comes to a spectacular head. “Oops! I did it again, baby,” Myers memorably quips.

How Spears and Myers managed to keep a straight face while filming the scene is beyond us. But it remains an iconic and exceptionally well-placed cameo for the singer.

For those who had the presence of mind to sit through the end credits, there was another surprise — Spears made a second cameo appearance opposite Mini Me (played by the late Verne Troyer, who died in 2018).

In it, Mini Me stands on a bar in a velour jacket while Britney Spears leans into him. “Is it true what they say about you?” she asks coyly. His whispered answer prompts her to beg him to take her cell phone number.

The Crossroads star and singer made the very best of a small amount of screentime in a major film. In fact, it’s one of the most memorable moments in a movie known for its outrageous moments.

The cameo in the third Austin Powers movie wasn’t Spears’ first trip to the cameo roadshow. In 2001, she similarly appeared in a direct-to-Disney-Channel movie called Longshot. In it, she played a flight attendant.

It also wasn’t her last cameo. She appeared alongside Demi Moore and Ed Helms in the 2019 comedy horror movie Corporate Animals.

While cameo appearances aren’t exactly starring roles, they indicate something important about a performer. The fact that Britney Spears continues to be sought after for small feature roles is a testament to her enduring popularity and pop culture relevance.

Austin Powers in Goldmember wasn’t her first cameo. And we’re betting she’s nowhere near her last.