If there’s one thing that stands out from the totality of “Barry” Season 3, it’s the idea that messiness is somehow more jarring and unsettling when it’s presented with complete control. As the life of Barry Berkman (Bill Hader) becomes an increasingly damp sand castle losing a new turret week by week, the HBO show has been laser-focused on it crumbling in his hands.

That idea crested in the Season 3 finale “starting now,” which finds each person in Barry’s inner circle lose their grip on a major part of their life. Sally (Sarah Goldberg), fresh off the disappointment of being fired and seeing her former assistant swipe her career ambitions, has fully embraced Barry’s toxic revenge plans. NoHo Hank (Anthony Carrigan) is holed up in an undisclosed Bolivian location, chained to an exposed pipe after being blow darted last week. And Gene (Henry Winkler) has to face his own compartmentalized guilt, face to face with Jim Moss (Robert Wisdom), the father of his former love.

It’s a meticulous half hour, one that finds all these threads fading into each other. It’s another week when the title pops up without its trademark horn section backing, setting the expectation that nothing is going to shake these characters from confronting the worst parts of themselves. Barry is the throughline between their suffering — yes, even Fuches (Stephen Root), whose angry interrogation room stare might be the most imposing he’s been on the show to date — and all that pain is starting to blend together. Even if Sally and Gene aren’t actually dead on the shore like Barry sees in his hospital room vision, the damage he’s done in their lives is more irreparable than ever. 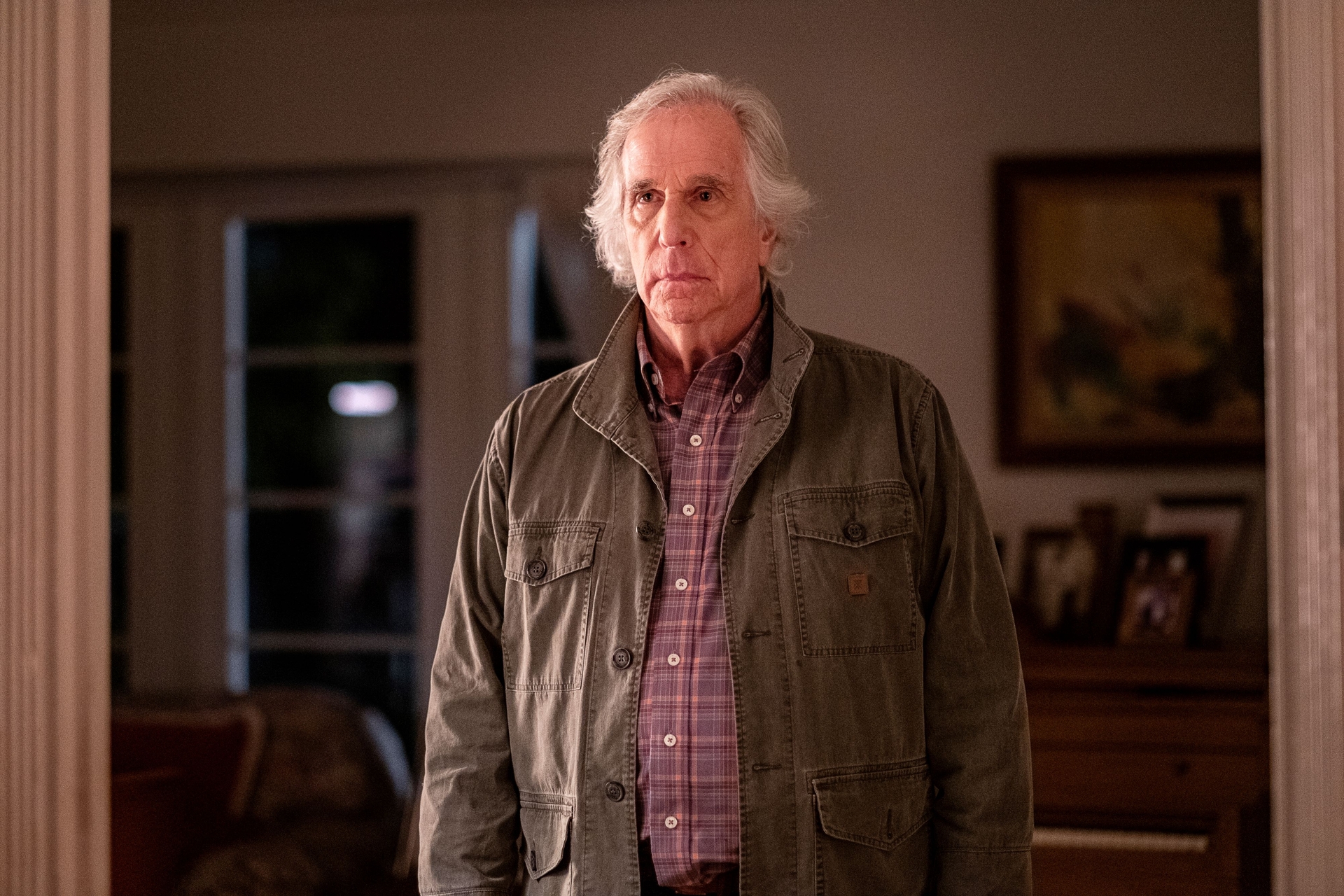 What saves this episode (and gives the show somewhere else to go) is an overall sense of restraint. It might be an odd thing to say about a vicious episode that features a man choking Sally, has Hank wielding an automatic weapon, and closes with a jumbo-sized tactical team carting away the show’s title character. But in every instance, the worst in every scene is kept just off screen. Whatever animal made mincemeat of the prisoners in the room next door to Hank (or if the snarls and roars and eventual gurgles are all just the product of a brain in total crisis mode) remains a mystery for now. We don’t see how badly Sally pummeled the biker intruder with a baseball bat in a soundproof room — that’s a burden for the corpse-burying Barry to deal with.

“starting now” does focus on the things it can control. Hader as the director of the episode presents mirrored repetitions — Gene in the garage with Jim, Albert (James Hiroyuki Liao) telling Barry his extrajudicial murders have to stop, Barry drilling an alibi into Sally’s consciousness — as plainly as possible. These faces have nowhere in the frame to escape. Emotional turbulence presented with precision has been a trademark of Barry the character through the show’s first few seasons. With him effectively bidding farewell to the anonymity that gave him a third chance at life, it will be interesting to see if that steady hand carries over into a potential Season 4.

The twin looks of shock on Barry’s face — first as he sees Albert appear like a ghost and then as he’s being led away in his final moment —are not only the clinchers on a raw bit of season-long mental decay. They’re the signals that the old “Barry” might as well be lying in that ditch alongside the guy who chased him across the freeways of Los Angeles. That would be true even if the episode had had a slightly more tongue-in-cheek approach and snuck in a few extra jokes aside from Fuches’ reaction to the pin.

For as much as Barry seemed doomed to be chased down by the misdeeds of his past, there was something in seeing how he still had everything all these other characters were chasing. However fraught, he had the relationship that Gene had lost. However morally depleting, he was the top in his field in a way that Sally yearned for. He had the comfort that Fuches couldn’t find off the grid. And for a time, he enjoyed some security in flying under the radar, a luxury that Hank never had for himself. 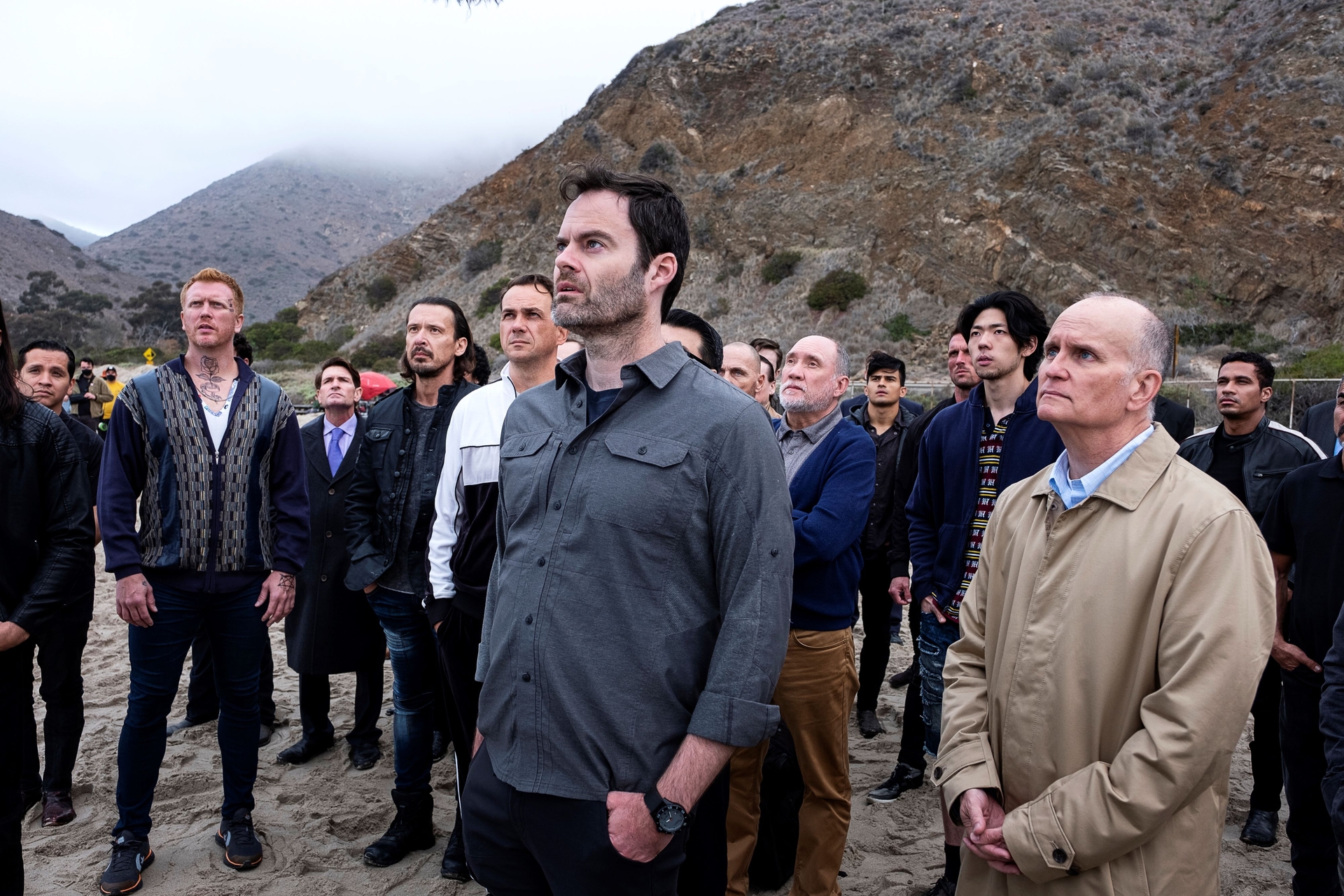 Regardless of what happens to Barry post-arrest, all of those are now seemingly vanished. Rather than accumulate what everyone else was seeking, now he’s foisted that emptiness on others. Sally is on a plane back home. He’s lost a major ally in Gene (however forcible and manipulative that tentative partnership was). Hank’s reunion with Cristobal is tender, but marked by its own amount of uneasy bloodshed. The question now becomes whether this show will be able to foster a new energy with Barry at rock bottom as it did when he was slipping.

To some extent, the season finales of this show have all been about breaking points. Killing a friend in cold blood or letting rage lead to a monastery full of dead foes aren’t exactly the mark of a man with his soul intact. Where those past pivot moments saw Barry ending the lives (or at least the happiness) of those unfortunate enough to cross his path, bringing Sally into her own nightmare spiral feels like its own kind of unforgivable turning point. To make matters worse, it’s a curse that Barry realizes that he’s given her mere moments before it manifests. Not only is he being confronted with his own hellish consequences, he’s dragged someone he insists he loves into that same fate.

So no matter where or when or how Season 4 picks back up, this won’t be the same Barry and it surely won’t be the same “Barry” either. The inevitable reckoning is already under way. Time will tell how much more damage will come with the rest.

“Barry” Season 3 is now available to stream on HBO Max.