A BBC presenter has been taken off air for potentially breaking impartiality rules after laughing over Boris Johnson pulling out of the Conservative Party leadership race.

Martine Croxall was fronting Sunday night’s edition of The Papers when she expressed glee that the former Prime Minister will no longer contend despite claiming to have 102 nominations.

During her introduction to the programme, Ms Croxall said: ‘Well this is all very exciting isn’t it? Am I allowed to be this gleeful? Well, I am.’

In her first question to her guest, she also remarked: ‘Can we even show you the front pages just yet, have they arrived? No, they haven’t arrived. It’s all a little bit, you know, lastminute.com isn’t it?

‘Because all the front pages were probably out of date by the time we received them.’

She later added: ‘I’m probably breaking some sort of terrible due impartiality rule by giggling.’ 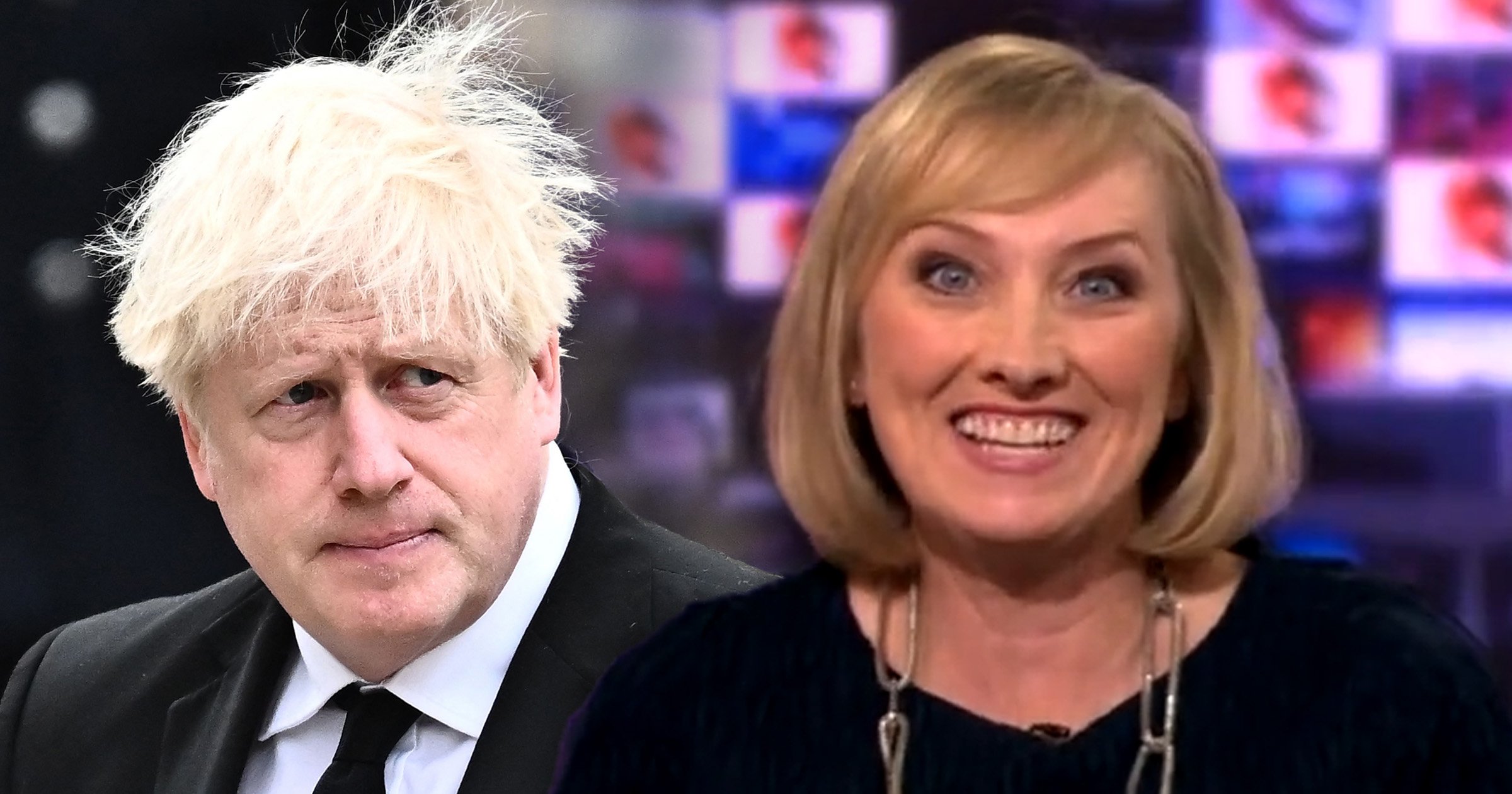 Viewers were quick to criticise Ms Croxall’s remarks on social media, with many complaining of bias.

Former Culture Secretary Nadine Dorries said on Twitter: ‘This lack of impartiality demonstrates how deep seated the bias is.’

‘Whatever you think of Johnson, if you care about the BBC you cannot think this is in any way acceptable from one of its presenters,’ another wrote.

‘This lapse of impartiality and professionalism illustrates why so many accuse the BBC of bias,’ a third said.

Some, however, supported Ms Croxall in her comments. ‘Martine Croxall is unable to hide her glee at #NoBoJo and I’m fully behind her,’ one added.

The BBC has confirmed that BBC News is urgently reviewing last night’s edition of The Papers on the News Channel for a potential breach of impartiality.

‘It is imperative that we maintain the highest editorial standards,’ a spokesperson said. ‘We have processes in place to uphold our standards, and these processes have been activated.’

Ms Croxall is not the only journalist to have been taken off the air in recent days following political mayhem in Westminster.

Last Thursday, Channel 4’s Krishnan Guru-Murthy was removed for one week for calling Steve Baker a c**t during a livestream.