Daisy Kelliher from Below Deck Sailing Yacht recently shared that the intense boatmances seen on the show aren’t always the norm in the yachting world.

She explained that the condensed season, plus her season’s locked down circumstances created the perfect storm for a slew of Yolo-type hookups. “It was a lot. I was like, ‘Whoa,’ and Sydney [Zaruba]’s like, ‘I really like [Gary King],’ and I’m like, ‘You’ve known him for two days.’ I’m like, ‘Wow it takes me like two years for me to say I like someone,’ so for me personally, it was a lot. But, whatever. Everyone’s different,” Kelliher said on Bravo’s Daily Dish podcast. “For me it was kind of entertaining.” 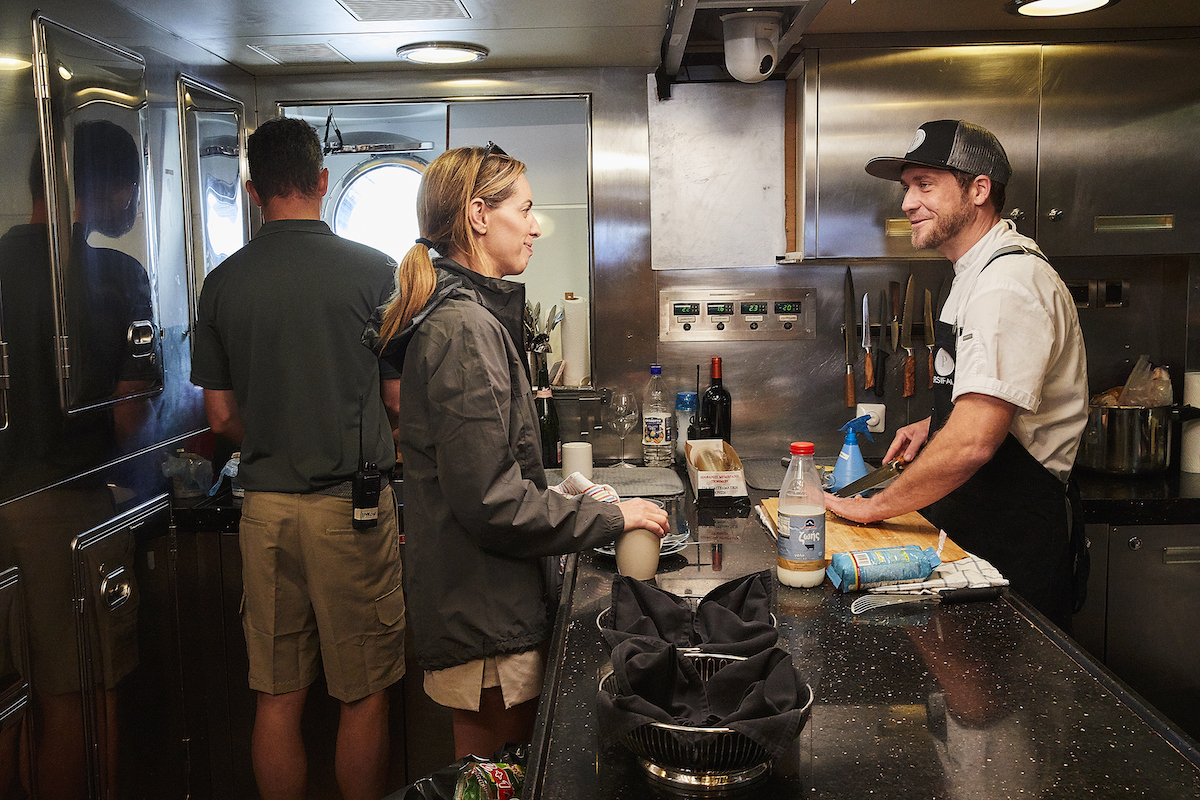 Kelliher said a six-week season isn’t what she’s typically experienced in the yachting industry. “On the boats I work on, they’re more permanent than these boats,” she explained. “And they’re more longevity and people stay around for a few years, so that sort of level of hooking up definitely hasn’t existed so much in the boats I work on and what I’ve seen because it doesn’t work.”

“People do end up getting let go, or they end up having to quit,” Kelliher continued. “And the boats I work on are looking for people to stay on for a few years.”

“Saying that I do know on other boats it does happen, I do know other boats are quite loose,” she added. “I think with Below Deck and our season, it was easy to be loose because we all knew that we were only there for six weeks. If I was to go onto another boat and I knew I was only there for six weeks, I’d probably hook up with them, too. But if I want to stay there for a year or two and I really like the captain and I like the owner and my crew, I’m not going to go there as quickly because I’m probably going to have to end up leaving. So it’s a bit of a tricky one.”

‘Below Deck Sailing Yacht’ was the perfect boatmance storm

Below Deck Sailing Yacht takes the concept of boatmance to an entirely new level. Because the crew wasn’t able to roam the town freely like previous crews, the interactions were limited to the boat. This created the perfect storm for hookups. “There were a lot of love triangles,” she told Showbiz Cheat Sheet. “And love foursomes. I don’t know what was going on. I couldn’t keep up with people, to be honest.”

Kelliher laughed when she thought back on the season. “I don’t know what it was!” she said. “I guess you put that many single people together, and obviously everybody is pretty good looking. So yeah, there was a lot going on. Everyone had fun, aside from all the tears.”

She said while the crew wanted to have fun, catching feelings is always inevitable. “I think people want to think that sex is just fun,” Kelliher said. “But sex always leads to tears. Like it always does. Like, oh we’re just having a good time and then the next morning you’re on. And that was fun … but not if it always leads to tears.”

Below Deck Sailing Yacht is on Monday at 9/8c on Bravo.