BEN Stiller has described The Goldbergs actor George Segal as "an iconic movie star" following his death at the age of 87.

The actor enjoyed a long career on the silver screen including for his role in Who's Afraid of Virginia Woolf?, where he received an Oscar nomination for Best Supporting Actor. 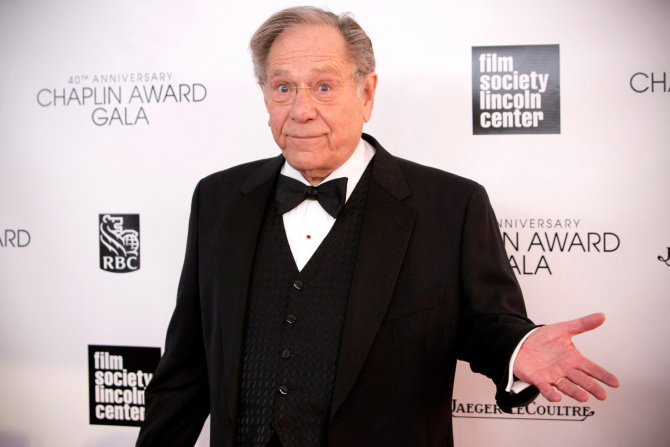 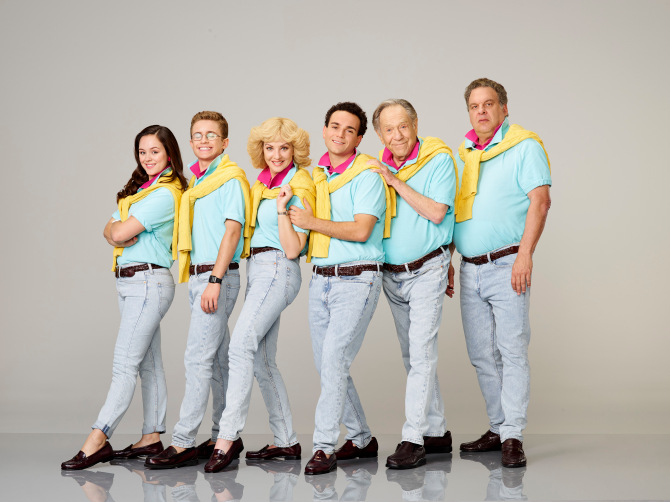 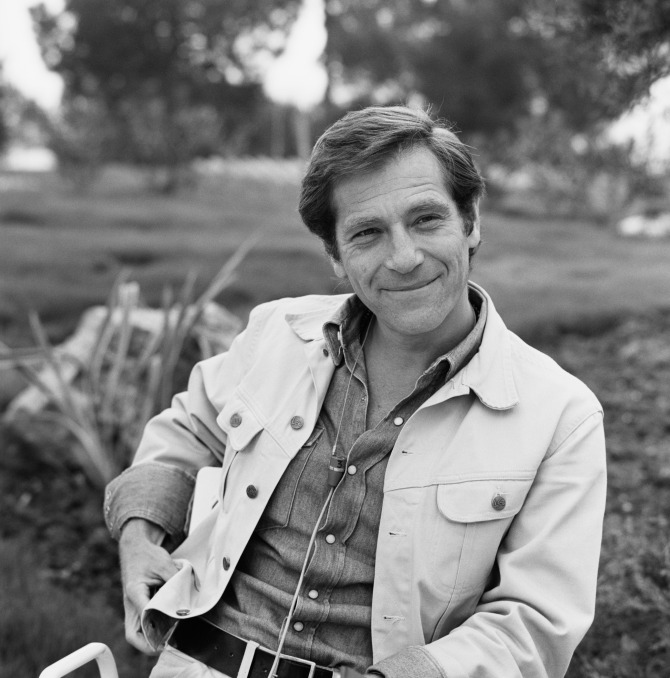 He added: "What a career. What a nice man, what an iconic cool funny 70’s movie star." 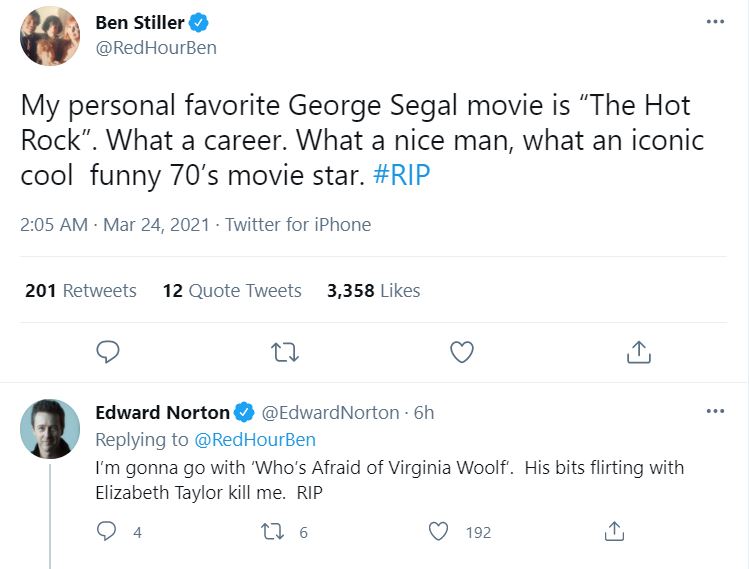 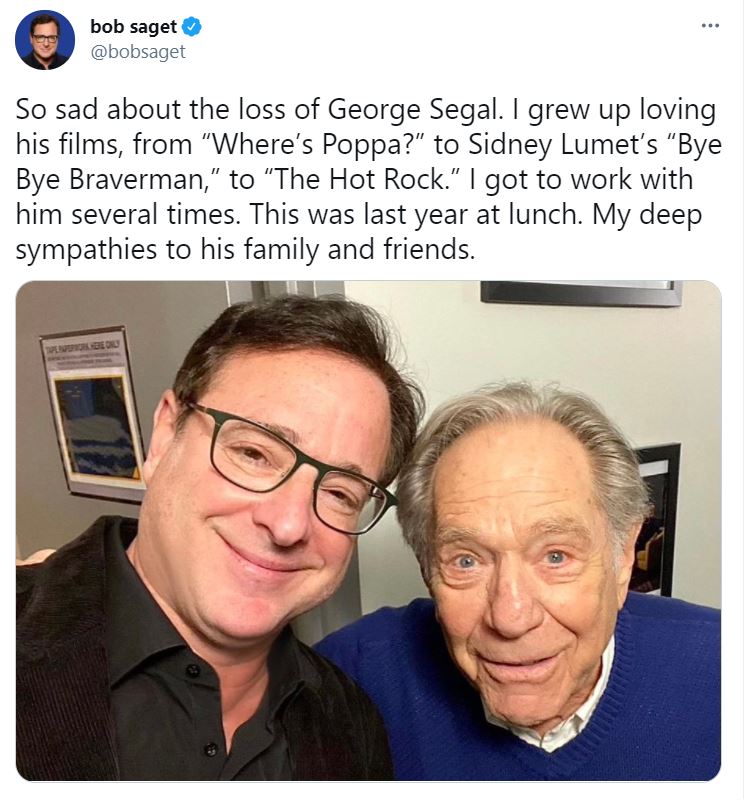 She wrote: "So sorry to hear about George Segal‘s passing. We had such fun making Owl and the Pussycat. May he Rest In Peace."

"In 2005, I got to be in a couple scenes w #GeorgeSegal and James Marsden in Chris Terrio’s first film #Heights and it is, still, one of my favorite days ever working," she said.

What a career. What a nice man, what an iconic cool funny 70’s movie star.

TV host Bob Saget shared a picture of himself with George from "last year at lunch".

The stand-up comedian said: "So sad about the loss of George Segal.

"I grew up loving his films, from “Where’s Poppa?” to Sidney Lumet’s “Bye Bye Braverman,” to “The Hot Rock.”

" I got to work with him several times. My deep sympathies to his family and friends." 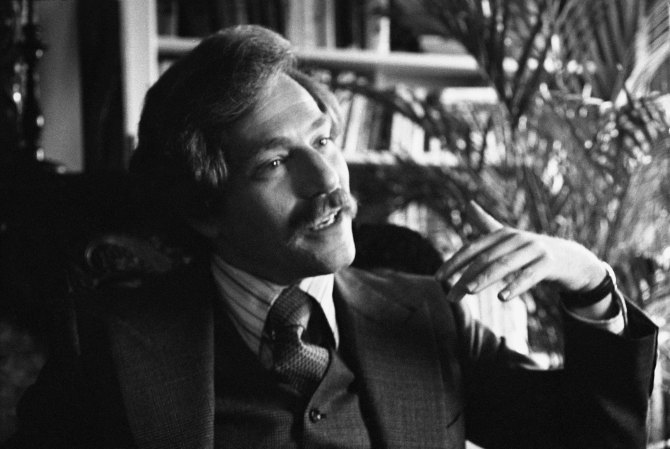 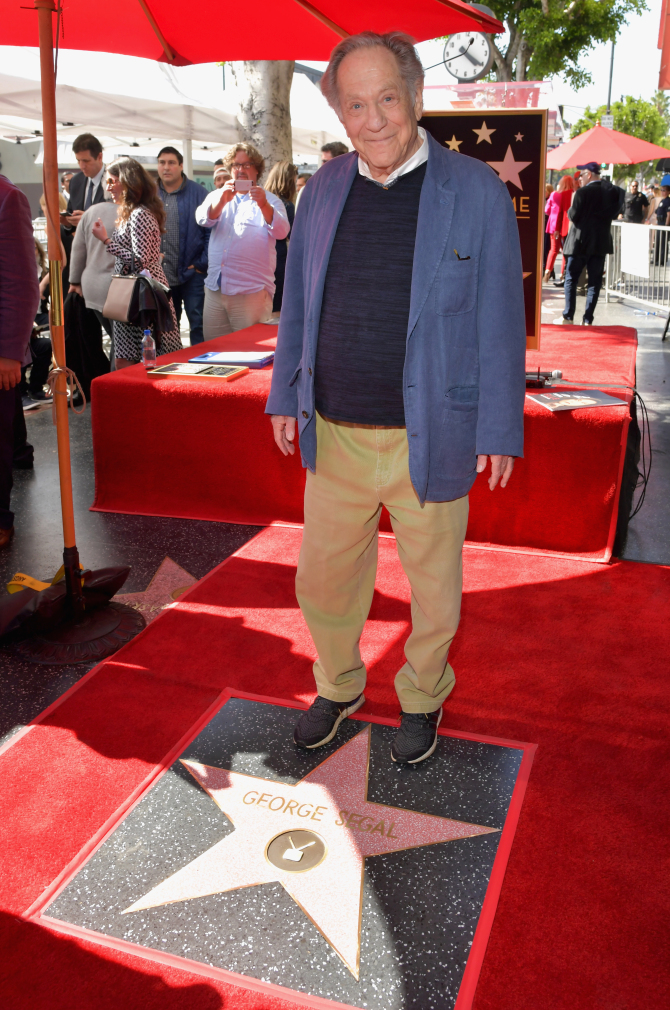 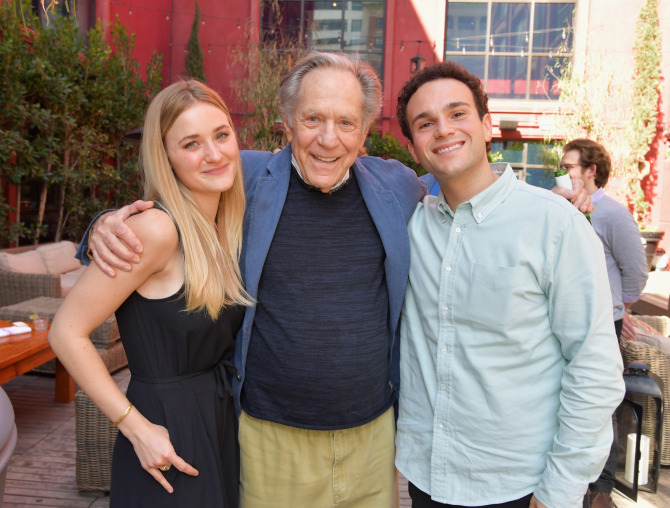 Josh Gad, best known for voicing Olaf in Frozen,said he was "so beyond sad".

He wrote: "Heartbroken to say goodbye to my film dad, the late, great #GeorgeSegal – I was so starstruck on set.

"To my surprise he not only let me ask him about all of his incredible experiences but indulged me in stories I could have never possibly imagined. RIP"

George's wife Sonia confirmed the tragic news in a statement. “The family is devastated to announce that this morning George Segal passed away due to complications from bypass surgery."

Younger viewers may best know George from his longtime role on the popular ABC series The Goldbergs, where he was a regular for eight years.

The final episode the legendary star was able to film before his passing is set to air on April 7, and a tribute to him is expected.

Fans rushed to express their thoughts on the news, as one person wrote: "I adore George Segal. Heartbroken to hear he passed."

Another added: "Awwww. LOVED him. He was so funny on The Goldbergs…"

While a regular on the small screen – he also had a memorable role on Just Shoot Me – some fans will also remember George's performances in films like 1968's Bye Bye Braverman, 1973's Blume in Love, and the following year's California Split, among others.

While he never brought home an Oscar, George was still recognized for his greatness, as he received a star on the Walk of Fame in 2017 one day after his 83rd birthday.

He told the crowd during his speech: "You know, I was 83 yesterday, so this is some birthday party…"

George, who began performing in 1944, then pointed to some of his The Goldbergs costars and said: "All these people I love, all these people … that's a lot of people to love, but there you go…"

George is survived by his wife Sonia and his daughters Polly and Elizabeth, whom he had with his first wife, the late Marion Segal. 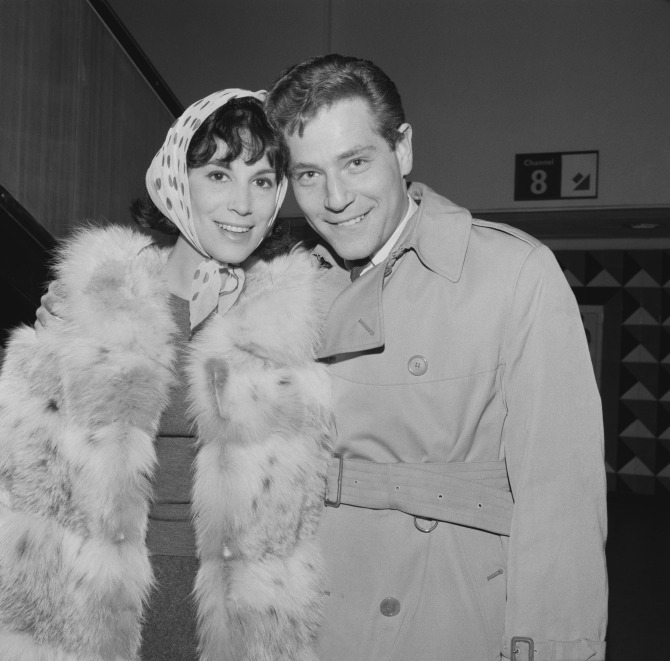 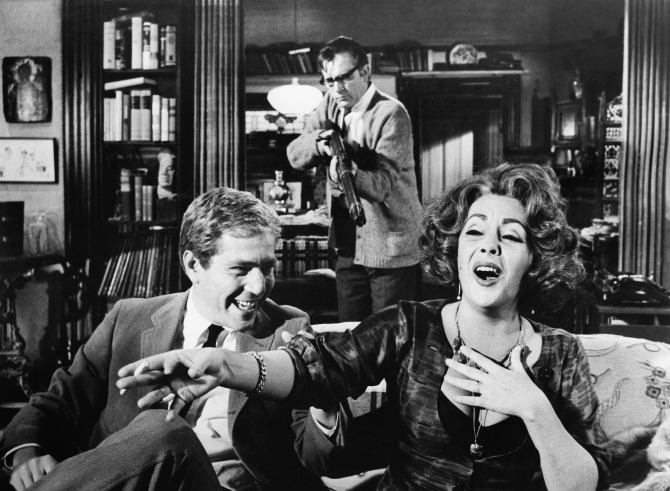