BRITAIN's Got Talent star Nabil Abdulrashid has been sent death threats after 733 people complained to Ofcom about him mocking racists.

The South London comedian won the semi-final of the ITV talent show on Saturday night following a set full of jokes about race, with judges David Walliams, Alesha Dixon and Ashley Banjo picking him over Unicyclist Wesley Williams to go through to the final. 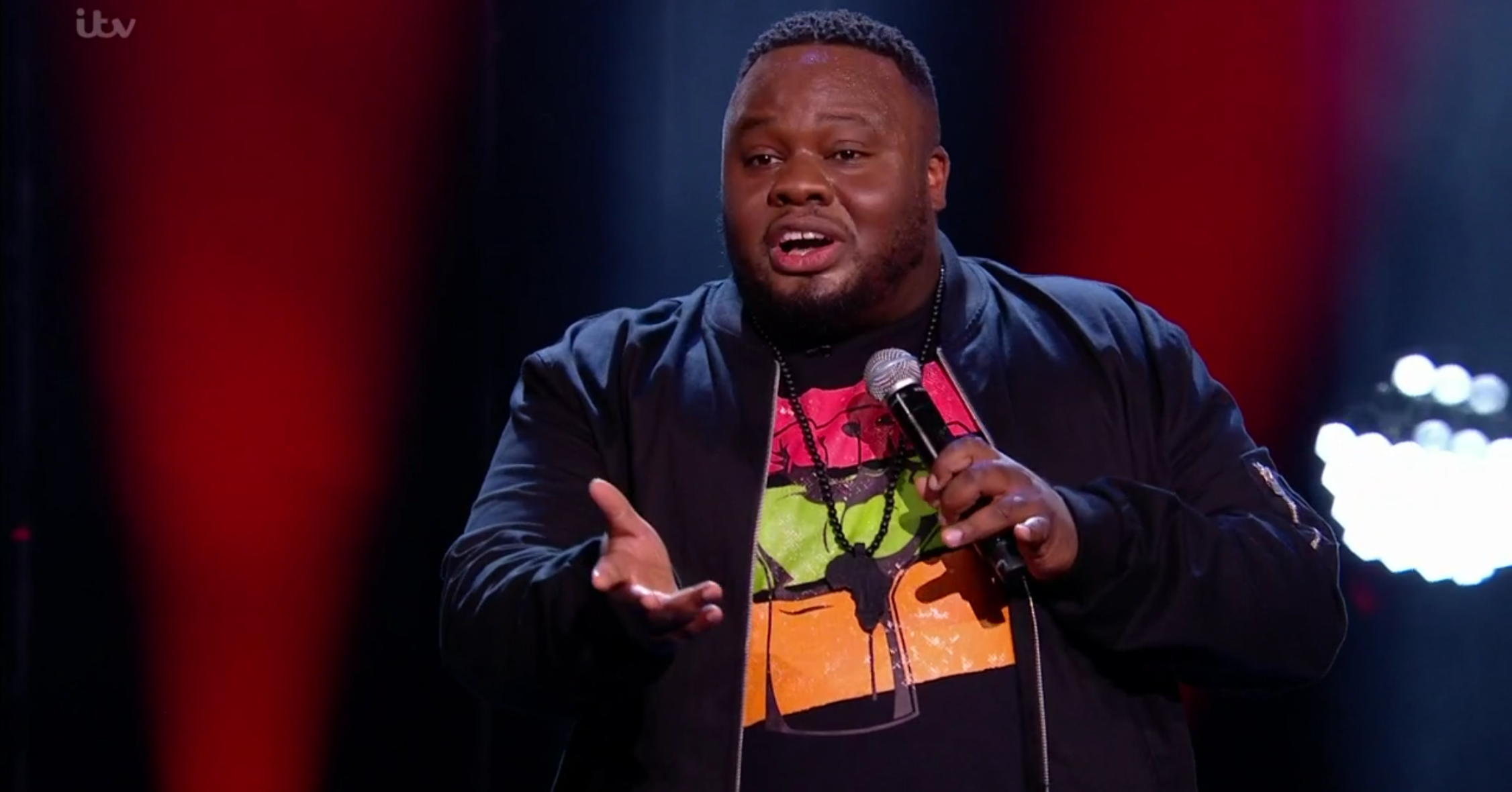 Twitter trolls were out in force on the night and attacked Alesha's Golden Buzzer act – but now the dad-of-two said he has been messaged death threats and vile abuse from racist viewers.

He spoke about the horrific messages on Twitter, writing: "Funny how I made fun of lefties too but so far it's not them wishing death on me or sending me abuse.. hmmm who were the snowflakes again?"

However, Nabil promised to ruffle some feathers, adding in another tweet: "They want to complain? Ok, I’ll give them something to complain about.. TUNE IN ON SATURDAY" 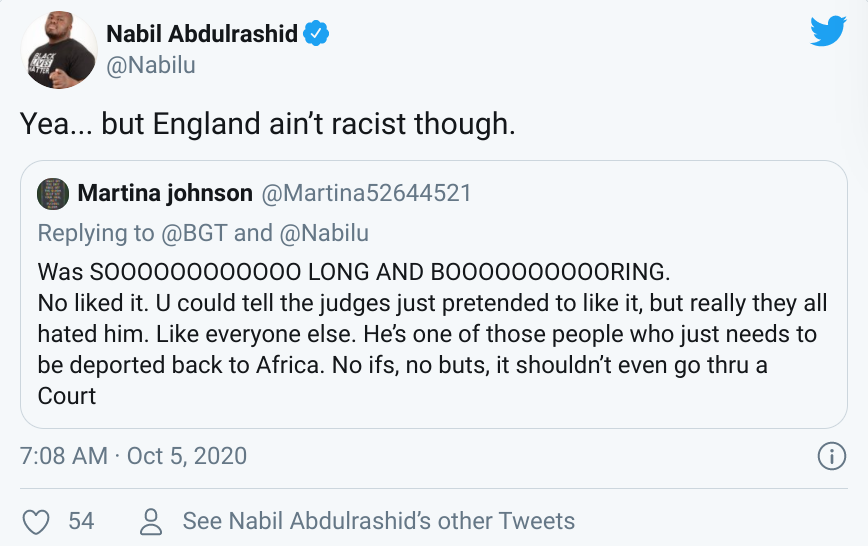 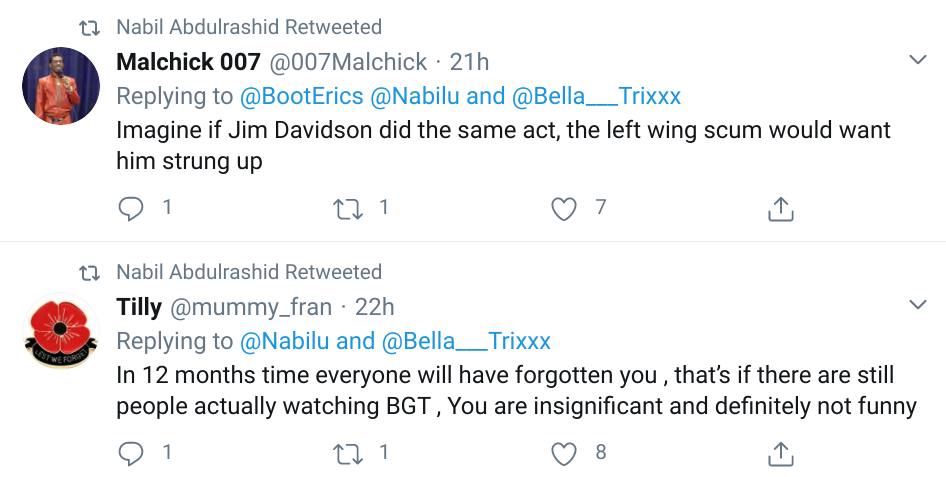 Nabil made it through to the final of the ITV talent show after a comedy set about racism where he attacked "angry far-right guys".

He mocked racism in Britain with jibes about white people mistaking him for rapper Big Narstie.

He also joked if he won the £250,000 BGT prize he'd spend the money on the African kids he sponsors – because they're his kids.

He went on to quip: "People watching will think that it's another of one of those Black Lives Matter guys doing jokes about stop and search – no, it's a joke about being fat. Big Nastie and I are both fat, we just both happen to be black too. Don't throw in the race card guys!" 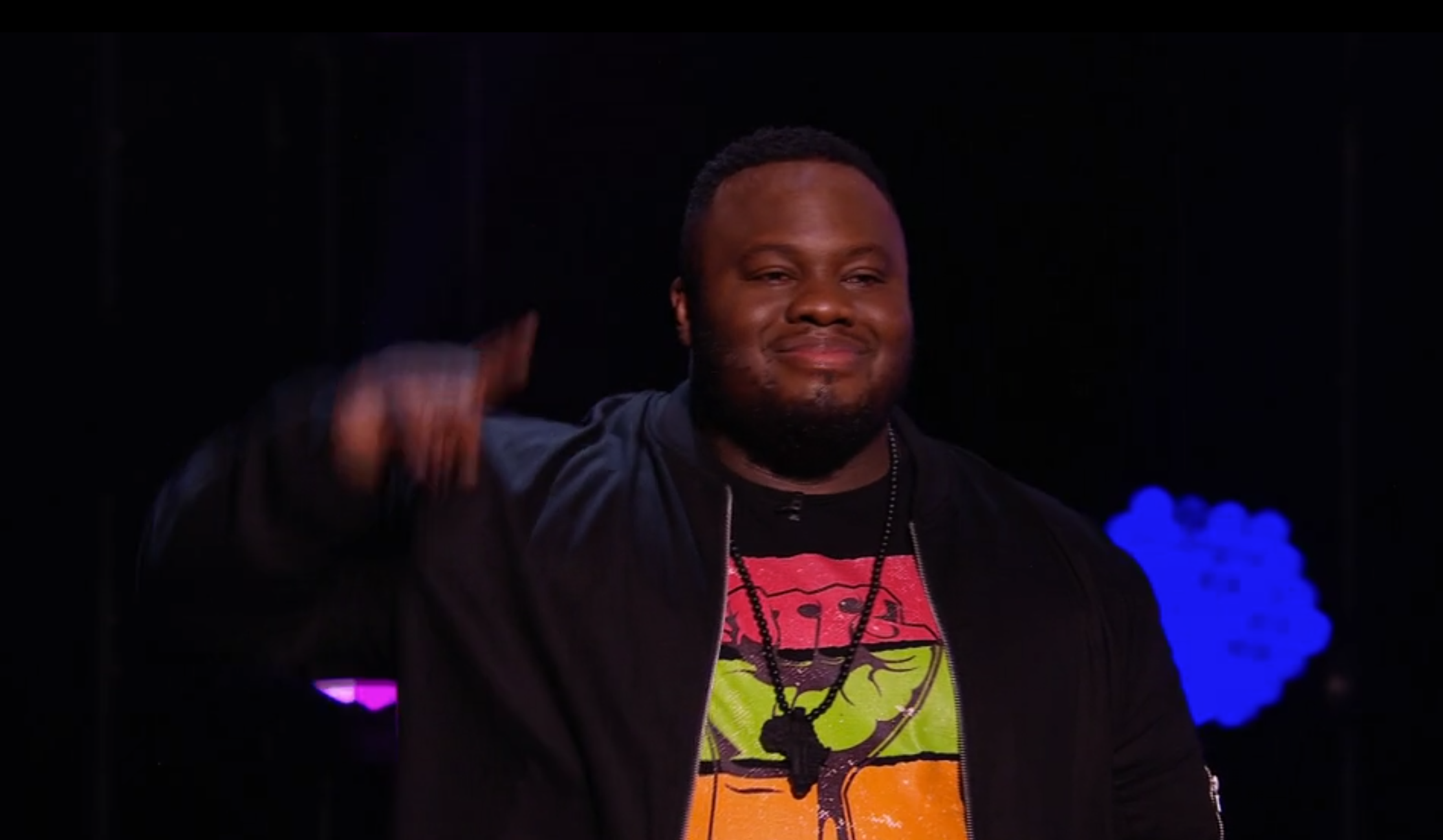 He compared security guards in shops to his own bodyguards – saying he didn't even have to pay for them, and said that his "white liberal left-wing friend" told him to "forget he was black" so that he wouldn't suffer racism.

His act was praised by the judges, who sent him through into the forthcoming Britain’s Got Talent final.

“I think you’re very brave to take on the subject of racism,” said judge Alesha Dixon, who gave him the Golden Buzzer. “It’s very poignant right now and we all need to learn to laugh a bit more and have a sense of humour.”

Britain’s Got Talent continues on Saturday at 8pm on ITV.