WARNING: This article contains potential spoilers for Ms Marvel and the Disney Cruise.

Fans of the Marvel Cinematic Universe are still mourning the loss of the original Captain America – Steve Rogers – even years after his exit from the franchise. The tear-jerking moment came at the end of Avengers Endgame when he stayed in the past to live a life with Peggy Carter instead of returning to the present.

Since then, Falcon and the Winter Soldier aired on Disney Plus, a show which acted as an introduction to the new and improved Captain America: Sam Wilson.

Now, fans have had their first glimpse at the character in action.

Get Disney+ Membership At A Discount

Want to watch every single movies from Marvel, Pixar, 20th Century Fox? Disney+ includes all of its animated classics, as well as the complete Star Wars saga, and hundreds of titles in between! There are also new exclusive boxsets added all the time. Sign up for an annual subscription at the link to save over 15% off the monthly price!

The video clip – which is embedded in this story below – comes directly from the Disney cruise.

The action-packed footage played throughout the attendees’ dinner, showing Captain America and Hope Pym – Wasp – battling against what looked like some evil robots.

Captain Marvel arrived at the last minute, saying: “Funny who you run into at a cruise,” before greeting the Avengers.

After destroying the threats, the two characters exchanged pleasantries, before Captain Marvel called Wilson “Cap” – acknowledging his seniority in the Avengers.

Then, the real excitement began, as Ms Marvel ran onto the screen. 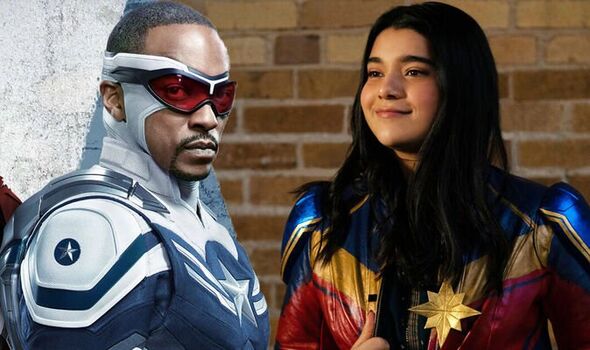 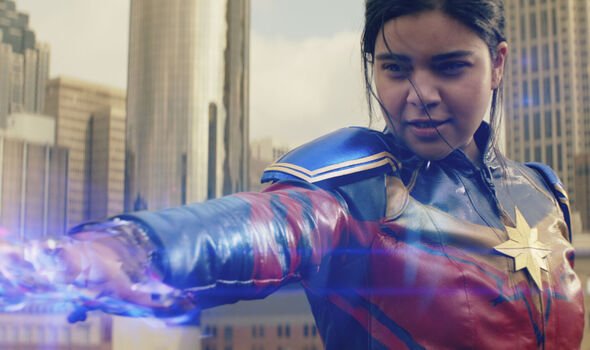 Ms Marvel’s Disney TV series has not yet come to an end, but fans of the franchise know Kamala Khan is an enormous fan of Captain Marvel.

When she arrived next to Captain America she was adorned in her new lightning bolt-emblazoned outfit, before she started quizzing Cap on what Captain Marvel said.

She finished the conversation by folding her arms and smiling at the camera: “Classic Captain Marvel!”

This is not only the first time fans have seen Ms Marvel interact with any other Avenger but also a major confirmation of where the upcoming series of Ms Marvel is going. 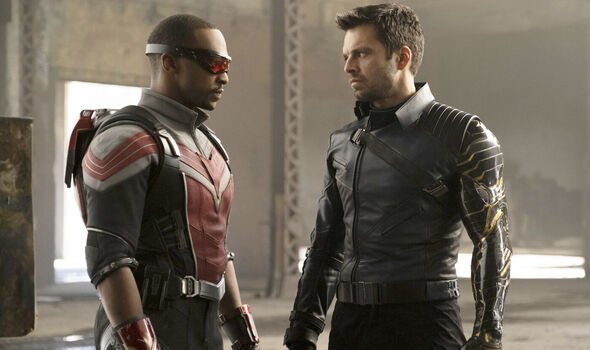 Chris Evans says his contract is up playing Captain America

Viewers last saw Ms Marvel learning of the hidden race of warriors known as the Djinn, before being attacked by them.

After this clip, however, fans will surely know that Ms Marvel will eventually team up with at least one member of the Avengers and go on adventures with them.

This also leads into the next Marvel movie Kamala is involved with: The Marvels.

In the upcoming movie, Kamala teams up with her hero – Ms Marvel – as well as Monica Rambeau, who is better known in the comic books as Photon or Spectrum.

Although the Disney Cruise clip was only short, it interestingly only showed the four Avengers.

This is especially surprising considering how many new characters have been introduced to the MCU over the past two years.

To name a few, Black Widow has been replaced by Yelena Belova, and Hawkeye is training up a newcomer in Kate Bishop.

Later this month Thor: Love and Thunder hits cinemas, which will likely reintroduce Jane Foster into the series as the main Thor archetype of the series.

Unfortunately, it seems as if fans are not going to be getting the Reed Richards they want.

A version of Reed from a different universe was introduced during the events of Doctor Strange in the Multiverse of Madness, and was played by John Krasinski.

This casting was particularly exciting considering the star had been fan-casted for years.

But a recent comment from director Sam Raimi hints that Marvel will be looking for someone else to play the leader of the Fantastic 4 going forward.

Ms Marvel, Captain Marvel, the Captain America trilogy and Falcon and the Winter Soldier are available to stream on Disney Plus now.